Trump administration makes it easier to buy alternative to Obamacare 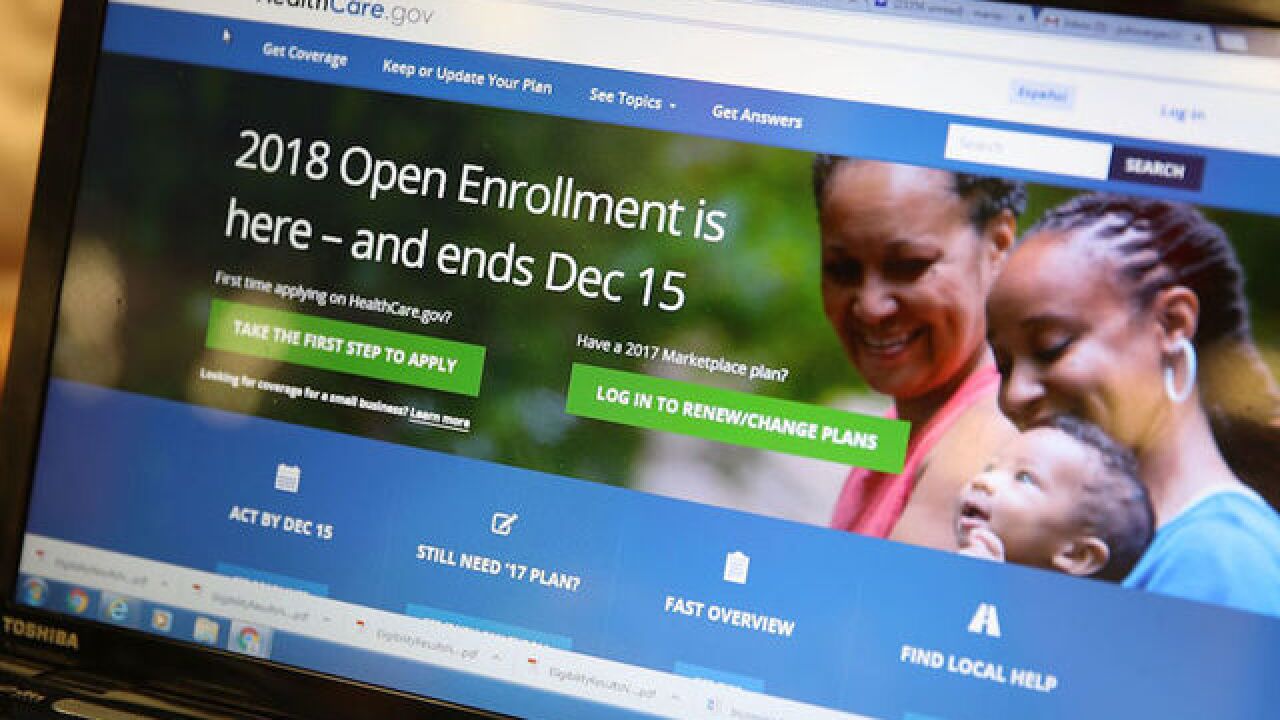 The Trump administration took another whack at the Affordable Care Act on Wednesday.

Officials unveiled a final rule that will make it easier to obtain coverage through short-term health insurance plans, which don't have to adhere to the law's consumer protections.

The move would reverse an Obama administration decision to limit the duration of short-term plans to no more than 90 days in order to make them less attractive. Insurers will soon be allowed to sell these policies for just under a year. They can be renewed for up to 36 months, though that renewal isn't guaranteed.

Administration officials say the short-term plans will provide a cheaper health insurance alternative for those who can't afford to buy coverage on the Obamacare exchanges.

"We fully recognize that these products are not necessarily for everyone, but we do think they will provide an affordable option to many, many people who've been priced out of the current market under the Obamacare regulations," said Randy Pate, a deputy administrator at the Centers for Medicare & Medicaid Services.

But patient advocates and health policy experts argue that these policies provide only skimpy coverage and will undermine the Affordable Care Act. Other actions the administration has taken this year include making it easier for small businesses to band together to buy coverage and slashing support for a program that helps people sign up for Obamacare.

Short-term plans could roil the Obamacare market by drawing healthier consumers away from the exchanges and pushing up the premiums for those who remain.

The plans, which have been available for years and were originally designed to fill a temporary gap in coverage, will likely be cheaper than Obamacare policies. But that's because they are allowed to exclude those with pre-existing conditions and base rates on an applicant's medical history, unlike Obamacare plans.

They can also impose annual or lifetime limits, meaning they may only pay out a set amount -- often $1 million or less -- leaving the policyholder on the hook for the rest. And, unlike Obamacare policies, they don't have to cap consumers' cost-sharing burden at $7,350 for 2018.

Young and healthy folks may like these plans because they come with lower monthly premiums. Some people who don't qualify for Obamacare premium subsidies could pay 50% to 80% less for a short-term plan than for one on the exchange, according to the administration.

But those who actually need care could find themselves having to pay more out of pocket for treatment and medications. In fact, some consumers with these plans have complained that they've been hit with unexpected expenses.

Loosening Obamacare's rules protecting those with pre-existing conditions also risks a backlash from the public since these protections are among the health reform law's most popular provisions. Three-quarters of respondents to a recent Kaiser Family Foundation poll said it is "very important" that Obamacare's rule prohibiting insurers from denying coverage due to a person's medical history remains law, while nearly that many feel the same way about banning insurers from charging sick people higher rates.

The administration's short-term plan proposal was widely criticized by patient advocacy and hospital industry groups, saying it could leave people without coverage when they get sick. The two major insurance industry associations also expressed concerns about expanding the availability of these plans. In April comments to the Centers for Medicare & Medicaid Services, the insurer groups said that doing so could destabilize the individual market and cause premiums to rise for those who want comprehensive coverage.

"Congress, the Administration, and the states should work to stabilize the individual market -- not simply create a parallel market that works only for healthy people," wrote the Blue Cross Blue Shield Association, a national federation of 36 independent Blue Cross and Blue Shield Plans.

Administration officials said that the plans will contain notices urging consumers to read their policies carefully so they understand what is covered and what isn't. The notice will say that these plans do not meet Obamacare's minimum essential coverage requirements, meaning policyholders will be considered uninsured and will not be able to switch to a plan on the exchange outside of Obamacare's open enrollment period. And it will let consumers know that there may be provisions such as dollar limits on benefits.

"These policies are different from those offered on the exchange," said James Parker, senior advisor to Health Secretary Alex Azar. "We make no representation that it's equivalent coverage. These policies will not necessarily cover the same benefits or extend coverage to the same degree."

Short-term plans are also very profitable for insurers -- more than one-third of the premiums people pay goes toward overhead and profit instead of paying for policyholders' health care, according to data from the National Association of Insurance Commissioners. Insurers in the individual market aren't allowed to spend more than 20% on these expenses.

The Trump administration estimates that only up to 200,000 Obamacare enrollees will leave because of the changes to short-term plans. But other projections run far higher -- the Urban Institute predicts 2.2 million fewer people will enroll in Affordable Care Act-compliant plans when short-term plans become more widely available.

That order also spurred the administration to issue a final rule last month aimed at making health insurance cheaper for some small employers. The move allows small businesses and the self-employed to join together based on their industry or location and purchase health insurance through association health plans.

However, these plans also don't have to adhere to all of Obamacare's rules, particularly the one requiring insurers to offer comprehensive coverage. These plans would likely have lower premiums, but they would also provide fewer benefits -- which could leave sicker and older workers out in the cold. Also, the offerings could be less attractive to young women if they don't cover maternity benefits.