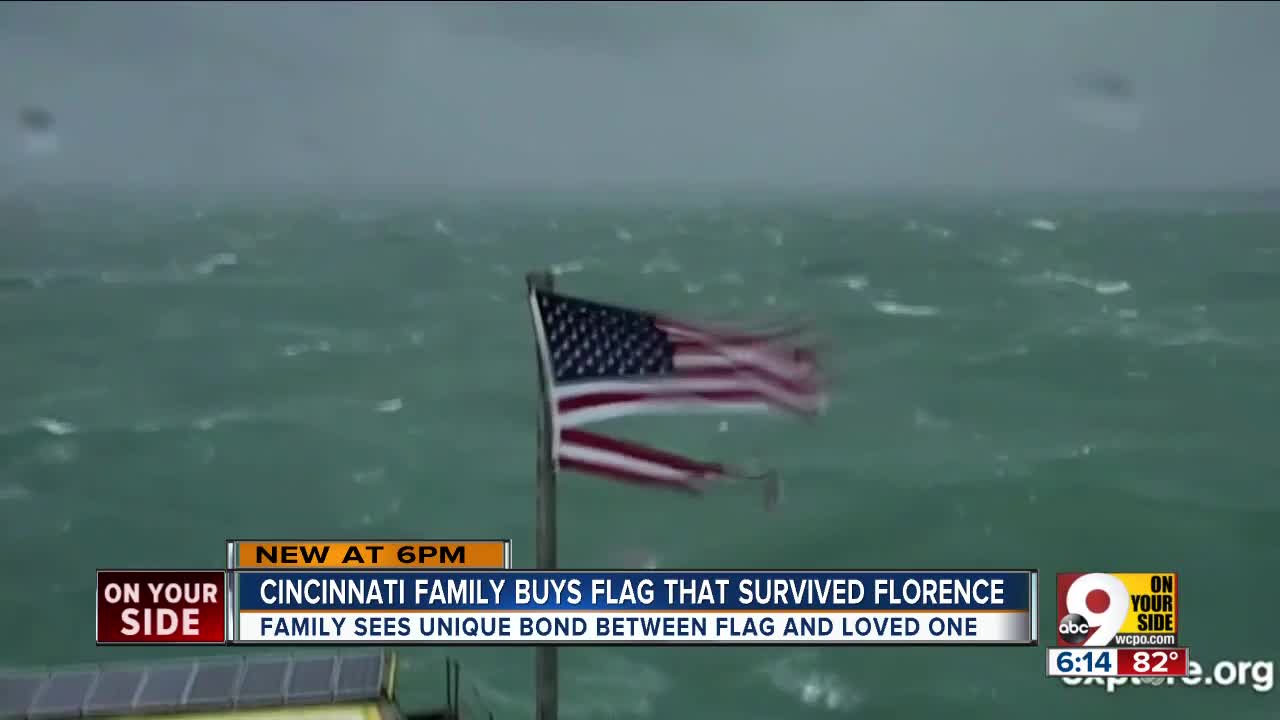 A Cincinnati family sees a bond between the flag and a deceased loved one. Now, they won the flag for $10,900 on eBay. 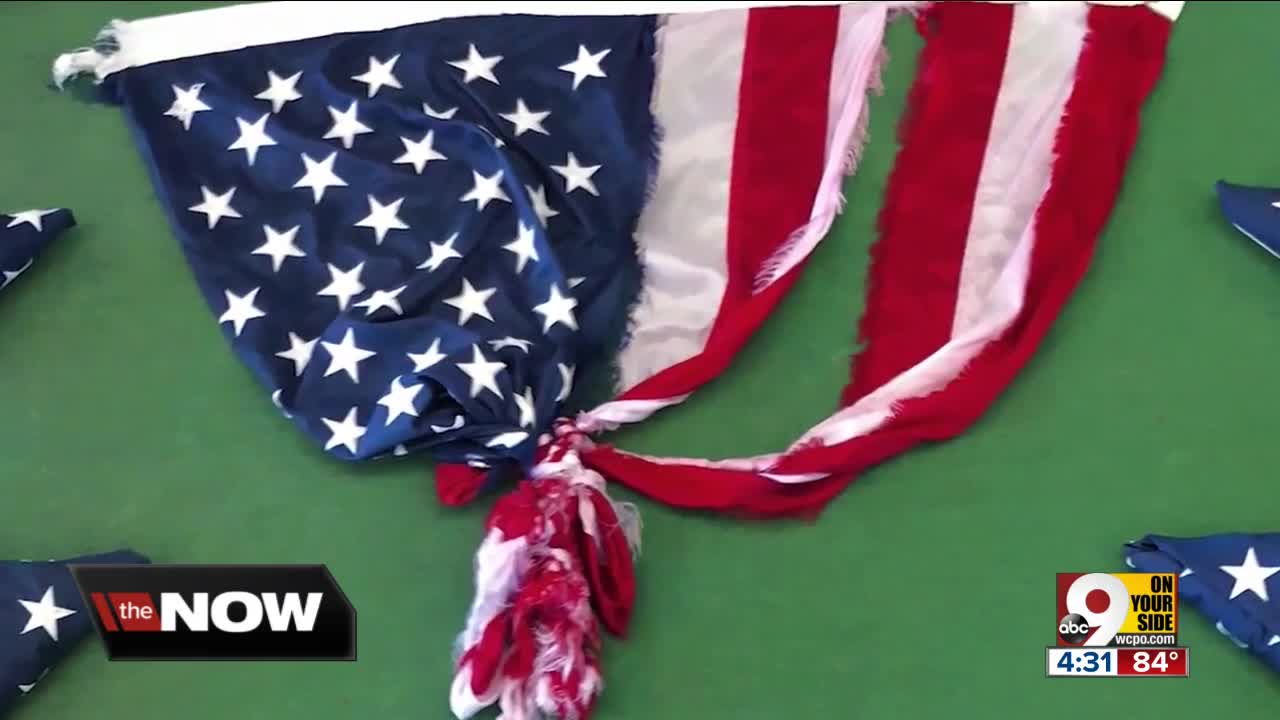 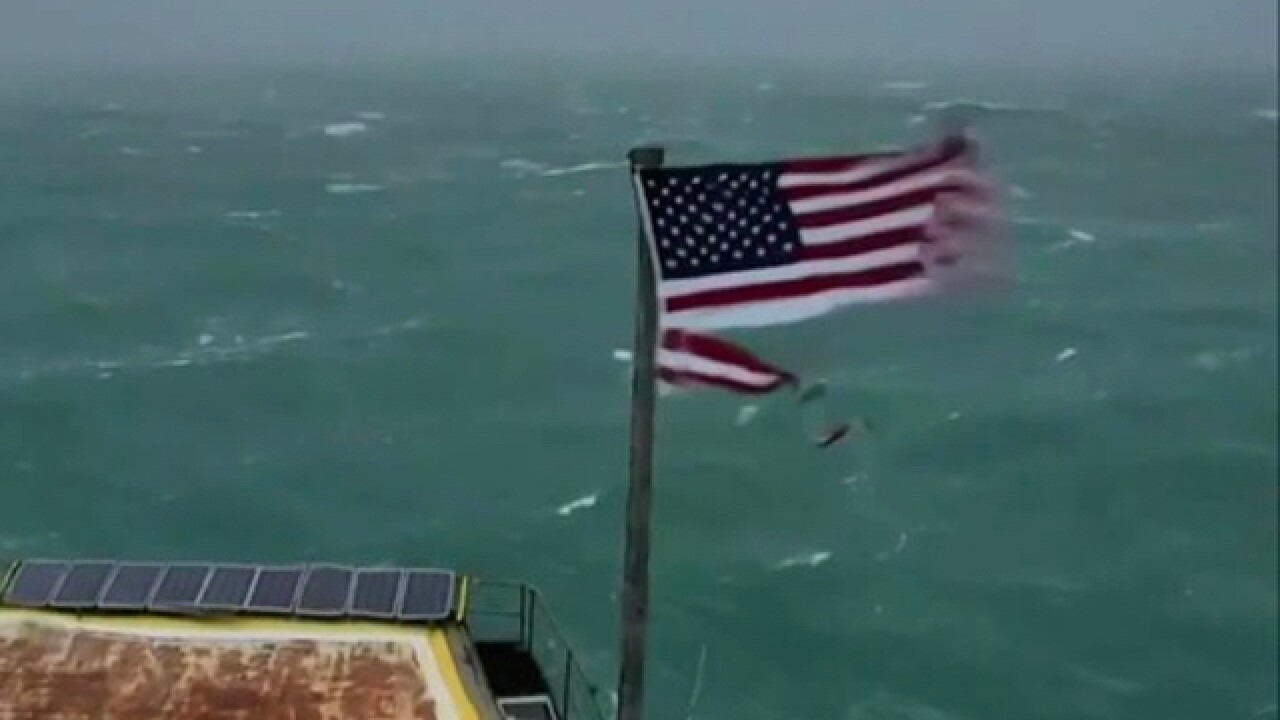 CINCINNATI -- A flag that became a viral hit online during Hurricane Florence is heading to a Cincinnati family who see a bond between it and a deceased loved one.

A livestream showed the American flag on Frying Pan Tower, an old lighthouse off the coast of North Carolina, being battered "but not destroyed" by the storm. As the video gained popularity, fans nicknamed the flag "Kevin."

Richard Neal, the lighthouse's primary owner, told CNN that he decided to sell the flag after seeing its popularity spread online. He set up an eBay auction, with the money going to the American Red Cross.

When family members of Kevin Caruso saw the flag was up for auction, they knew it only made sense to bid on it. They said the connection between Caruso and the flag was more than just the name Kevin; it was the same fight and strength in the face of a storm.

Caruso was a Cincinnati native who graduated from Elder High School in 1972. He ran his family's business for a time before moving out of state. After fighting prostate cancer for months, he died on Sunday morning, not long before bidding closed.

"We said, 'That's Kevin. He was a fighter and, again, in our lives how he inspires us as a family is just never quitting," his brother, Mike Caruso said. "... Having the faith to keep pushing through, that part if it, and seeing our flag pushing through and saying, 'I'm not going anywhere,' that was Kevin."

The family won the auction for $10,900. The money will be used to help families impacted by Florence.