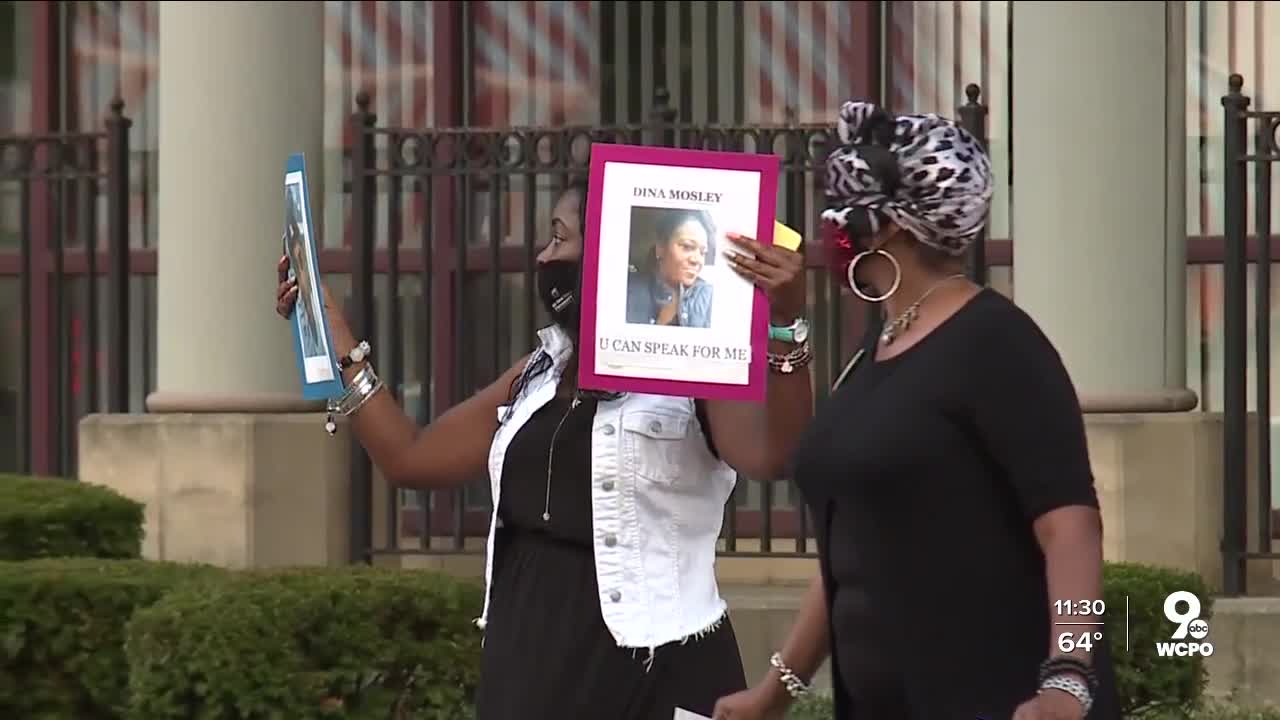 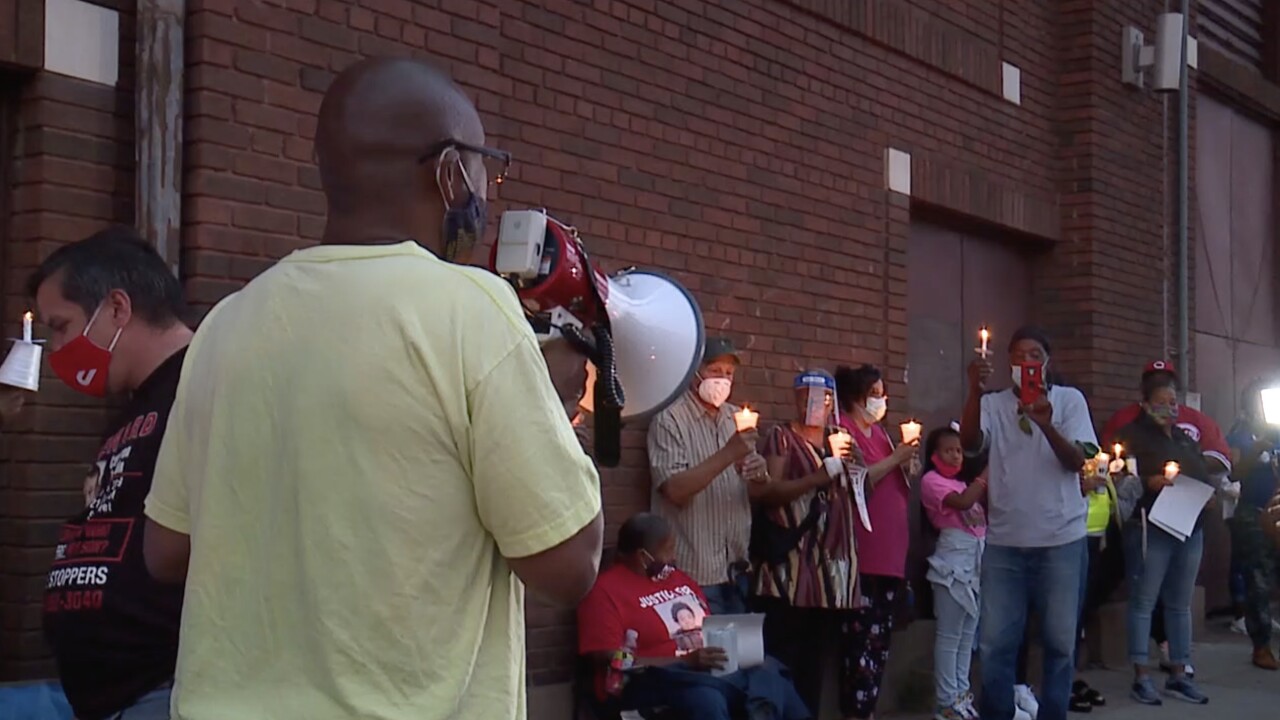 CINCINNATI — Hours after a shooting killed 32-year-old Leonard Powell and injured another on Hamer Street in Over-the-Rhine, candles flickered along Linn Street, lit for other victims of gun violence in Cincinnati.

As gun violence and fatal shootings have increased in the city throughout the year, claiming at least 68 lives in 2020 so far, families of victims gathered to form a prayer chain and take a stance against the violence.

"Ain't nobody tell you you'll get over it, because it's like a void within you, that you can't get over," said Kathy Thompson at the vigil. Her grandson was killed in College Hill in 2017 and his case has still not been solved.

She and other family members stood together, the faces of their loved ones laid out on buttons and photographs, pleading for answers and an end to gun violence.

"We are tired of burying our young children," said Hope Dudley, founder of the organization UCanSpeakForMe, which provides support for grieving families and shines light on cold cases throughout the Greater Cincinnati region.

The organization works with the Ohio Department of Corrections to print cold case cards, adorned with the faces of victims whose murders have not been solved, which are distributed throughout prisons across the state in the hopes of sparking information and tips. Dudley started the organization to help families, like hers, who have lost loved ones to gun violence. Her son was shot and killed 13 years ago and for the last seven years, she's honored him alongside other family members with the candlelight prayer chain.

"Our children are fatherless," said Dudley. "And our mothers are teeter-tottering between sane and insane because of gun violence. It's a no-win situation."

Dudley and family members gathered at the vigil called for community members to stand up, speak out and, most importantly, say something when they see something.

Anyone with information on a fatal shooting in Cincinnati, whether recent or not, can report it anonymously to CrimeStoppers at 513-352-3040. There are rewards for information leading to the arrest of someone who committed a shooting.