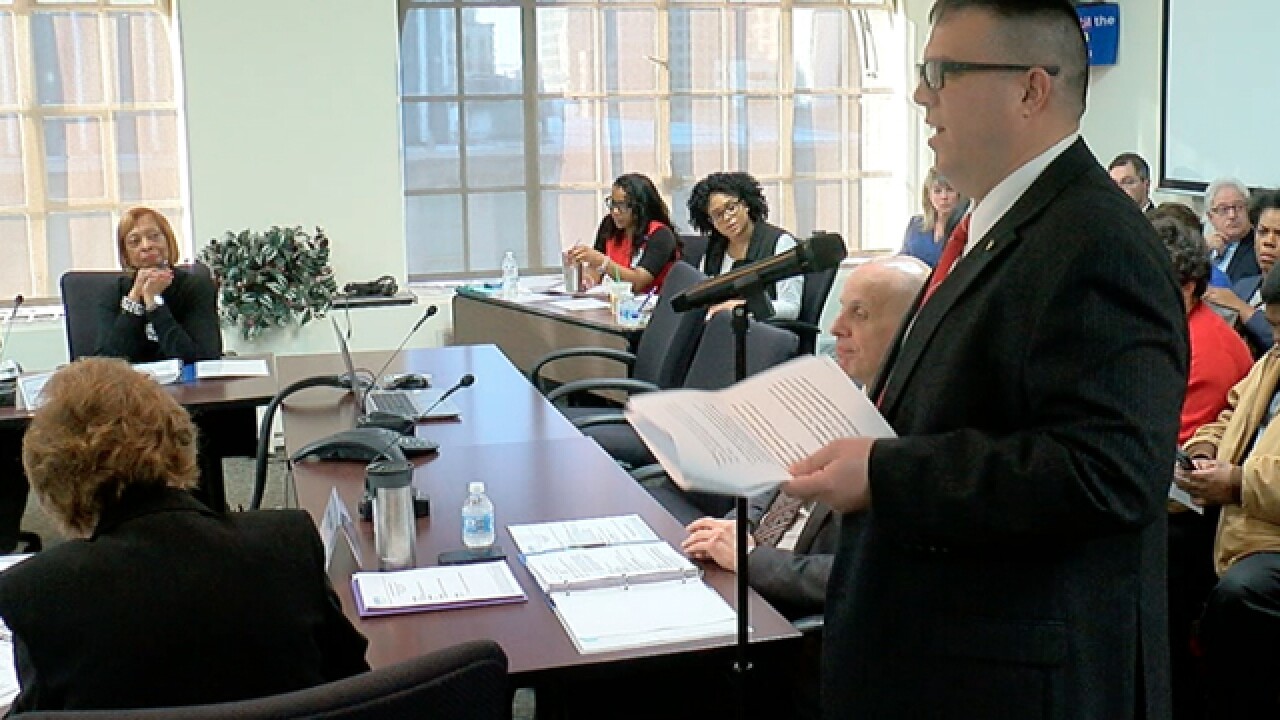 CINCINNATI -- Six new members swore their oaths Tuesday to serve on the region's transit board, as the agency prepares to reinvigorate its bus service through a proposed transit-dedicated sales tax.

Blake Etheridge, Allen Freeman, Robert Harris, Thaddeus Hoffmeister, Pete McLinden and Kathleen Wyenandt all got their first glimpse into the road ahead as the Southwest Ohio Regional Transit Authority searches for a fix to fill a looming $150 million budget shortfall over the next decade.

All six new members were appointed unanimously by the Hamilton County Board of Commissioners. The city of Cincinnati gets to appoint seven of the board's members, based on nominations from the mayor. The city council last week rejected Mayor John Cranley's first nomination for the new board.

The SORTA board of trustees last summer resolved to pursue a Hamilton County-wide ballot measure that would levy a sales tax as a new, permanent source of funding for Metro service. The board has yet to determine how much of an increase they would ask voters to approve.

Cincinnati remains Ohio's only major metropolitan area that does not fund bus service through a county sales tax.

While there was no discussion or action taken on a tax proposal by the new board, they heard a lot from the public on the issue.

"The customer gets left out of all this political hoorah going on," said Cameron Hardy, who heads up the grassroots Better Bus Coalition. "The reality is that we are affected the most. We have 101 buses past their useful lifespan. We need to be talking about that. We're asking taxpayers to pay more. We're cutting routes.

"Those are the things we need to be talking about."

Miller mentioned what he called "high" administrative salaries alongside route cuts and a potential fare increase this year.

"We're a transportation company," he said. "We need to be showing the public that we're using their money properly."

The board will meet again Tuesday, March 20.