'We can’t call the police on the police, so who will help us?' 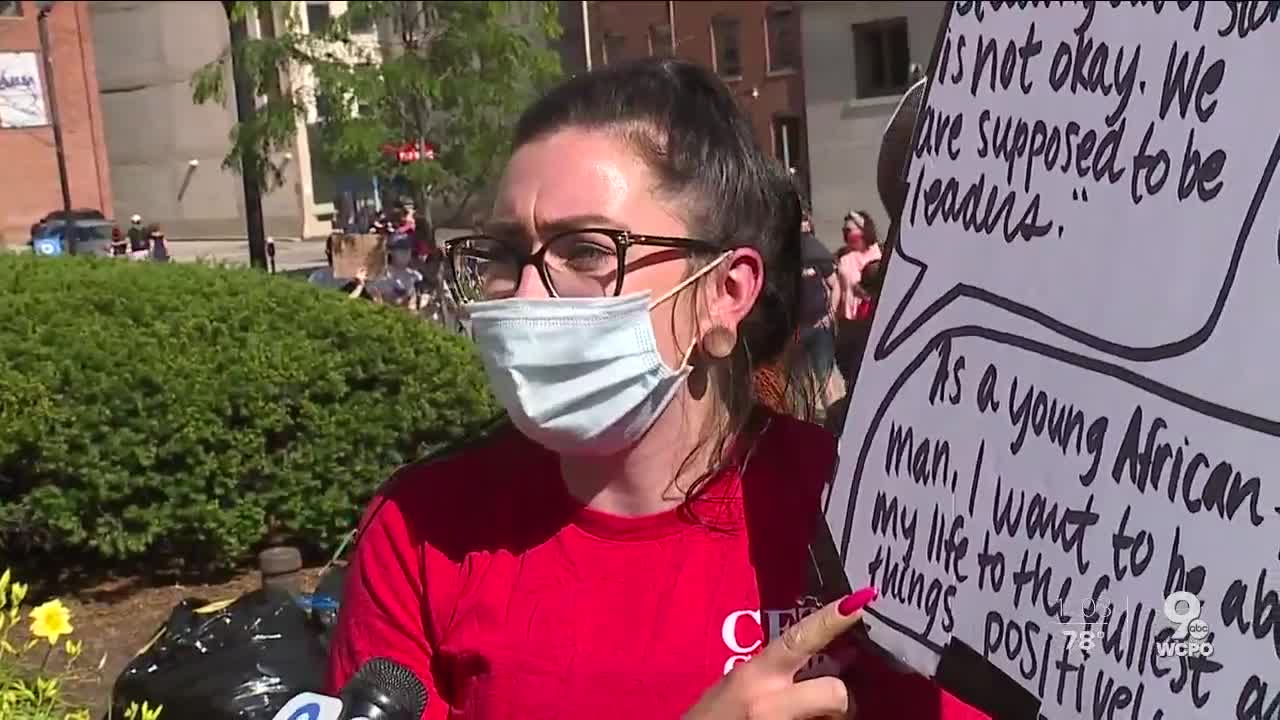 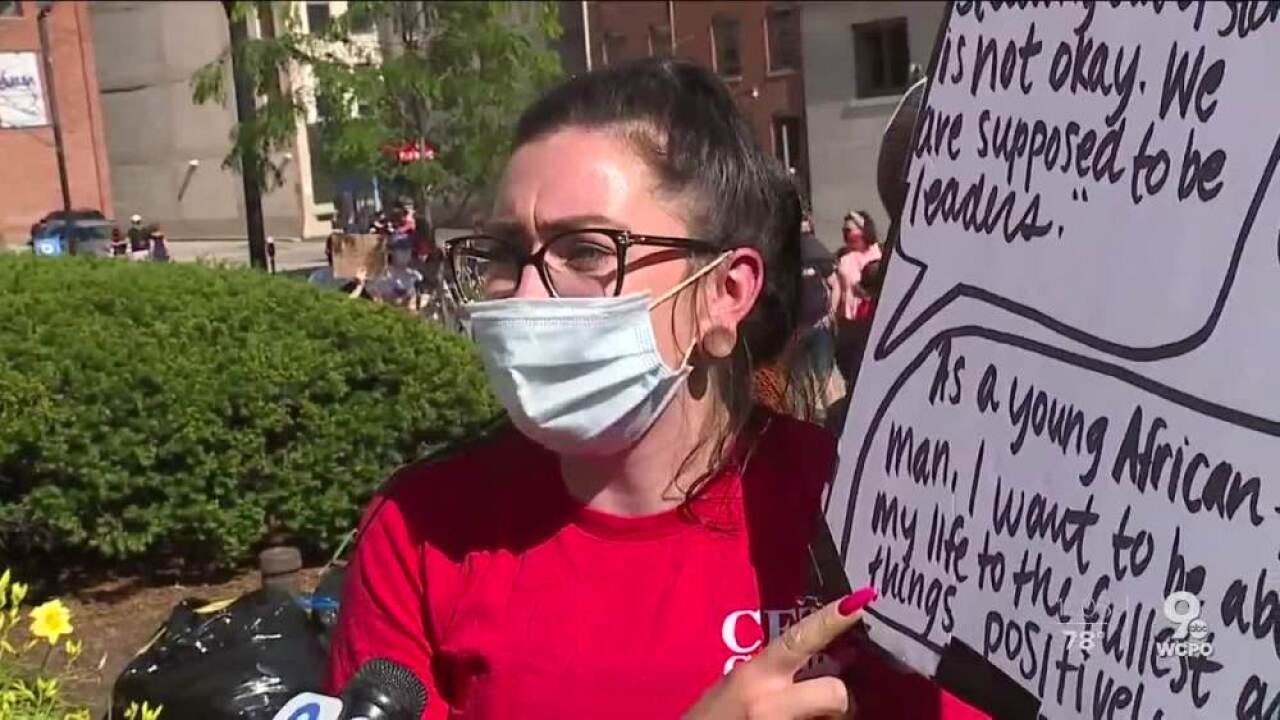 CINCINNATI — Andrea Spenny didn’t decorate her sign with a slogan when she marched with anti-police brutality protesters on Sunday. She used the words of her own summer school students.

We can’t call the police on the police, so who will help us?

We should be able to walk outside or stay on our porch without feeling like our lives are in danger.

As a young African-American man, I want to be able to live my life to the fullest and see things positively.

Sunday’s protest downtown was Cincinnati’s largest in the 10 days since similar demonstrations began to spread across the United States. Thousands of protesters flooded Fountain Square, marching in numbers that shut down traffic on Main Street near the Hamilton County Courthouse.

Spenny teaches English at Woodward High School in Bond Hill, where a little over 92% of residents are black. She said her students know firsthand what it’s like to be scarred by encounters with police.

“It’s not uncommon to hear stories of police brutality and kids whose houses have been raided by SWAT when they were six years old,” she said. “And at 17, that sticks with them, and nobody’s helped them through that trauma.”

They also know how it feels to be belittled and characterized as troublemakers, she added, regardless of their own personal histories and actions.

“Unfortunately, we’re one of the schools in the district that gets stereotyped,” she said. “We’re one of ‘the bad schools.’ We’re always on the news for negative things.”

The messages they passed on to Spenny were expressions of a feeling of voicelessness. Although the protests emerged from outrage around police brutality, Spinney said she hopes they can also empower black voices and draw attention to other challenges facing black Americans.