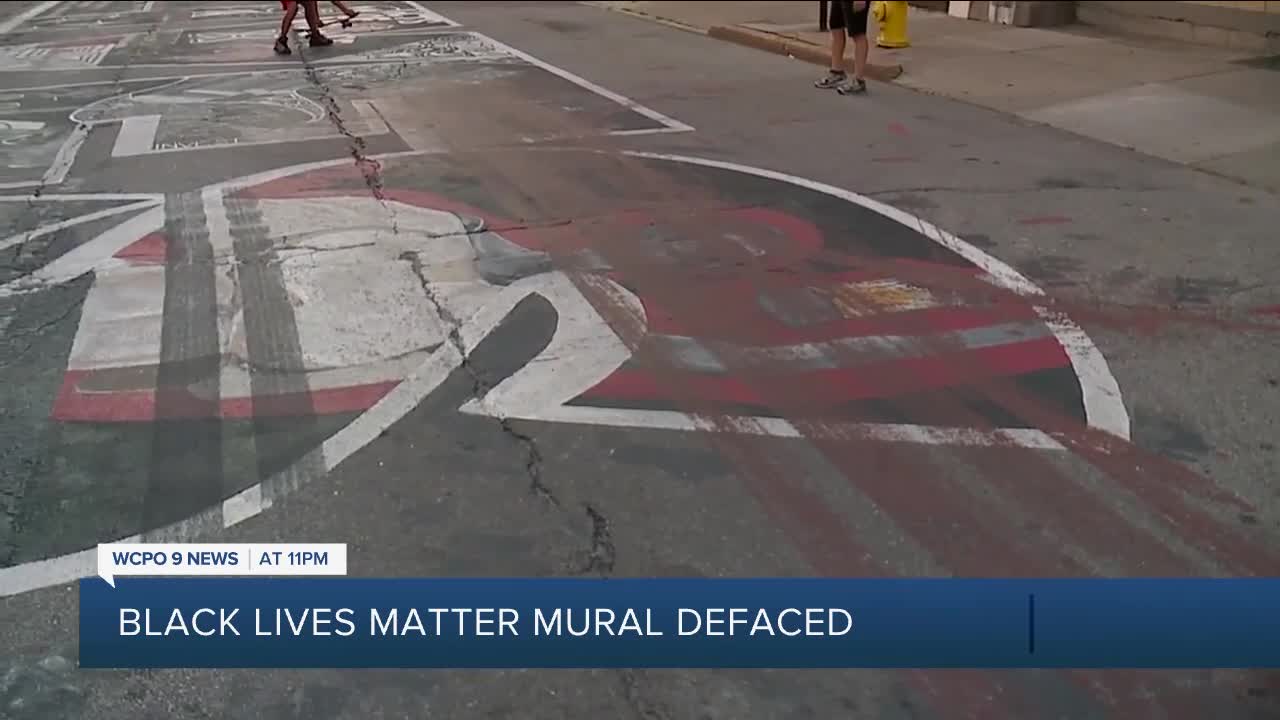 A group of close to 20 people gathered at the defaced Black Lives Matter mural in front of Cincinnati City Hall Tuesday night. People at the scene said it looks like red paint has been poured on the existing artwork.

CINCINNATI — A group of close to 20 people gathered at the Black Lives Matter mural in front of Cincinnati City Hall Tuesday night, sitting in the street.

WCPO's crew on the scene said it appeared that red paint had been poured on the mural.

Right now, it is unknown who defaced the mural that was painted on Plum Street between Eighth and Ninth Streets by local artists almost a month ago.

The Cincinnati Police are looking into the incident -- they're asking anyone with any information to call Crimestoppers at 513-352-3040.

Surveillance video footage of the @CityOfCincy Black Lives Matter mural being damaged on 7/12/20 @ 2:20 a.m. Please call @CincyPD_3523040 w/ any information about who was involved in this incident. pic.twitter.com/FDyLbbrbkn