As Hamilton County patrols for pot, here's why 4/20 became the international weed holiday 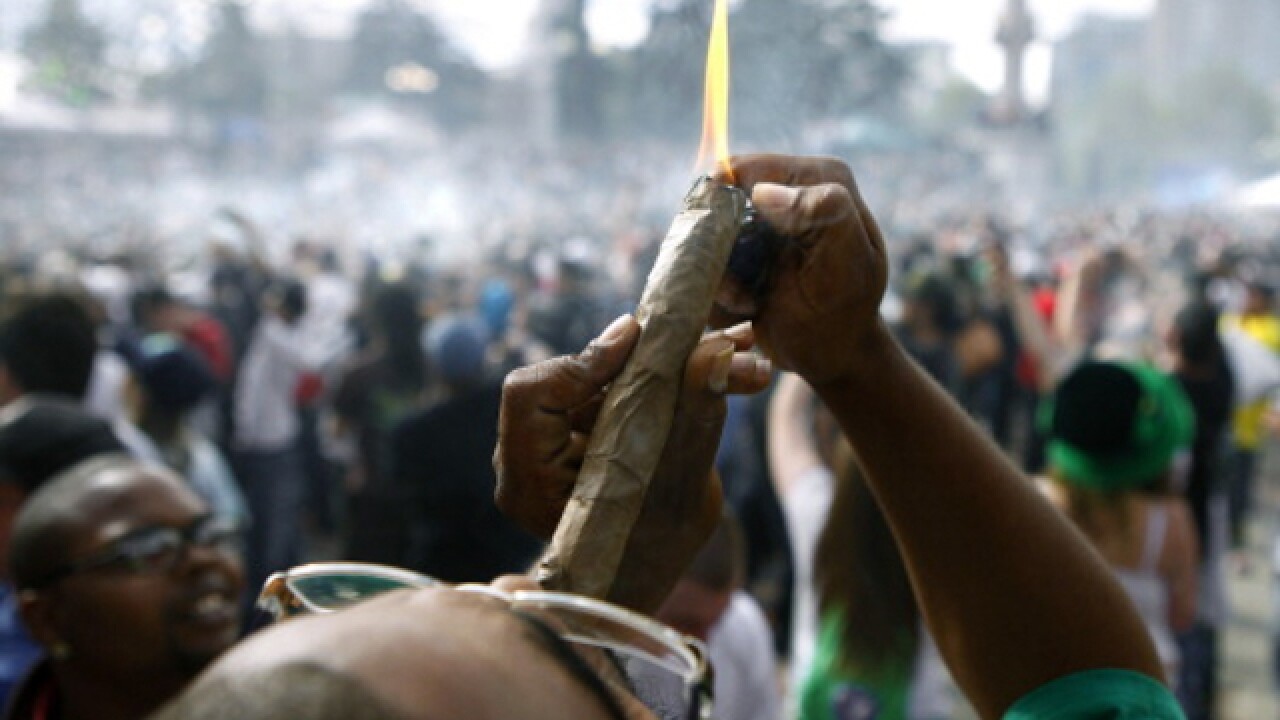 Copyright 2018 Scripps Media, Inc. All rights reserved. This material may not be published, broadcast, rewritten, or redistributed.
Marc Piscotty
<p>DENVER, CO - APRIL 20: A person identifying himself as Jermagisty Tha King of Denver lights up a 28 ounce blunt at exactly 4:20 p.m. as thousands gathered to celebrate the state's medicinal marijuana laws and collectively light up at 4:20 p.m. in Civic Center Park April 20, 2012 in Denver, Colorado. Colorado goes to the polls November 6 to vote on a controversial ballot initiative that would permit possession of up to an ounce of marijuana for those 21 and older. (Photo by Marc Piscotty/Getty Images)</p>

While speaking with the driver, Maus caught a whiff of the contraband and searched the car.

Across the county in Cleves, Police Chief Rick Jones baited a rudimentary "trap" with Cheetos and Doritos to prey on potheads' munchie needs.

"Did you know fentanyl has been found in the Cincinnati area mixed with marijuana? Don’t fall for the trap. Be safe today," Jones wrote on Twitter, noting that drugged driving is a crime.

Happy 420 Day!! Drugged driving is still a crime folks. Extra officers will be out for traffic enforcement. Did you know fentanyl has been found in the Cincinnati area mixed with marijuana? Don’t fall for the trap. Be safe today- see you out there. pic.twitter.com/Rf5D16nZmo

Last year, Hamilton County Coroner Lakshmi  Sammarco told VICE that her office hadn't seen fentanyl-laced weed at all and that her initial remarks on the subject ("We have also seen fentanyl mixed with marijuana.") had been misinterpreted. Check out that article here.

So, why exactly has April 20 become inextricably linked with weed across the globe?

CNN broke down the urban legends connecting 4/20 to a California penal code, police radio code and a Bob Dylan song, leaving a secret high school code dating from the 1970s as the most likely origin story for the holiday.

Apparently a group of friends called "the Waldos" at San Rafael High School north of San Francisco would often meet at 4:20 p.m. to get high, according to Chris Conrad, curator of the Oaksterdam Cannabis Museum in Oakland, California.

"For them, it was an ideal time: They were out of school but their parents still weren't home, giving them a window of unsupervised freedom," CNN reports. "The 4:20 time became a code for them to use in front of their unsuspecting parents, and 420 gradually spread from there -- possibly via Grateful Dead followers -- across California and beyond."