Artist brightens up outdoor dining barricades at Sundry and Vice 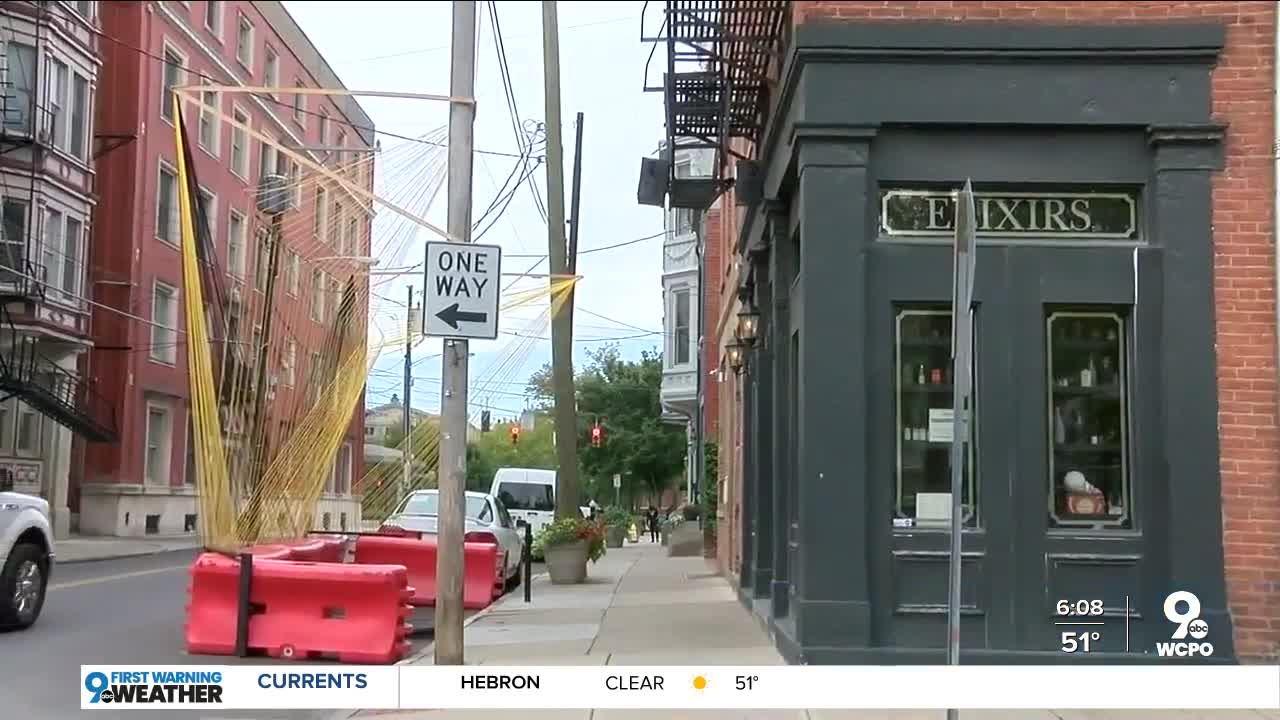 A local artist transformed the outdoor space of OTR's Sundry and Vice into a work of art. Sundry and Vice's general manager said the goal is to get people in the door. CINCINNATI — Getting people through the door is harder than it used to be for bars like Sundry and Vice, so they teamed up with an artist to create a piece right outside meant to catch your eye on Republic Street.

It’s been about two months since Dan Shields lost his job at a local PR firm.

"I spend a lot of time online applying for jobs, waiting for hearing back and not really getting anything," Shields said.

But instead of moping, the former creative director decked out the outside of Sundry and Vice with hundreds of strings of yarn. Shields said the installation is one of his smaller projects.

"This is actually one of the smallest ones I've done. The one at BLINK fit down an entire alley,” he said.

"I never really thought of myself as an artist. I originally did it for a festival that friends of mine were doing just to contribute. It's kind of spiraled out of control from there."

General manager Dean Mchone reached out to Shields, hoping he could transform the makeshift, outdoor space fashioned from those orange city barricades.

"We have lots of people that come in and ask, 'What is that? What's going on?' If we can get you in the door and get you a drink, then it's doing its job,” Mchone said. "It's been very tumultuous. It's been strange. We really wanted to help beautify the area and put a positive spin on the outdoor space.”

Sundry and Vice plans on keeping the installation up until it naturally deteriorates, which Shields said could be about two weeks.

"It's really easy to become depressed right now with COVID,” Shield said. “I just hope that people look at it and it just inspires a little bit of awe and wonder where right now you don't have a lot of that.”