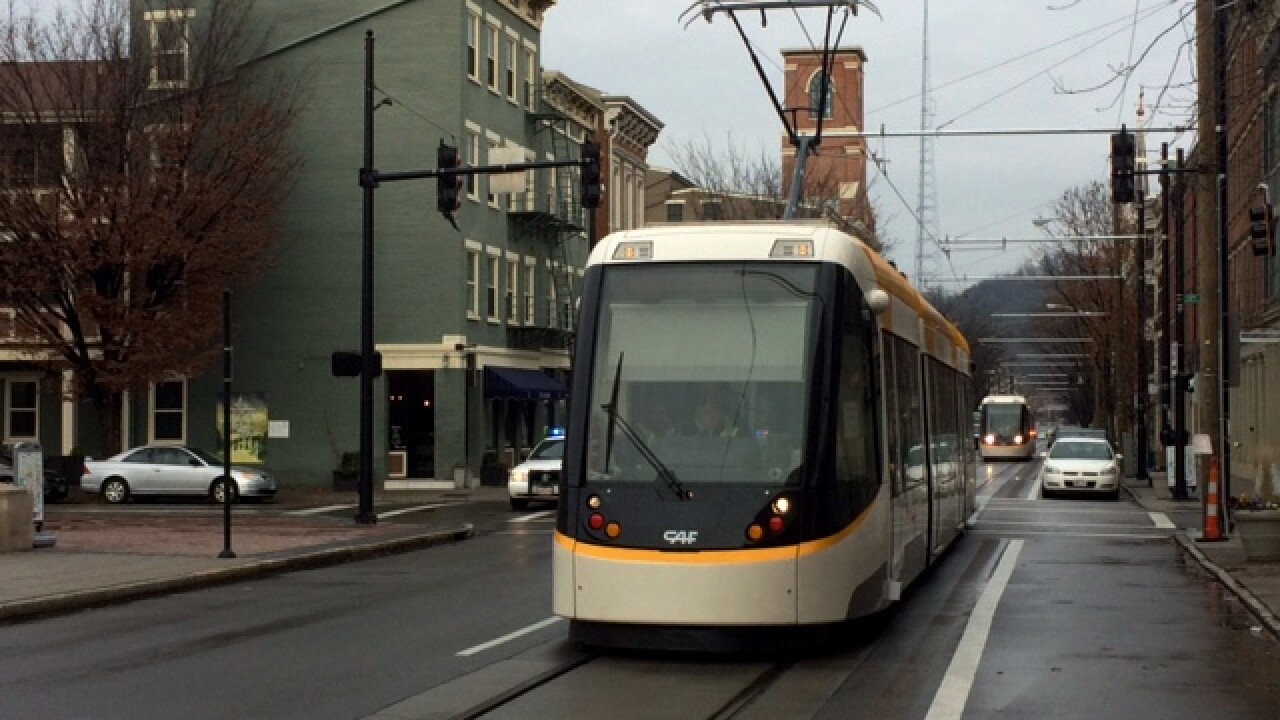 CINCINNATI — Mayor John Cranley indicated he would veto an earlier budget city council approved to fund the Cincinnati Streetcar. A Cranley aide told the council Monday that he won’t do it again.

The council’s budget and finance committee passed a new budget ordinance for the streetcar Monday by a vote of 5-2, with two abstentions. The new budget, which came with the recommendation of the city administration, would use $550,000 from the streetcar construction contingency fund for startup costs. There’s more than $800,000 in that fund.

Charterite Kevin Flynn, whose decision to break with the pro-streetcar coalition on council at the April 13 meeting sent the streetcar budget back to committee, abstained from voting for the “B” version of the budget, and instead championed another version.

Flynn’s “C” version of the budget ordinance would transfer $150,000 from a fund that had been designated for startup costs into the streetcar’s operating budget and $800,000 from the construction contingency. Flynn said his version would ensure that the streetcar wasn’t in a deficit by the end of its 2018 fiscal year.

“I’m just trying to get the operations dollars ... into the operations so that in Year 2, this council or the next council is not facing a need to either reduce service or increase funding through the use of general fund dollars,” Flynn said.

Flynn argued that dollars that were supposed to be used for streetcar operations had been used for “pre-operation” expenses.

The administration-backed “B” version of the ordinance has the support of the Federal Transit Administration, while Flynn’s has not been reviewed. That, and Cranley’s promise not to veto the new budget ordinance, led to its passage.

Democrat Yvette Simpson, a streetcar supporter, expressed concern about supporting an ordinance that only had five votes. But her fears were put at ease with the news that Cranley wouldn’t veto.

“I just hate that we’re back here again,” Simpson said. “I just want everyone to remember that we’ve all made concessions on this project.”

Voting against the new budget ordinance were Republican Charlie Winburn and Independent Christopher Smitherman. Smitherman questioned the numbers in the streetcar’s budget, arguing that revenue projections were too optimistic.

Flynn’s version of the budget ordinance could yet be the one council approves Wednesday if the FTA gives its blessing. City officials were set to review Flynn’s plan with FTA officials Monday evening.

Republican Amy Murray joined Flynn in abstaining. Murray, the chair of the Major Transportation & Regional Cooperation Committee, reminded the council that it would receive monthly updates on the streetcar’s financial position once it begins operating.

The streetcar is expected to go into service in early September.

Correction: An earlier version of this article indicated that Cranley vetoed the prior version of the streetcar budget; WCPO regrets this error.