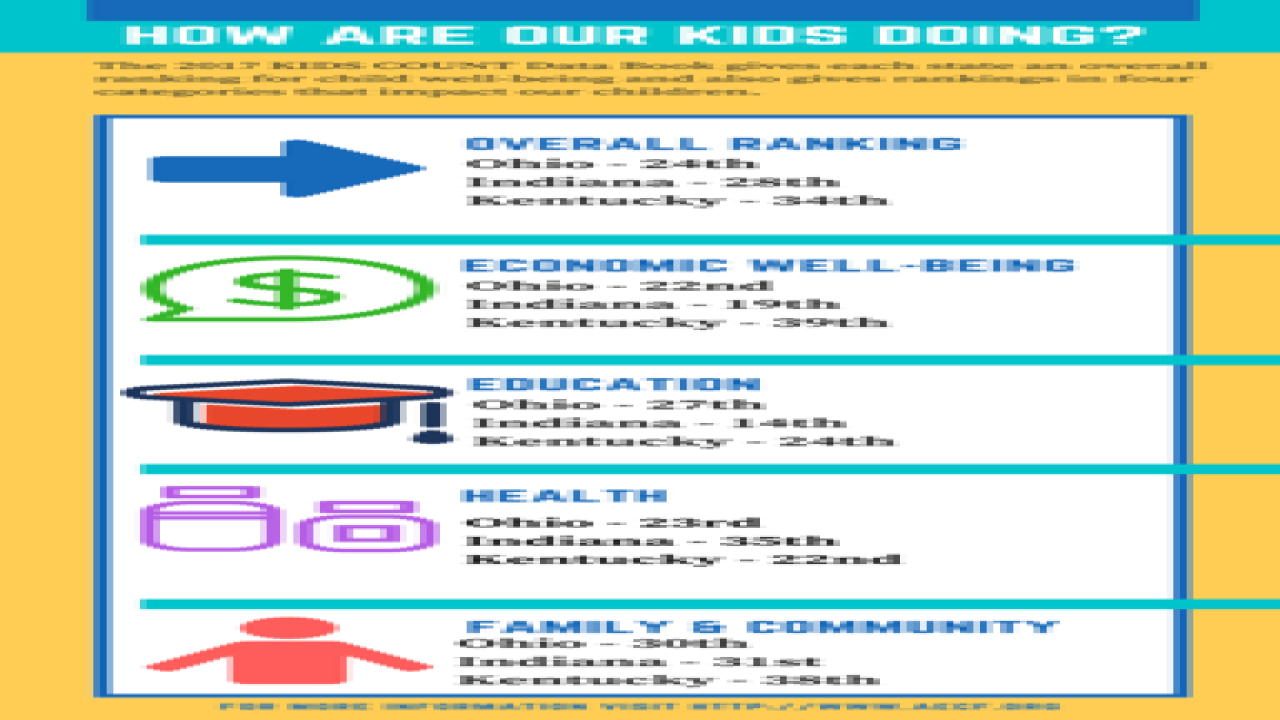 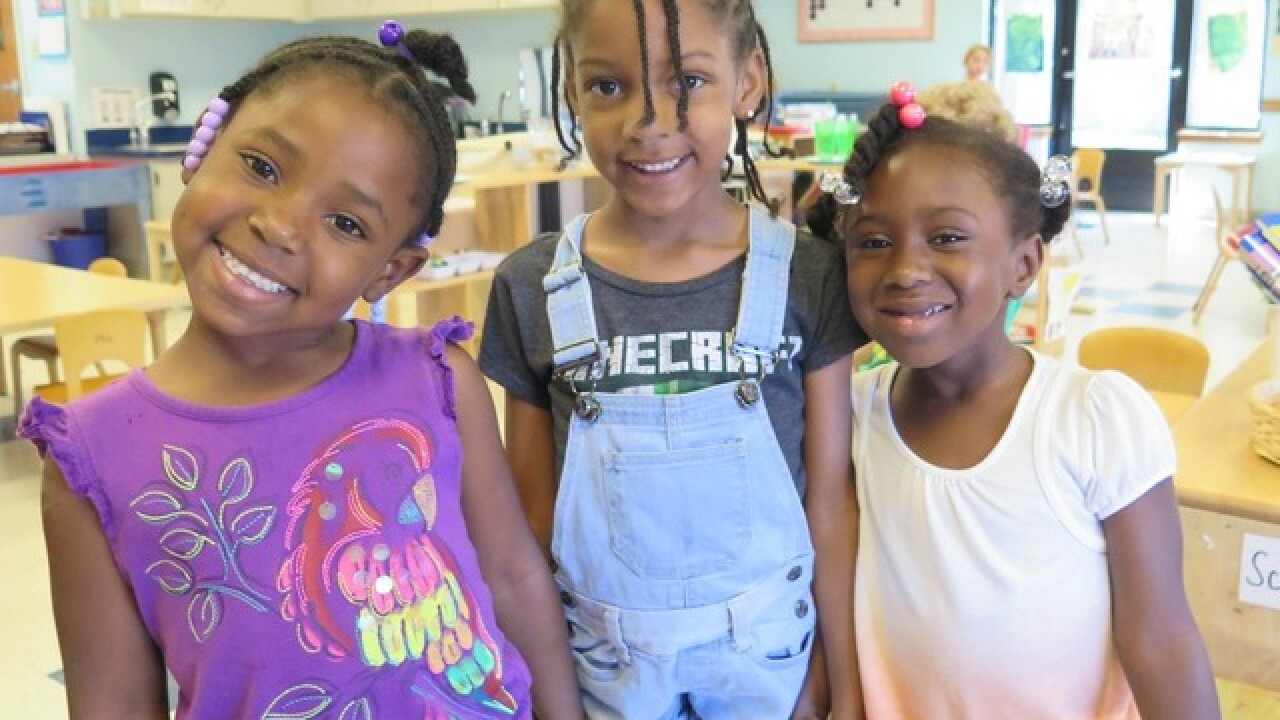 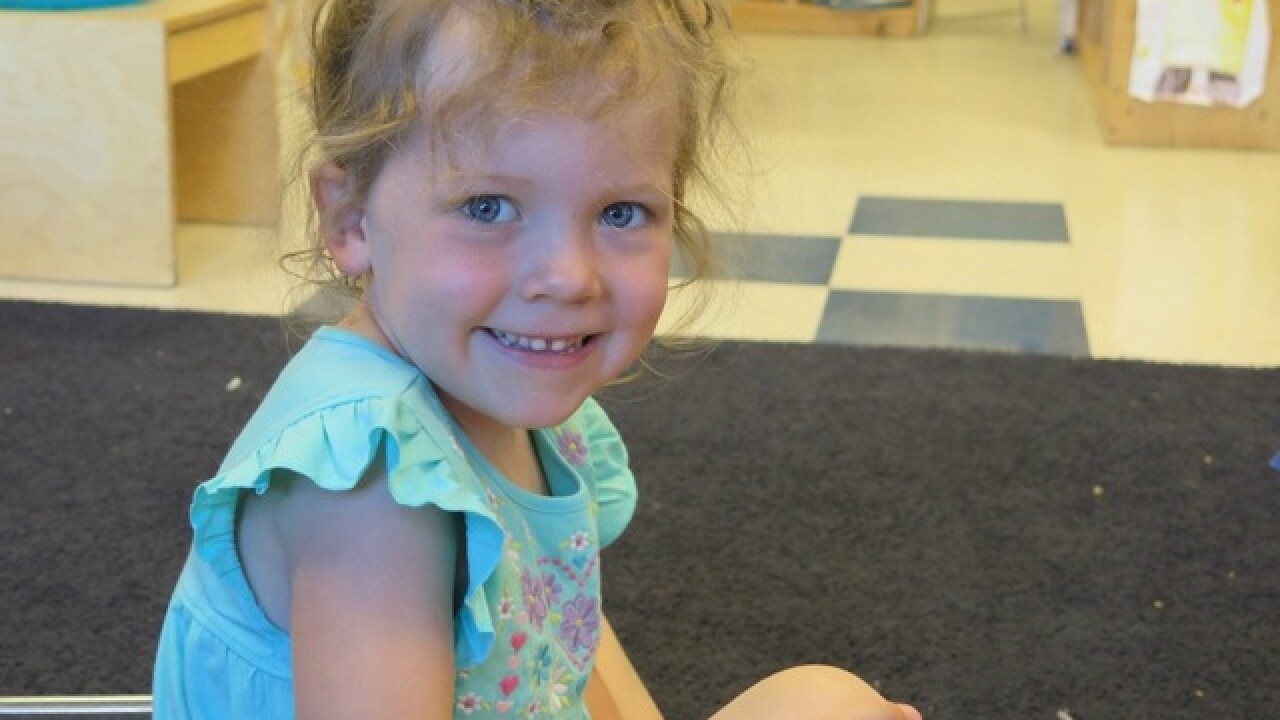 CINCINNATI -- There are bright spots in the Annie E. Casey Foundation’s annual report on the well-being of children across the U.S.

But there’s plenty of heartache, too.

The 2017 KIDS COUNT Data Book released June 13 reported a growing number of children with health care insurance across the country and progress when it comes to their parents’ employment and wages.

Yet a staggering number of kids in the U.S. continue to live in poverty, and those in Ohio, Kentucky and Indiana are no exception. Childhood poverty rates and the percentage of kids who live in high-poverty neighborhoods contribute to increased health problems, lower educational achievement and chronic exposure to violence for hundreds of thousands of kids.

The data book explains in simple terms why everyone should care about that: “As the entrepreneurs, leaders and workers of tomorrow, children are vital to our country’s growth, prosperity and well-being.”

Although Ohio had the highest number of children living in poverty among the three states at 550,000, or 21 percent of all the state’s kids, Kentucky had the highest rate with 26 percent, or 256,000 of its children, in poverty.

The KIDS COUNT report gave each state an overall ranking for the well-being of its children and separate rankings for the categories of economic wellbeing; education; health; and family and community.

“We need to get out of the mindset that more than one out of four kids in Kentucky need to be poor because we’re just Kentucky,” said Dr. Terry Brooks, executive director of Kentucky Youth Advocates, which compiles data for the annual report. “In Kentucky when you talk about bourbon, basketball or horses, I don’t hear anybody saying, ‘34th in the nation -- that’s good enough. At least we’re not 40th.’”

Leaders at Children’s Defense Fund-Ohio and Indiana Youth Institute, which compile KIDS COUNT data for their respective states, echoed that “we could do better” sentiment.

“We really need to be realistic about the fact that there’s a lot more to do,” Tami Silverman, the CEO of Indiana Youth Institute, said in a video interview shared with reporters in advance of the report’s release. “We know that our kids need more support and we need to do more to make sure they’re living up to their full potential and that they’re living happy, healthy and productive lives.”

Or as Ashon McKenzie, policy director of Children’s Defense Fund-Ohio put it in a news release: “We’ve got to keep our foot on the gas.”

‘We’ve got to help parents’

The 35-page data book is filled with numbers that show how each state compares to the rest of the nation.

The goal isn’t to make states feel bad about their standings, Brooks said.

“Overall, I think state-by-state comparisons raise our aspirations,” he said.

Each state prepared a two-page report on the results, breaking down rankings for each area and whether those rankings have gotten better, worse or stayed the same over time.

Those so-called “profiles” show that each state has made progress in various areas between 2010 and 2015. While Ohio has the highest overall ranking among the three, it trails Indiana and Kentucky on some measures.

Ohio improved slightly on its percentage of children in poverty, for example. The childhood poverty rate had been 23 percent, but improved to 21 percent.

But the state got a bit worse in terms of the percentage of children living in high-poverty areas, going from 14 percent to 15 percent.

Indiana saw the same trend, with a slight improvement in its child poverty rate but its concentrated poverty getting worse.

In Kentucky, both measures remained stagnant with more than one in four children living in poverty and 16 percent of all Kentucky kids living in high-poverty areas.

“We’ve got to help parents find good, steady employment and help them overcome the barriers to that,” said Mike Hammons, director of advocacy for Children, Inc. in Covington.

One of those barriers is affordable, quality childcare, which Children, Inc., provides in locations in Northern Kentucky and Cincinnati.

Its Treasure House Child Development Center in Covington serves kids from the age of six weeks old through kindergarten with rates on a sliding scale based on what parents can afford, said Elizabeth Fricke, the nonprofit’s senior director of marketing and talent management. Very low-income parents can pay as little as $10 per week, she said, while others pay the full freight of $175 per week.

Affordable, quality childcare is just one part of the solution. Brooks of Kentucky Youth Advocates said he would like to see Kentucky lawmakers work to adopt innovative strategies to help parents lift their families out of poverty.

‘We all can be advocates’

Lawmakers in other states have created laws that allow for micro-lending and micro-enterprise efforts for vulnerable, low-income people, he said.

Another idea would be to give parents of young children a “young child tax credit” that recognizes how expensive the early years of child-rearing are.

“Wouldn’t it be amazing if Kentucky were the first, not the last, to implement an innovative solution to family poverty?” Brooks said. “I really think there are nuggets of innovation we could move ahead on.”

In Indiana, the area that needs the most urgent improvement is the number of teen and child deaths in the state, Silverman of the Indiana Youth Institute said.

“That’s based on the fact there was an 11 percent increase from 2010 to 2015, which places Indiana in the bottom 15 states when you compare all the numbers across the country,” she said. “Some of these incidents are preventable. Those are the ones we really want to focus on and talk in our community about what we can do.”

Ohio needs to focus more on education, McKenzie of Children’s Defense Fund-Ohio said in a news release. The state saw a slight increase since 2010 in the percentage of 3- and 4-year-olds that aren’t attending preschool.

“Science has taught us that the first few years of development can position a child for success in school and life,” he said. “Supporting early childhood education opportunities at the local, state and federal levels enables children to reach critical milestones that lead to lifetime success.”

Cincinnati is doing that with the Preschool Promise initiative that voters passed last year.

But those who work to improve children’s lives argue that there is plenty more to do -- and it will take everyone’s help in Ohio, Kentucky and Indiana.