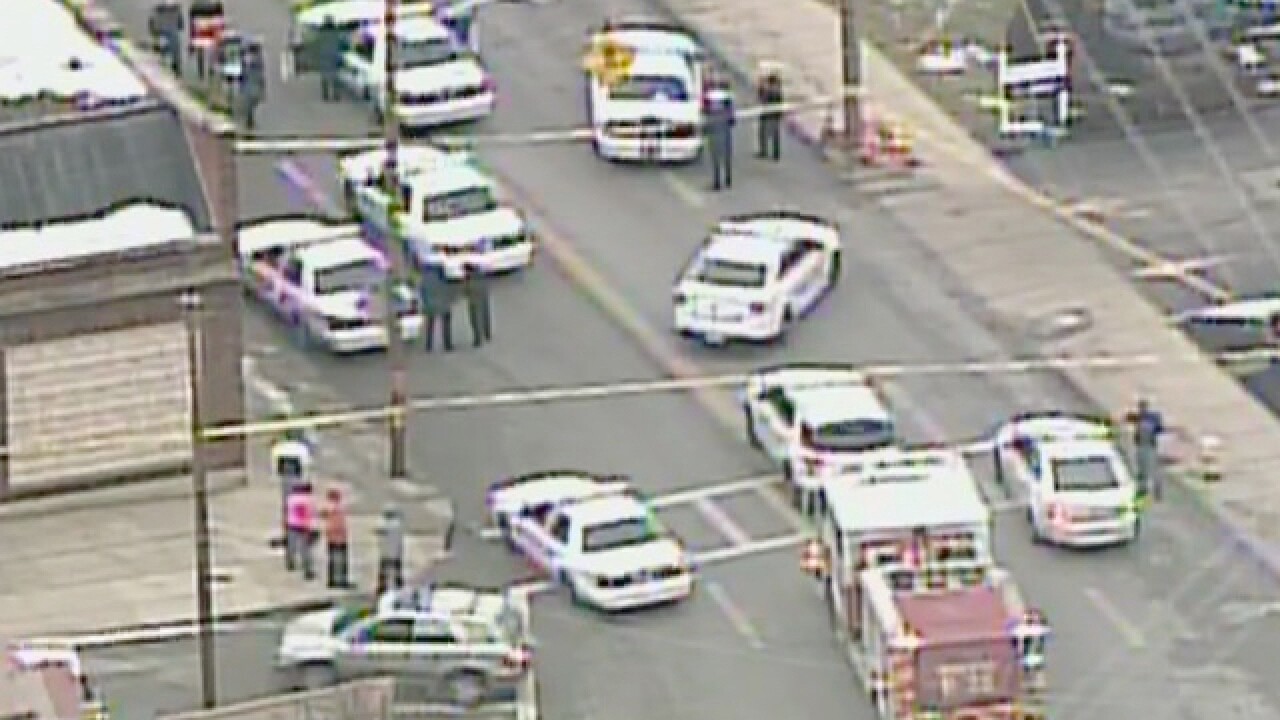 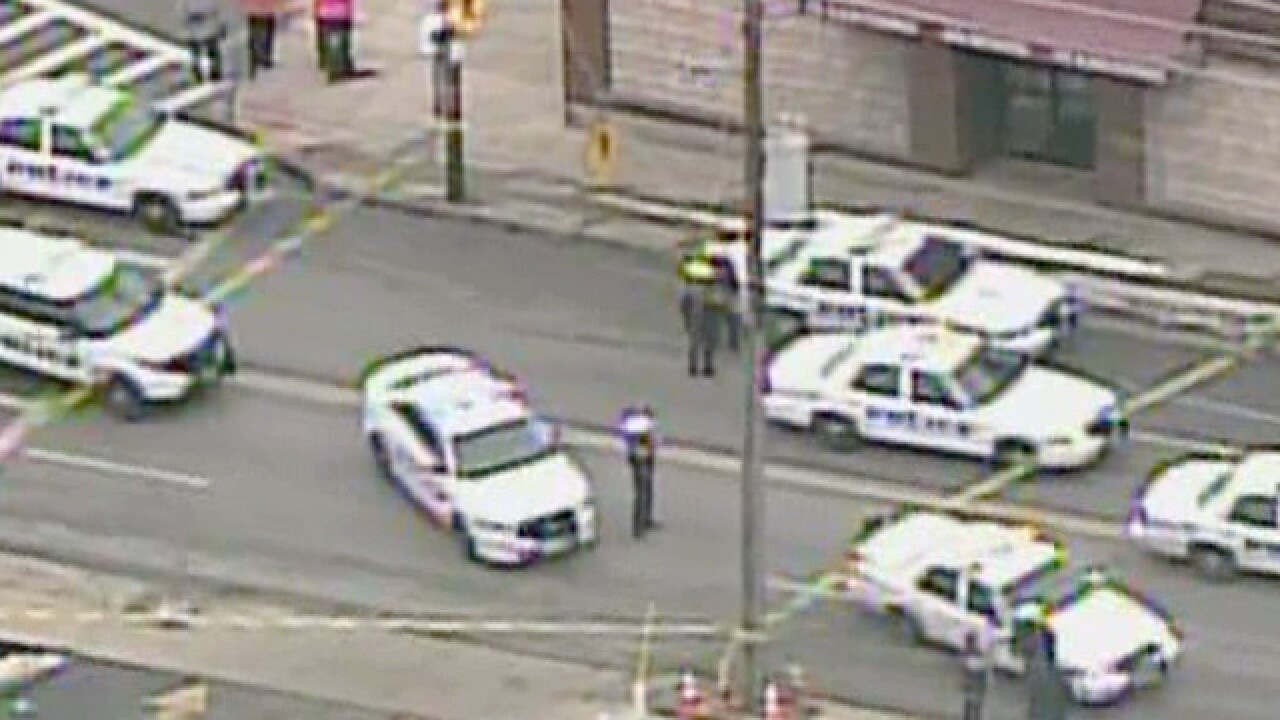 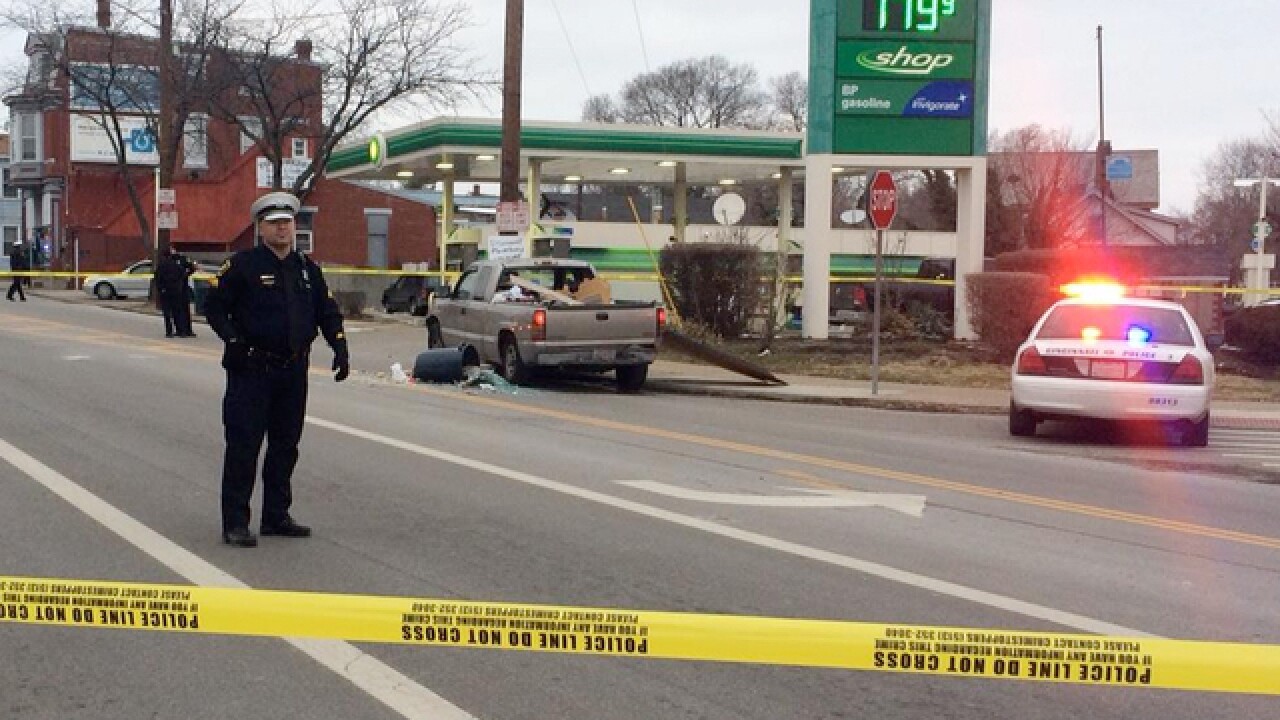 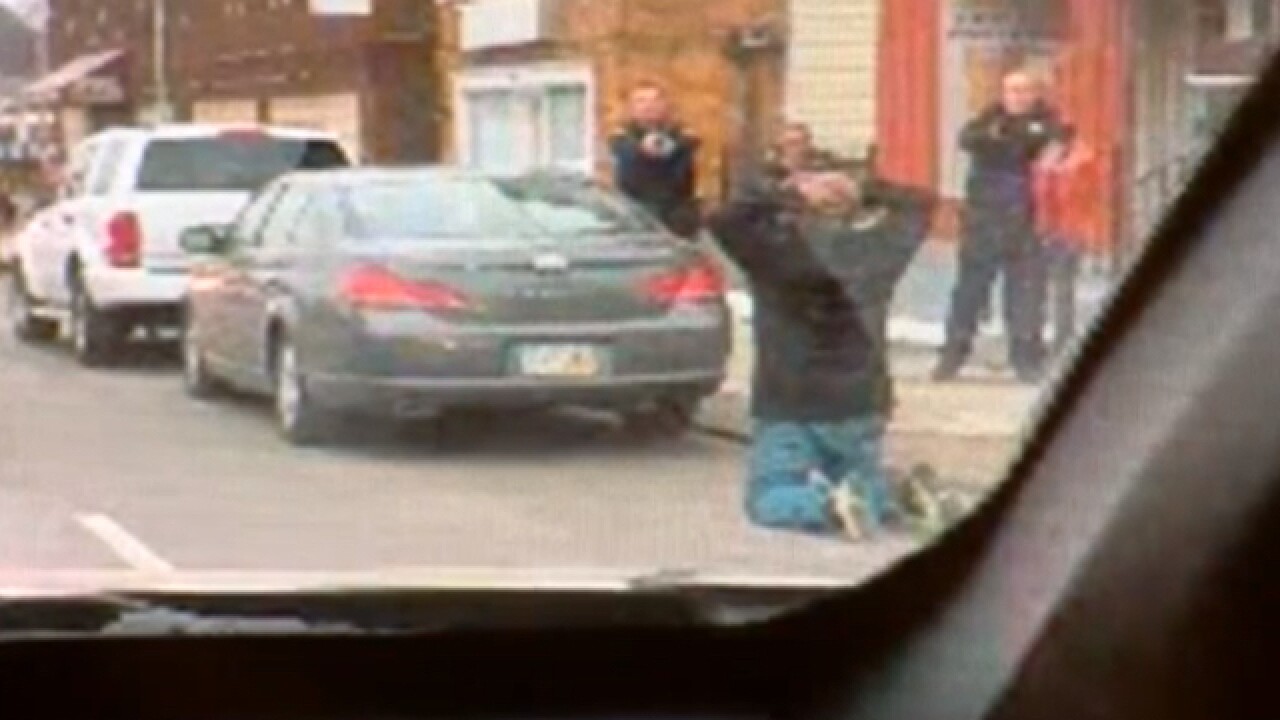 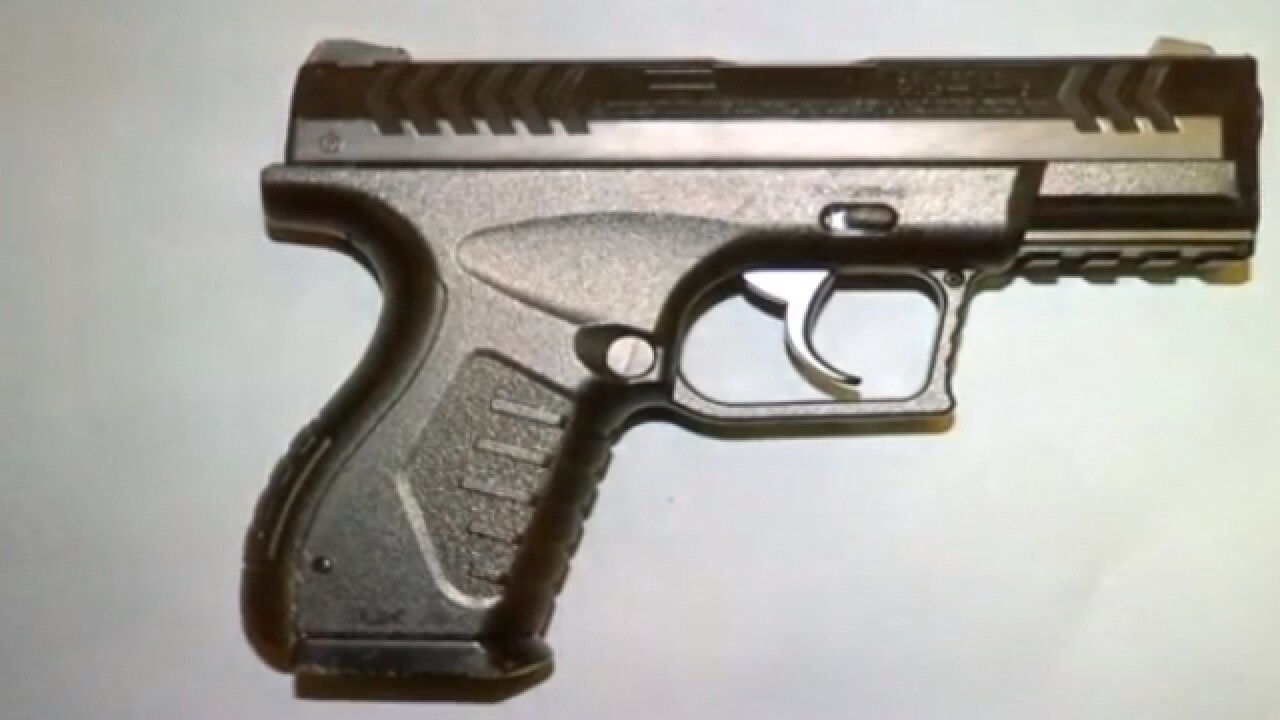 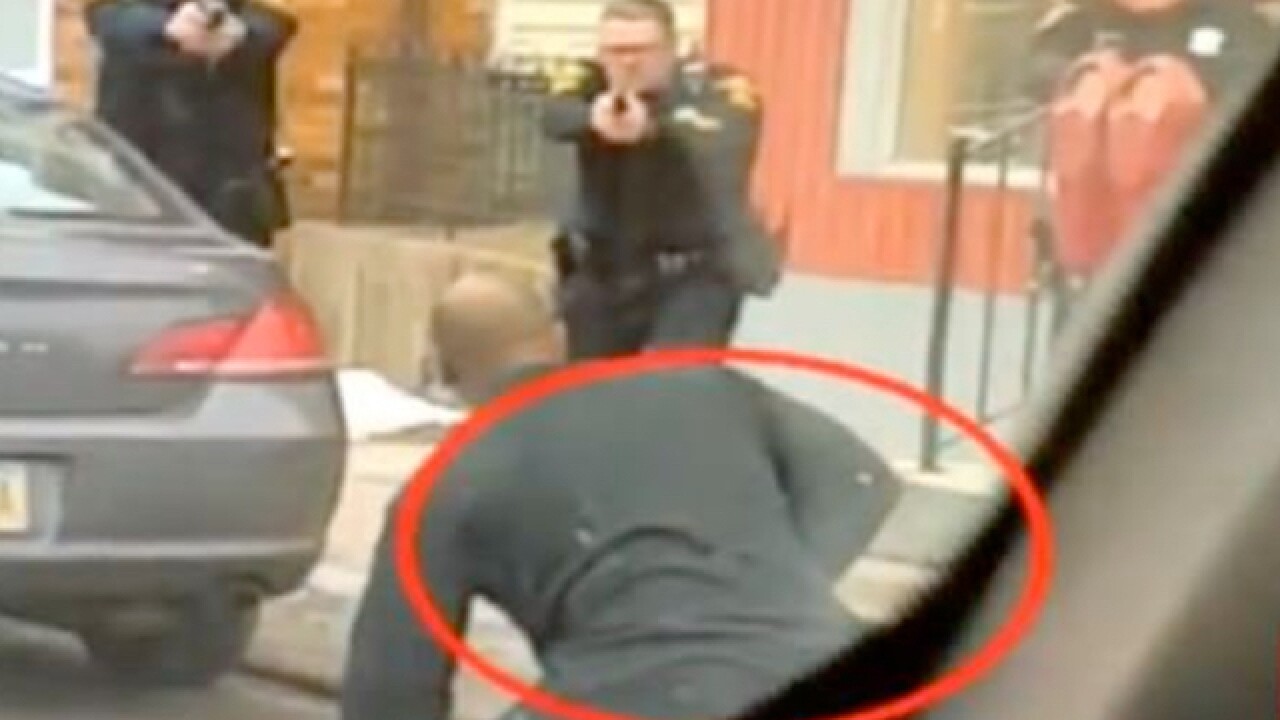 CINCINNATI -- Cincinnati police expressed their regret at the outcome of Wednesday afternoon's officer-involved shooting that left a suspect dead.

At a press conference Thursday morning, Cincinnati Police Chief Eliot Isaac said three officers fired nine rounds into Paul Gaston, 37, after he ignored commands to lie flat on the ground and instead raised up, appearing to retrieve a firearm from his waistband. Isaac said the gun was an airsoft pistol, which he called "a very realistic-looking firearm."

At the press conference, Isaac played multiple 911 calls from Wednesday afternoon reporting a man who crashed his pickup truck into a pole at Harrison and Boudinot avenues in Westwood, stumbled out of the vehicle, dropped a gun on the street and picked it up before walking down the road. Callers reported that the man appeared intoxicated and was waving the gun in the air.

The three officers who fired shots were Eric Kohler, Scott McManis and Zachary Sterling. They confronted Gaston a few blocks away on Harrison Avenue, just across the border in the adjacent city of Cheviot.

Saunders said the man initially complied with the officers' orders. However, when he reached for a gun from his waistband, all three officers shot at him, at about 5:11 p.m., Saunders said.

Witnesses captured cellphone video of the events, which Isaac played at the press conference.

"The officers responded appropriately according to their training," Isaac said. "Tragically, in this profession, these things happen."

"We always regret the loss of life no matter what the circumstances," Cranley said. "We support our officers who need to apprehend people reaching for guns and not listening to officers."

Clites Holloway said he witnessed the shooting from inside his van.

"I barely seen him move his body, and soon as I seen that, first cop took the shot. And then the next thing I know, you just hear all the shots going at the same time," Holloway said.

Saunders said the suspect was pronounced dead at the scene.

"It's the last thing you want to do -- nobody goes to work at all with the intention of having to use their firearm," Saunders said.

By department policy, Kohler, McManis and Sterling will spend the next seven days on paid administrative leave.

It's the Cincinnati Police Department's second fatal officer-involved shooting in as many months. On Jan. 11, Officers Andrea Harmon and Kevin Manz shot an armed robbery suspect, Robert Tenbrink, in the West Price Hill neighborhood when he failed to comply with their commands and pointed an object, later determined to be a BB gun, at the officers.

In that case, city leaders said the officers' use of force was justified. Video depicts Tenbrink intermittently lowering one of his hands at a time, seemingly toward his chest or waist. Officers then are heard repeatedly commanding Tenbrink to keep his hands up. After roughly a minute, Tenbrink is seen turning around pointing the object, which Chief Eliot Isaac identified as a BB gun, at the officers. That's when Harmon and Manz opened fire. Tenbrink went down after three quick shots.

Two weeks ago, Isaac, Mayor John Cranley and other city leaders met at Westwood Town Hall, down the street from Wednesday's shooting, to talk with neighbors about curbing violent crime, and specifically gun violence, in the city. Isaac has pledged to focus on places like Westwood -- which saw a 30 percent jump in shooting incidents last year -- as part of his place-based crime reduction strategy.

In presenting the plan to Cincinnati City Council, CPD Capt. Maris Herold said violent crime often clusters around particular addresses in the city, rather than being neighborhood-wide. This strategy will map out the addresses and networks between those locations where criminals feel comfortable and safe engaging in drug-related or other illicit behavior.