This Blue Ash rabbi once survived an anti-Semitic attack; now, she hopes to help her community heal

'We don't have to be brave alone' 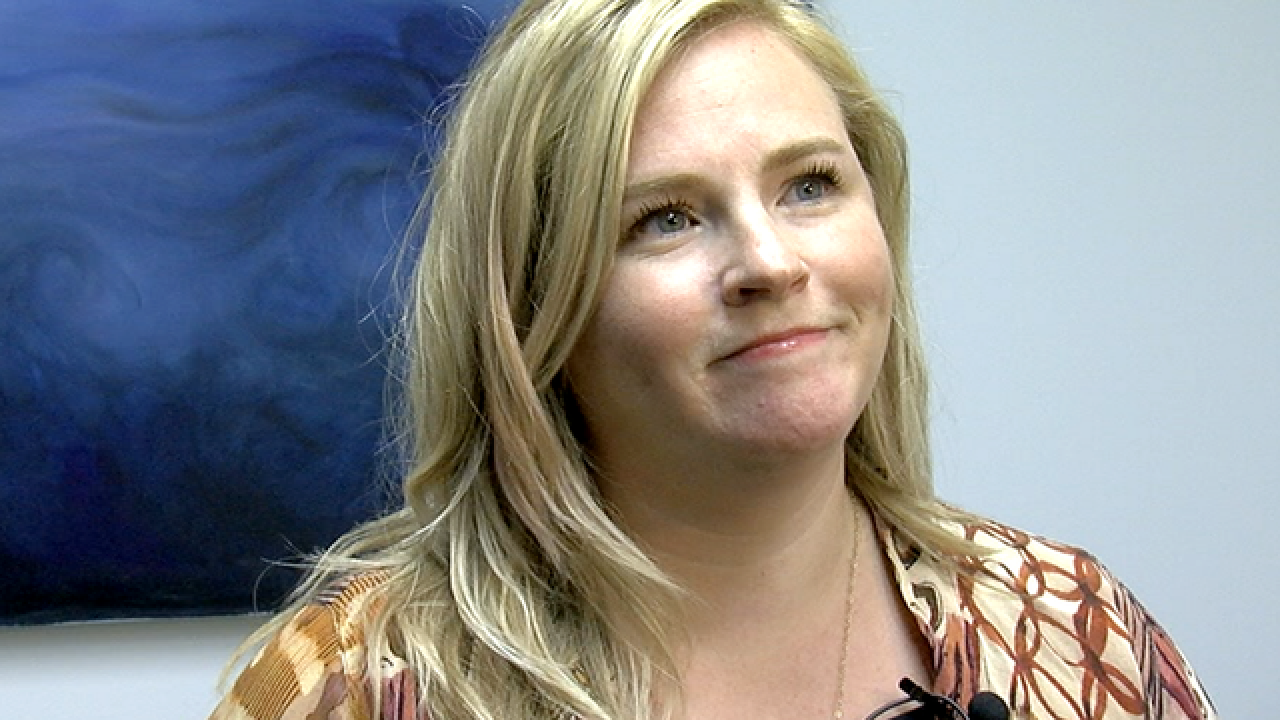 BLUE ASH, Ohio -- The reality with which millions of Jewish Americans were forced to grapple when they woke up Oct. 27 -- that, even in the year 2018, a man brimming with anti-Semitic bile could walk into a synagogue and snuff 11 lives in the span of minutes -- was stunning and heartbreaking, Rabbi Miriam Terlinchamp said Friday night.

Twelve years before, Terlinchamp hid in a synagogue stairwell while a different gunman shot six women, killing one, at the Jewish Federation of Greater Seattle next door. SWAT officers swept the building and then sent the staff home; news reports cautioned the city's Jewish community not to attend Friday evening services for their own safety.

They came anyway. Terlinchamp led them in prayer.

"I grew so much older in a very short amount of time, just in a few minutes," she said Friday. "This week felt like that again. How do you support people and also shoulder it?"

The answer Friday night, after a hushed week of national shiva, was to seek community at Temple Sholom, where she led a mixed group of Jewish congregants and non-Jewish supporters in the first Shabbat services since the weekend of the Pittsburgh attack.

Terlinchamp said the presence of others enmeshed in the same grief fortified her and reminded her of a line from the Book of Psalms: "Those who sow in tears will reap in joy."

Men and women who attended the service said they believe that's true even as they struggle to process the attack. Michael Freeman, who attended with his 5-year-old twins, said hate wasn't a lesson he had expected to teach them so early. Tom Glassman came to honor ancestors who did not feel safe to worship or seek the comfort of a Jewish community in times of grief.

"My emotions are different than other people," he said. "I'm angry so I know it's real."

Some other attendees sported hijab and niqab; still more came with groups from their churches.

Cathy Heldman, regional director of the American Jewish Committee Cincinnati, said her organization had received floods of calls since the attack. Many of them were from people searching for a place to attend Shabbat services. Others were expressions of solidarity from synagogues and Jewish organizations in other countries.

"It's a good feeling," she said. "I think it's really going to help with the healing process for all of us."

Terlinchamp said she had already heard stories that strengthened her belief in recovery, resilience and love. One of them: That, in the aftermath of the shooting, Amberley Village police officers had escorted some worshippers home from a nearby synagogue to help them feel safe.

"I thought, 'How beautiful that they know our community so well,'" she said. "But at the same time, I felt really sad because that wasn't necessarily true for our Muslim community and our black community."

Instances of anti-Semitic violence and harassment were on the rise even before the attack, according to advocacy organizations such as the Southern Poverty Law Center and Anti-Defamation League. So were hate crimes against other religious and ethnic minority groups.

Days before the Pittsburgh attack, a white gunman shot two black shoppers to death inside a Kentucky Kroger and reportedly told an armed bystander in the parking lot, "Whites don't shoot whites."

Some, such as American University professor Carolyn Gallaher, have linked the spike to the 2016 presidential election and the overlap of President Donald Trump's hardline anti-immigration policies with the stated goals of far-right white nationalist groups.

The president rebuked an endorsement from former Ku Klux Klan leader David Duke and denounced the Pittsburgh attack as part of a legacy of "terrible persecution" of the Jewish people -- a group that includes his daughter, Ivanka, and her husband -- but has also suggested sympathy with some conspiracy theories about Jewish billionaire George Soros, an influential political donor viewed as an all-purpose, anti-Christian boogeyman by many on the extreme right.

Terlinchamp saw many kinds of reactions in the week after the Pittsburgh attack, she said, including those who linked it to political tension and those who believed doing so was disrespectful to the dead. What each Jewish person to whom she spoke had in common was a paralyzing grief, she said.

She believes services like the one she led Friday will help them move through it, and she said she feels motivated to extend those healing efforts to every minority group affected by others' hatred in the modern day.

The love her community felt from non-Jewish neighbors, law enforcement and politicians makes her feel "supported and strong and courageous."

"To know that we don't have to be brave alone is a very big deal," she said.

Knowing they can provide it to others is an even bigger one.