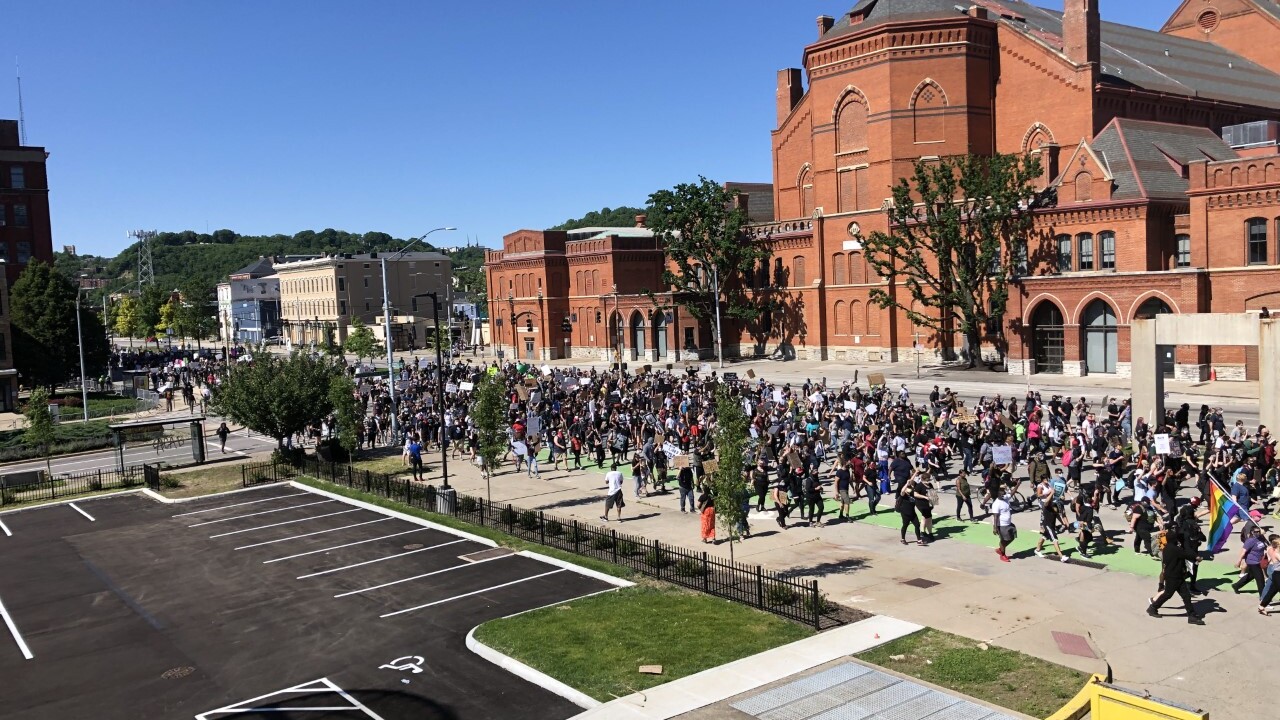 Terry Helmer
Hundreds of protesters march down Central Parkway, behind Music Hall and near Cincinnati Police District One Headquarters, May 31, 2020.

As protesters flood the streets of Cincinnati and surrounding towns for the third day in a row, Mayor Cranley and many other adjacent towns have announced curfews for Sunday night.

Cincinnati's curfew was walked back one hour, to begin at 9 p.m. Sunday night after protesters fired shots at officers near the University of Cincinnati Saturday night. One officer was struck with a bullet, but narrowly avoided injury when the bullet hit his ballistic helmet.

Cincinnati's curfew is in place until 6 a.m. Monday morning, but will fall back into place at 9 p.m. Monday night.

Across the river, the city of Newport announced a curfew from 9 p.m. until 4 a.m., stating the curfew will remain in effect "until rescinded by subsequent order."

Elmwood Place Police also announced their intention to mirror Cincinnati's curfew from 9 p.m. until 6 a.m. Sunday night, stating anyone found to be outside in violation of the curfew could be arrested and charged.

The city of Covington announced they would institute a curfew from 9 p.m. Sunday night to 6 a.m. Monday morning and again for the same times Monday night, echoing the Cincinnati curfew as well.

This is a developing story; WCPO will update as more curfews are announced and more information becomes available.