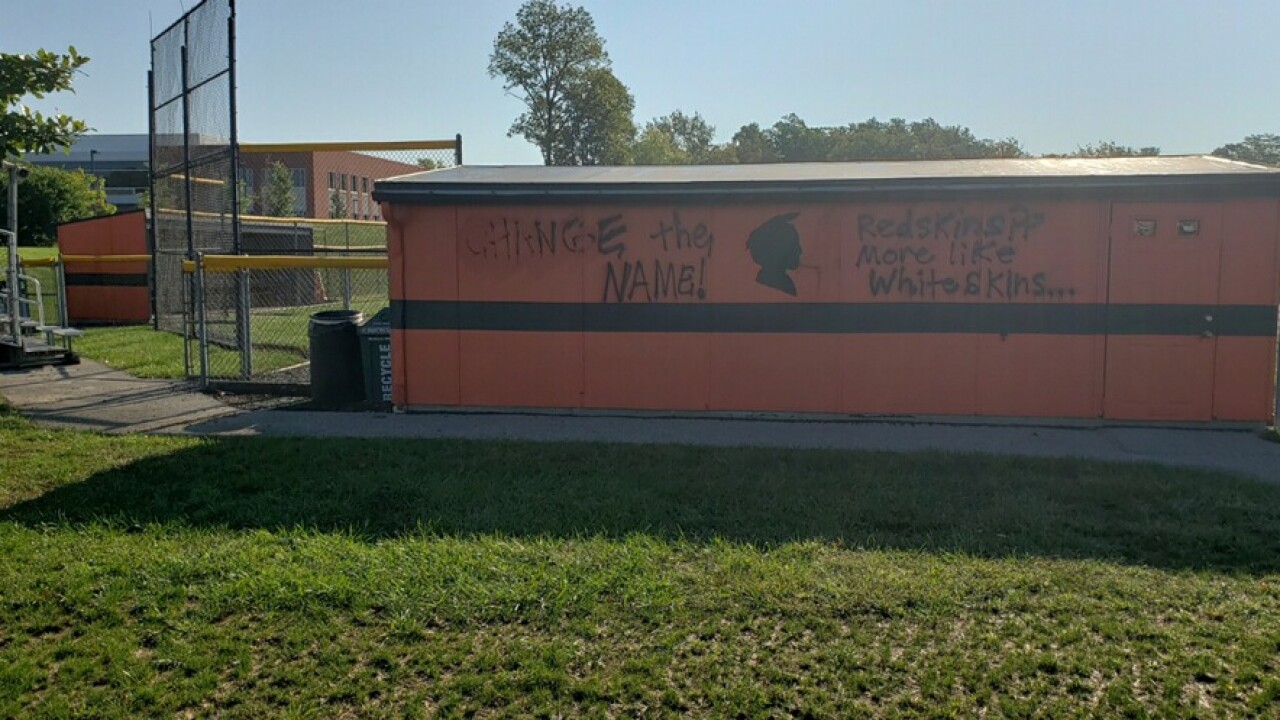 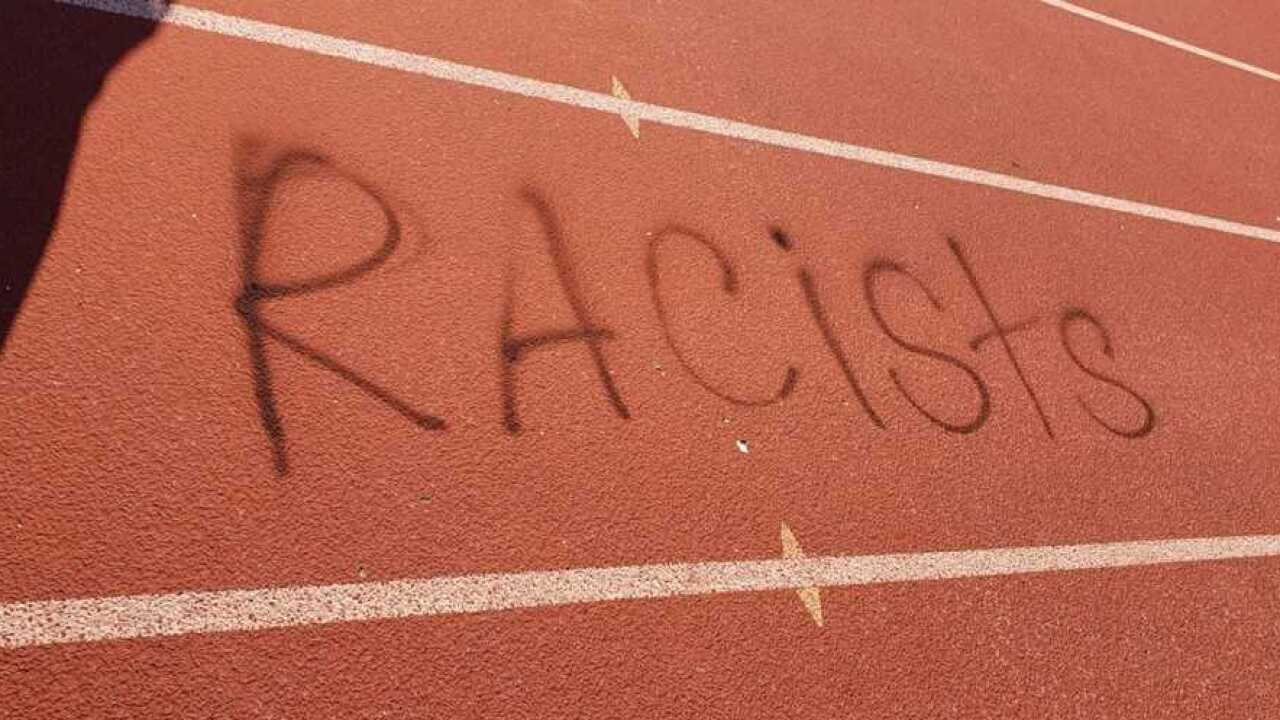 Police did not share images of all the graffiti, which officers said contained profanity, but a pair of pictures distributed to press show the word "RACISTS" spray-painted on one wall and the back of the dugout marked with two messages. The first urges the school to "Change the name!" The second: "Redskins?? Morel like whiteskins..."

Security cameras recorded a male suspect writing the messages, police said. No one had been arrested by Tuesday afternoon.

"The graffiti discovered at Anderson High School is deeply disturbing and does not reflect the beliefs of our students nor staff," Forest Hills School District superintendent Scott Prebles wrote in a Tuesday afternoon statement. "We are grateful for the hard work of the Hamilton County Sheriff’s Office and we are confident that the person responsible will be identified."

Anderson High School eliminated its physical mascot years ago but continues to label its largely white athletic teams and student body "Redskins," a perjorative term for Native Americans, and to use a side-profile image of a Native American man with a feather in his hair as a logo. A proposal to change the name failed in 2018 after months of fevered, emotional debate between those who characterized it as racist and those who felt a change would damage school spirit.

According to many modern Native American leaders, including the chiefs of the Cherokee, Chickasaw, Choctaw, Seminole and Muscogee nations, the use of perjorative racial terms and stereotypical images in American athletics perpetuates stereotypes about native people and relegates them to the same status as the animals, mythical creatures and artichokes other teams use as mascots.

"When you're viewed in that way, as only existing in the past, as the 'frozen Indian' found in museums ... it makes it harder for voices of leaders in our communities to actually be heard, and it's easier for people to ignore us," activist Nicholet Deschine Parkhurst told the Associated Press in March.

Other activists have pushed for sports teams to discontinue the use of native mascots with some success. Miami University, which once also sported a "redskin" mascot, adopted the RedHawk as a replacement in 1996. The Cleveland Indians are still Indians but no longer use the Chief Wahoo logo. Despite the efforts of tribal leaders, some of whom signed a petition in 2013, Washington, D.C.'s NFL team keeps the name and describes it as a symbol of respect for Native Americans.

The incident is under investigation by the Hamilton County Sheriff's Department. Anyone with information is encouraged to call 513-825-1500.