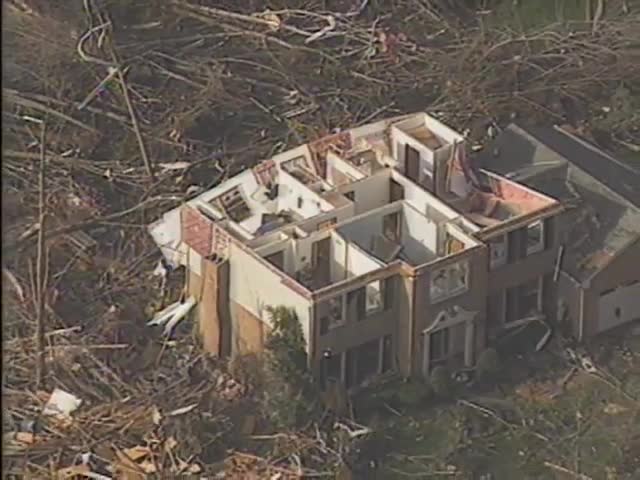 MONTGOMERY, Ohio — Two decades ago, an EF4 tornado smashed into the heavily populated communities of Montgomery, Blue Ash and Symmes Township destroying 92 homes and 40 businesses in its path. Four people lost their lives. 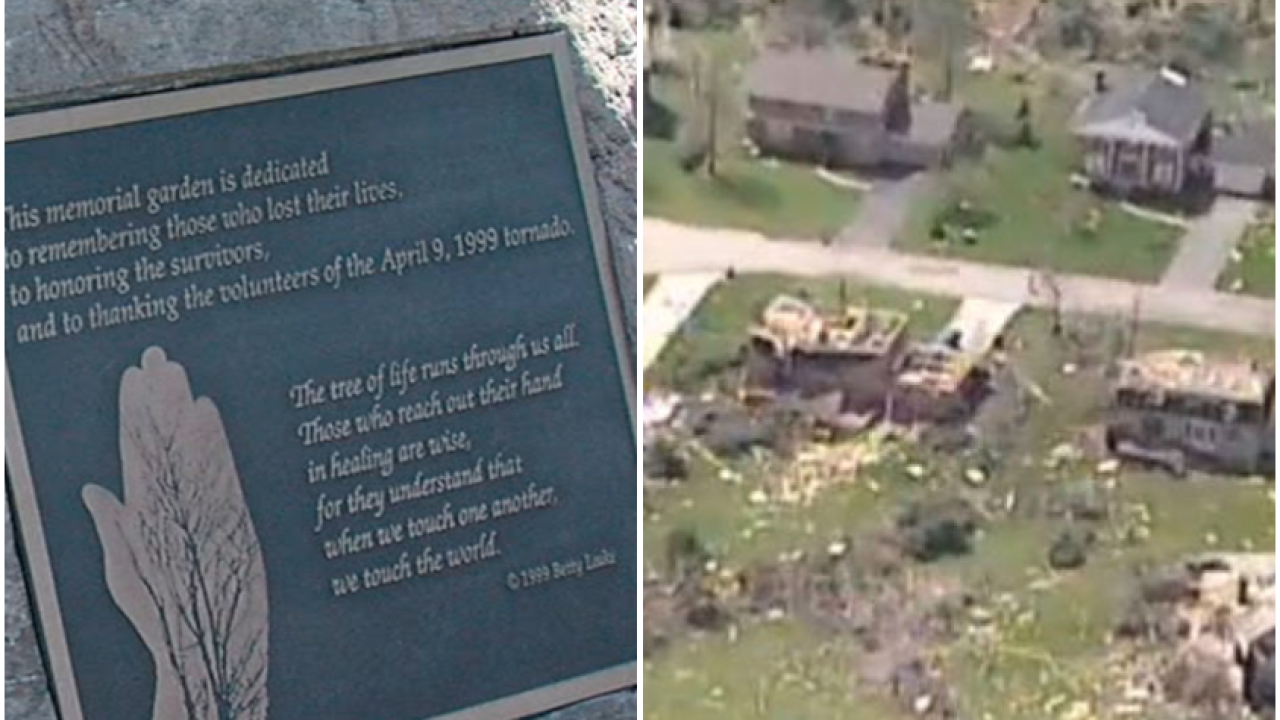 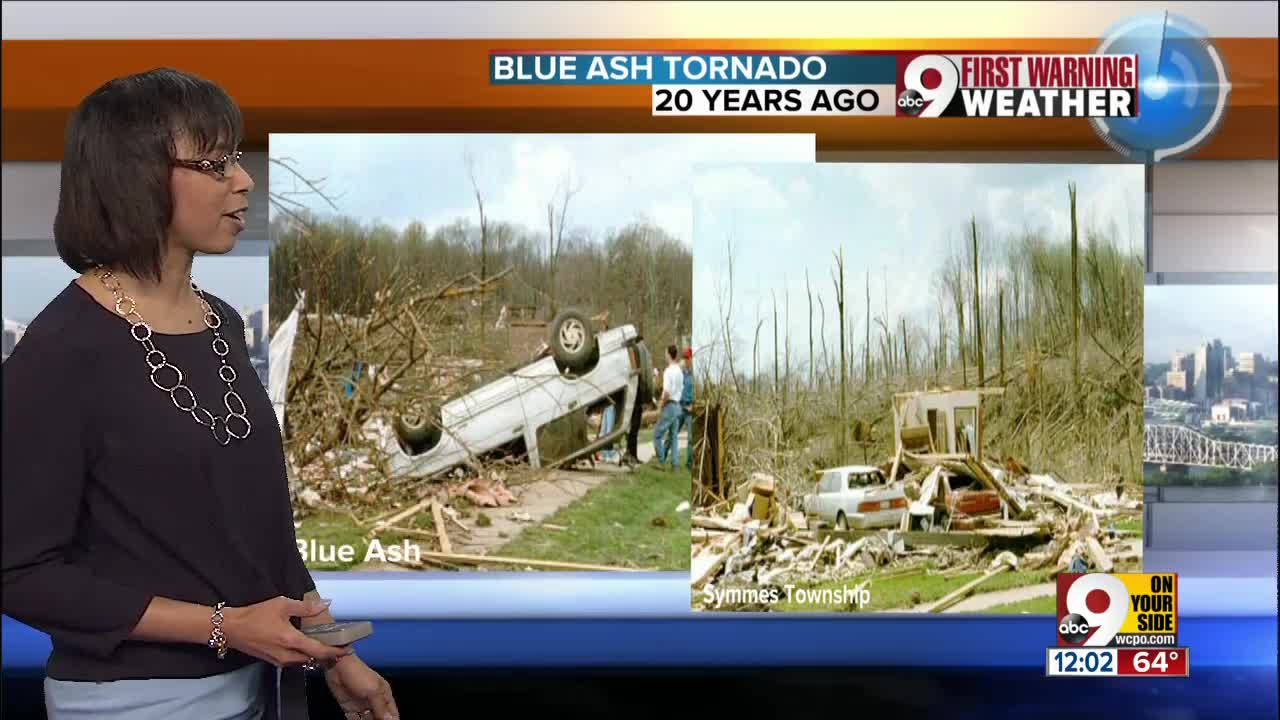 MONTGOMERY, Ohio — Two decades ago, an EF4 tornado smashed into the heavily populated communities of Montgomery, Blue Ash and Symmes Township, destroying 92 homes and 40 businesses in its path.

Twenty years later — on a calm, sunny day at the Sycamore High School Tornado Memorial — community representatives honored the victims who died on April 9, 1999, along with first responders, volunteers and residents.

“Out of that great devastation came a truly united community determined to rebuild and committed to reclaiming what nature had disturbed,” Dobrozsi said.

WATCH: 9 On Your Side Meteorologist Sherry Hughes remembers the 1999 tornado.

The tornado, with 200-mph winds, hit shortly after 5 a.m. — a simple fact Forsthoefel said was a blessing for students and staff members at the local schools, which were among the many buildings damaged.

FROM THE VAULT: Tornadoes bring destruction, death to Tri-State

“Despite its tragic consequences, we were blessed that the devastation occurred at 5:30 a.m. and not 7:30 a.m. Our high school campus would have been fully populated at that time,” he said. “And the aftereffects simply, simply unthinkable.”

There was $2 million damage just to Cincinnati Hills Christian Academy middle and elementary schools. Because the middle school lost its roof, 340 students had to cram into the high school to finish the school year. The gym and other large areas were converted into classrooms.

Two motorists were killed, and others were lucky when the tornado crossed Interstate 71. A small truck was picked up and dropped upside-down on the concrete barrier in the middle of the highway.

The 1999 tornado is considered the worst natural disaster in the history of Montgomery and the surrounding communities, according to the mayor, but it also remains a classic example of working together.

Dobrozsi recognized the churches, schools and mutual aid organizations that assisted during the “response, recovery and healing periods” in the city’s proclamation.

“Through it all,” the mayor said, “the community rallied together to help and assist each other — demonstrating the care and compassion which is the cornerstone of our community.”

The city of Montgomery created a podcast, “Weathering the Storm,” to document the tragedy with current and former city leaders, residents, city employees, members of the victims’ families as well as former WCPO Chief Meteorologist Pete Delkus.

Subscribe now. The 1st episode of our podcast drops tomorrow morning. Listen on the way to work or school. Please leave a review and tell us how we did! Thanks! https://t.co/3GXLEmWlDq

The podcast is available now on iTunes, Google Podcasts and Stitcher. Click here to listen.