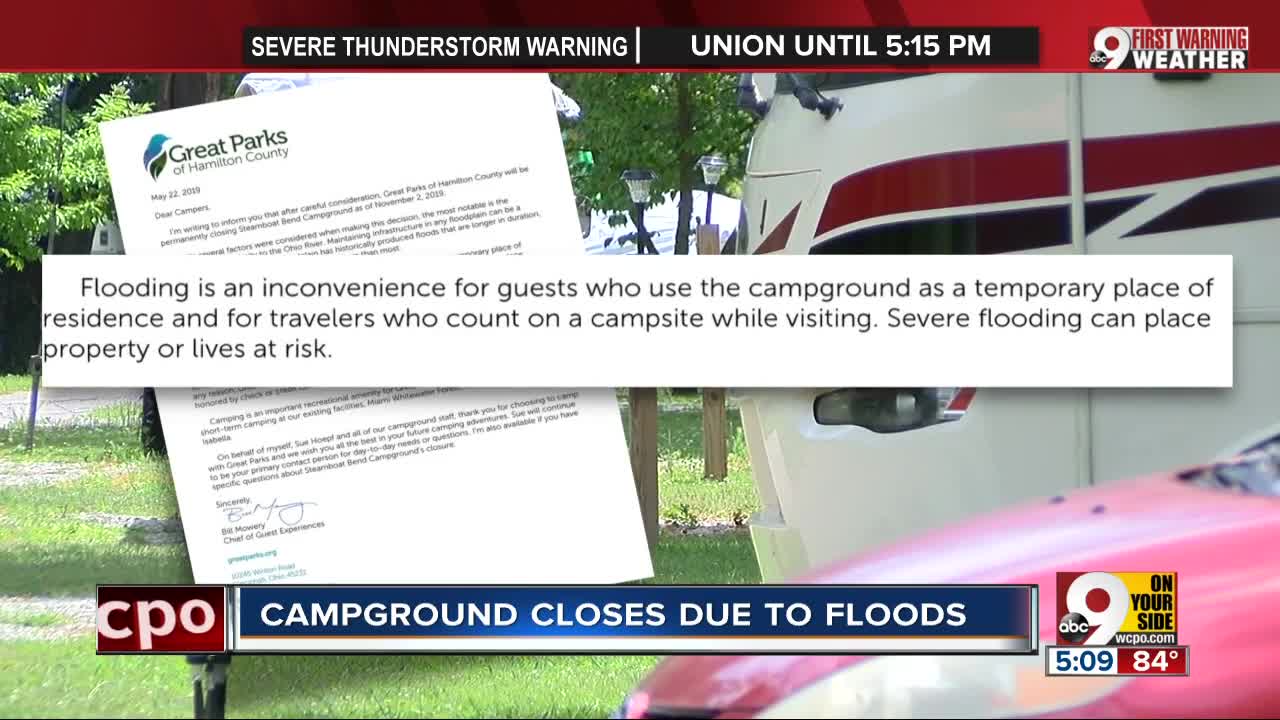 The decision threw a wrench into the plans of campers, some of whom come each year to spend their entire summer vacationing in Ohio.

CINCINNATI — Jerry Fleckinger is disappointed to be losing his home away from home on the Ohio River with its beautiful view.

“It's an unusual place. You just can't find a prettier place on the river,” said Fleckinger.

Fleckinger and his wife live in Texas, but they’ve been coming to Steamboat Bend Campgrounds in Woodland Mound park for 16 years. They spend the whole summer east of Cincinnati to get away from South Texas heat and humidity.

But in May the Fleckingers - and the 19 other seasonal campers - got a letter from Great Parks of Hamilton County. It says because of increased flooding - and the cost of repairs from that - the campground will close.

“There's a lot of cleanup that needs to be done,” explained Kimberly Whitton of Great Parks. “There's a lot of infrastructure repairs that need to be done, and there's a risk to our campers. When it does flood, we have to exit them out of the campground, clean it up, and let them back in."

Longtime campers say the upkeep has slipped since Great Parks bought the land in 2000 - and the number of spots with electricity was cut by more than half.

“This place used to be very, very busy - both ends,” Fleckinger said. “And a lot of people … there were few empty spots, and they were generally filled in during the summer by people going to the concerts” at Riverbend.

Great Parks says Steamboat Bend will close at the end of its season, which is the beginning of November.