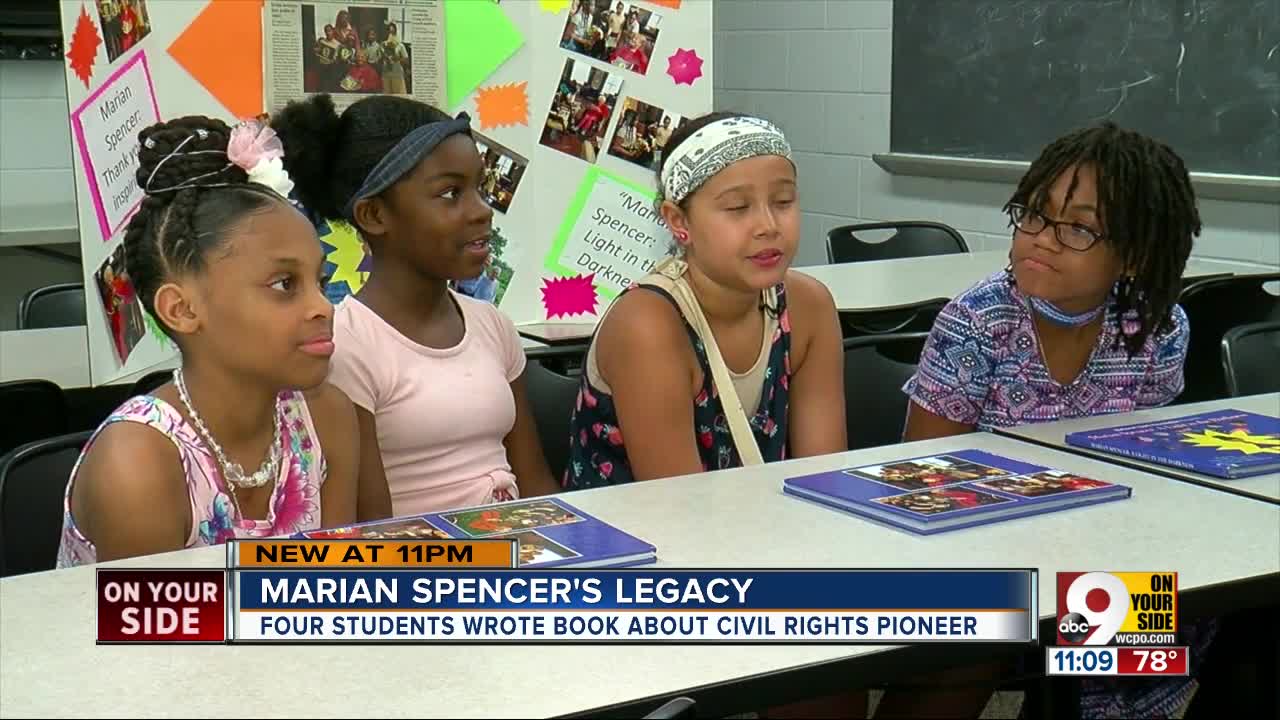 Now they’re dealing with her death with tears and smiles, heartache and happiness for having known her.

"Always have a piece of memory in my heart for her," said Janyia New.

WCPO first told you about them back in March.

"On June 28, 1920, an amazing thing happened. A small but bright light came into our world of darkness," New recited from the book.

That light was Spencer, who was 99 when she died Tuesday.

Ray thinks she knows what Spencer would tell them today.

"She would tell us to keep on writing," Ray said.

The girls first learned about Spencer from a retired school social worker, Joe Wilmers, who told them she was a great woman.

They were so inspired they knew what they had to do next.

Their book would receive a national award recognized by the National Youth Foundation. It's a big deal. But for the girls, it was never about the recognition.

"When I first met her, she was a really nice, nice lady. She was a sweetheart," New said.

The girls visited Spencer several times in her nursing home.

"When I found out she passed away, I was really sad. My dad told me,” said New, fighting back tears.

"They looked up to her,” said the girls’ teacher, Julie Dellecav. “They saw the differences she made. Able to make things better for other people."

"She'll always be in our hearts and memories. We'll always remember her," said Aliyana O'Neal.

"She inspired me to never give up,” New said. “Always stand for what's right in our world."

Spencer's family is planning a private family funeral. A public service will be held at the Fifth Third Arena at the University of Cincinnati at 3 p.m. on Saturday Aug. 10.