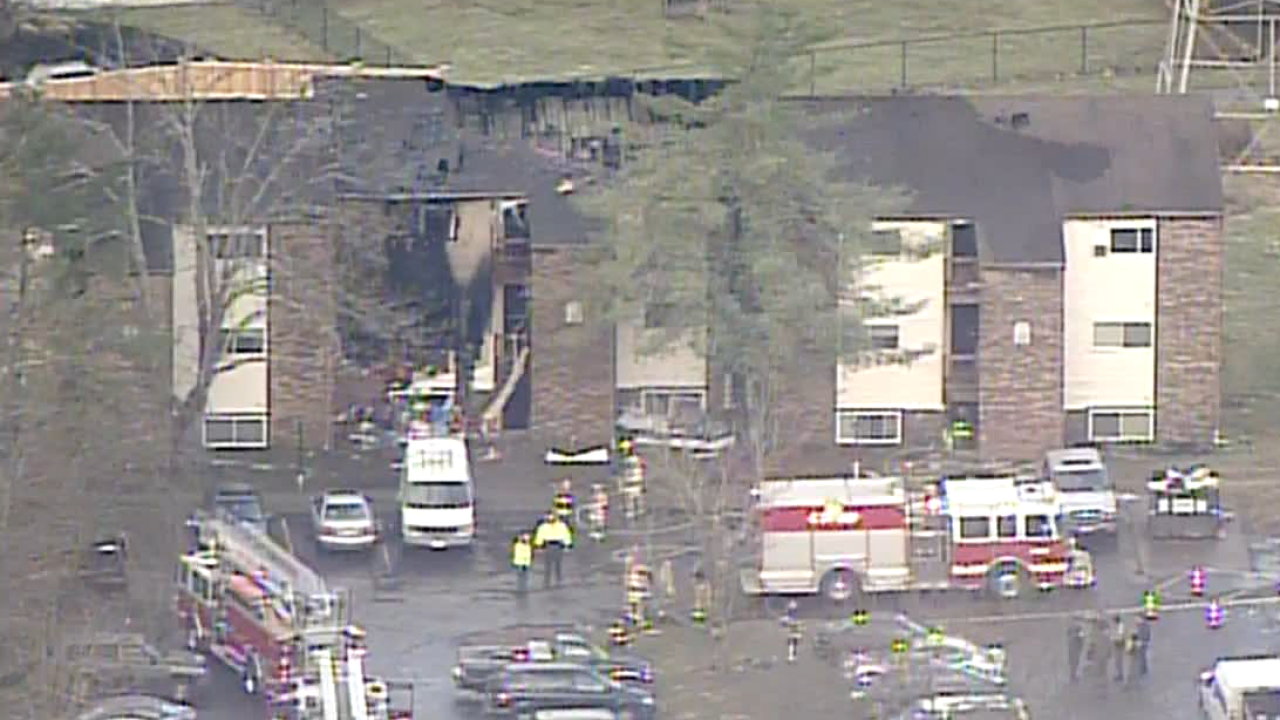 PIERCE TOWNSHIP, Ohio — As the court case against Wade Winn got underway Monday, his neighbors were left picking up the pieces.

Winn is accused of shooting two Clermont County deputies, killing one of them, during a 12-hour standoff at his Pierce Township apartment. He's being held with bond set at $10 million.

A fire started as a result of the standoff, according to the Clermont County Sheriff's Office. No some of Winn's neighbors, like Deborah Quinlan Moss, have been left without a place to live.

Quinlan Moss still hasn't been able to go back inside her apartment, but she said she "can tell from here that I've lost everything."

She lived in the apartment above Winn.

"It's devastating," she said. "But I'm a strong person and I feel that this is a materialistic world and life is more important."

Agents with the Bureau of Criminal Investigations were combing through the wreckage Monday. Clermont County Prosecutor Vincent Faris also took a look inside. The state fire marshal is investigating how the fire started.

The Red Cross is helping some of the families who were displaced.

For now, Quinlan Moss' family is helping her find a place to stay. Cindy Vonderwisch, who lived next door, said she's not sure what she'll do after Red Cross assistance runs out.

"I don't even know how to put it into words," Vonderwisch said. "This is like a nightmare. It's just unbelievable."

She had just moved into the apartment at the beginning of January.

"We've lost everything we own," Vonderwisch said. "We have the clothes on our back, our lives and our car. We got the important stuff out, our important cards. That's basically it. We're starting over from scratch."

While the neighbors are trying to move on, they're also thinking of Detective Bill Brewer, the officer who was killed.

"I think they (all law enforcement involved) did a good job," James Gearhart, who lives in an adjacent building, said. "It's just a shame that this had to happen."

A visitation for Brewer is scheduled for Thursday and the funeral will be Friday morning.

Anyone wishing to make a contribution to Deborah Quinlan Moss can make a donation via GoFundMe.