'We're going to change racism in our world, period' 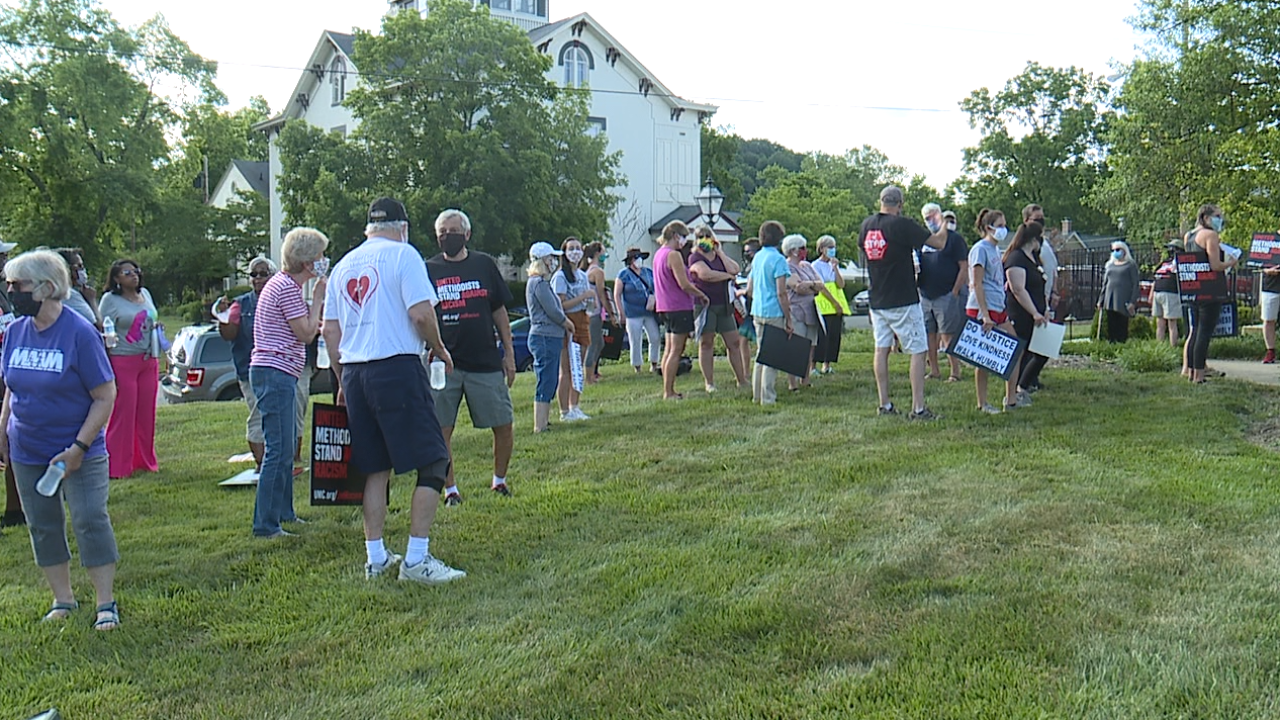 Copyright 2020 Scripps Media, Inc. All rights reserved. This material may not be published, broadcast, rewritten, or redistributed.
Emily Gibney

MILFORD, Ohio — Dozens of church members gathered in Milford for a Juneteenth celebration and demonstration in support of Black Lives Matter Friday night.

The event, a collaboration between multiple congregations across multiple counties, was meant to celebrate Juneteenth and a way to stand against racism.

For Senior Pastor Steven Rodgers of Milford First United Church, it was just one step in making sure the neighbors surrounding this church know they're cared for.

"Standing for a God who tells us to do justice, to love kindness and to walk humbly with God, we had no choice but to do this,” he said.

He and the crowd at Milford First United gathered for prayer, singing and a march to kneel at a busy intersection for eight minutes and 46 seconds in honor of George Floyd.

"It was very humbling and it was also emotional for me,” said Karen Kessel, who attended the demonstration with her son, Nick.

For her, what's unfolded nationwide over the past few weeks struck a nerve. So, they took to the streets, and took a knee.

"It was nothing compared to what a lot of people go through, and it was like a very small thing I could try to do to just like show my support and stuff,” Nick said.

Similar demonstrations took place simultaneously at eight other Methodist sites. Rodgers said this is a way to stand in solidarity with Black congregations and make up for lost time.

"Sadly part of our own history as United Methodists created a white church and a Black church and we haven't undone that," he said.

Rodgers knows progress here and nationwide won't be easy. The congregation plans to do things like book studies on racism in the near future. But he believes it starts with days like this one.

"To be an anti-racist says it doesn't matter how uncomfortable it is,” he said. “We're going to change racism in our world, period.”