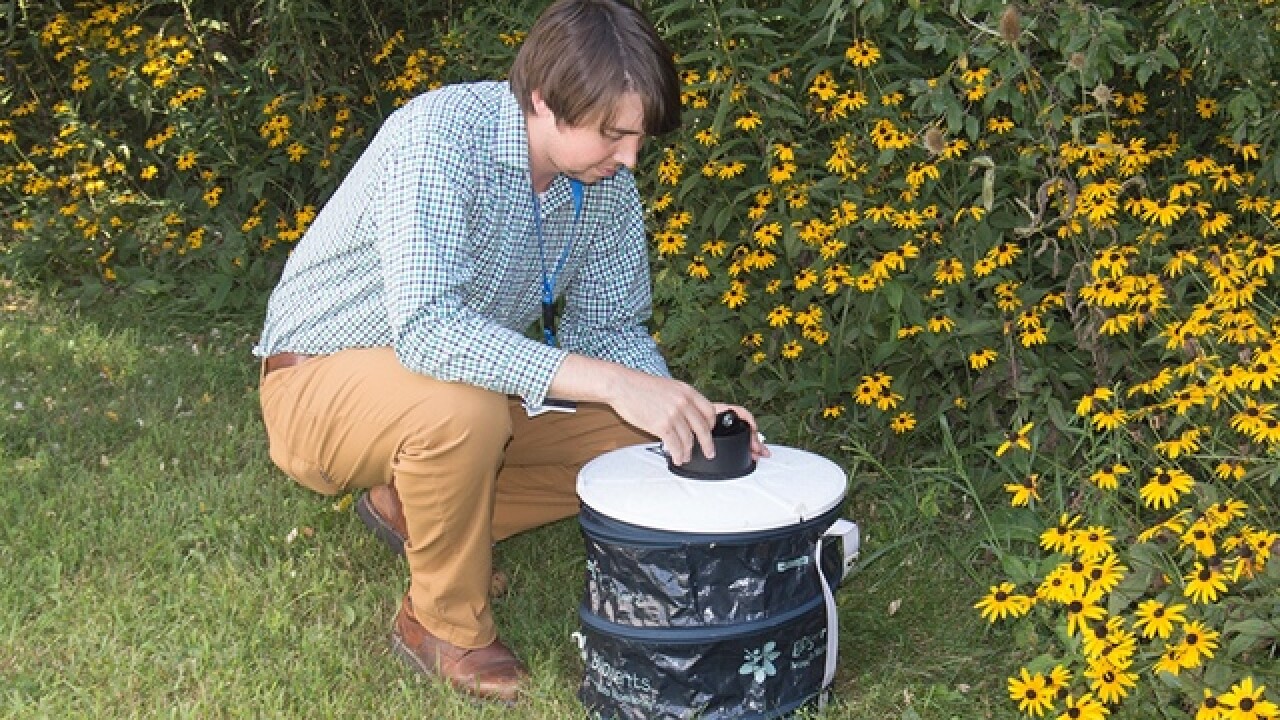 BATAVIA, Ohio -- West Nile virus activity is ticking up in Clermont County as the summer winds down.

According to Clermont County Public Health , ten mosquitoes tested positive for West Nile virus. The agency has been trapping mosquitoes for testing throughout the summer.

"With a higher number of mosquitoes carrying the virus this year, the chances of being bitten by an infected mosquito are higher too," Health Commissioner Julianne Nesbit said in a statement released on Friday. "We encourage everyone to protect themselves from being bitten, and get rid of places for mosquitoes to lay their eggs."

West Nile activity increases near the end of summer and will continue into October. The first hard frost of the summer is expected to kill most adult mosquitoes.

West Nile is spread to humans through the bite of an infected mosquito. People most at risk of getting sick are people over the age of 50.

Symptoms of the illness include:

About 20 percent of people infected will notice symptoms of the virus, according to Clermont County Public Health.

In Ohio, agencies have reported nearly 2,000 positive tests for West Nile in mosquitoes this year.

Mosquitoes that are most likely to carry West Nile like to lay eggs in standing water, so it’s important to eliminate puddles of water around your home -- like in buckets, clogged rain gutters, birdbaths, kiddie pools and trash cans.

Keep mosquitoes out of your home with window and door screens, and use air conditioning when possible.

According to the Centers for Disease Control and Prevention , use an insect repellent that’s registered with the Environmental Protection Agency that includes one of the following active ingredients:

EPA-registered insect repellents are safe for pregnant and breastfeeding women, according to the CDC.