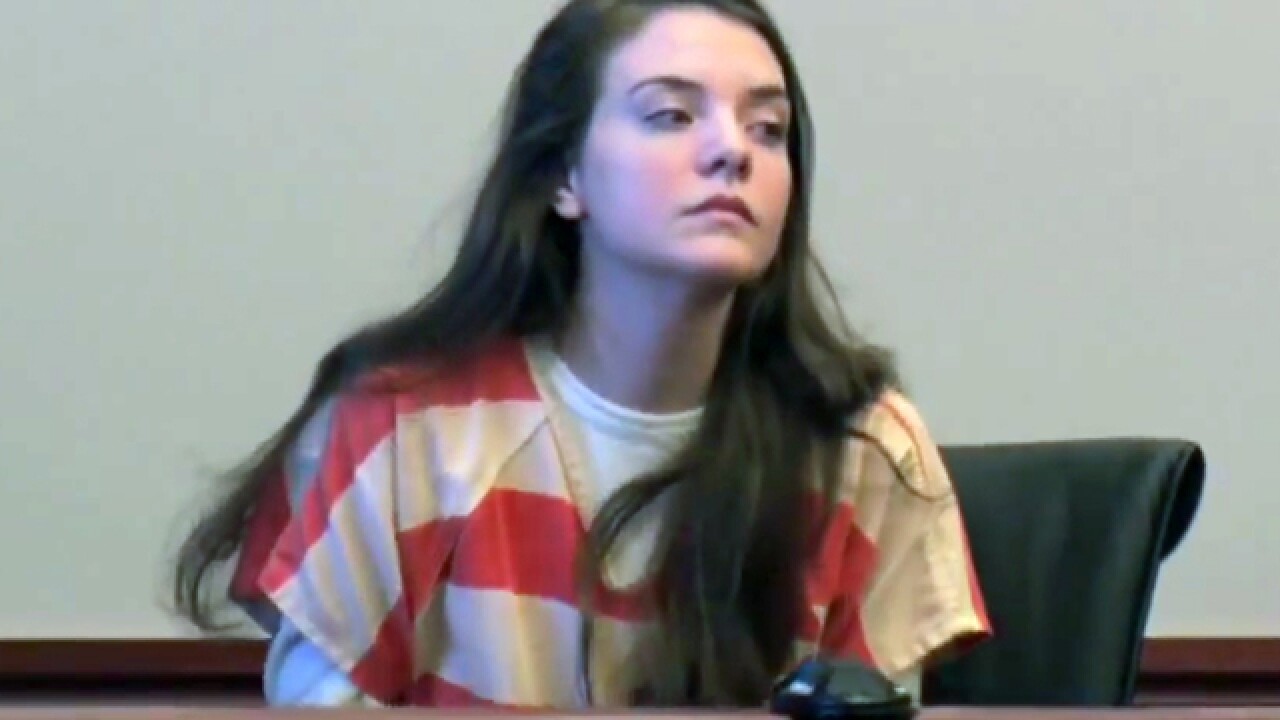 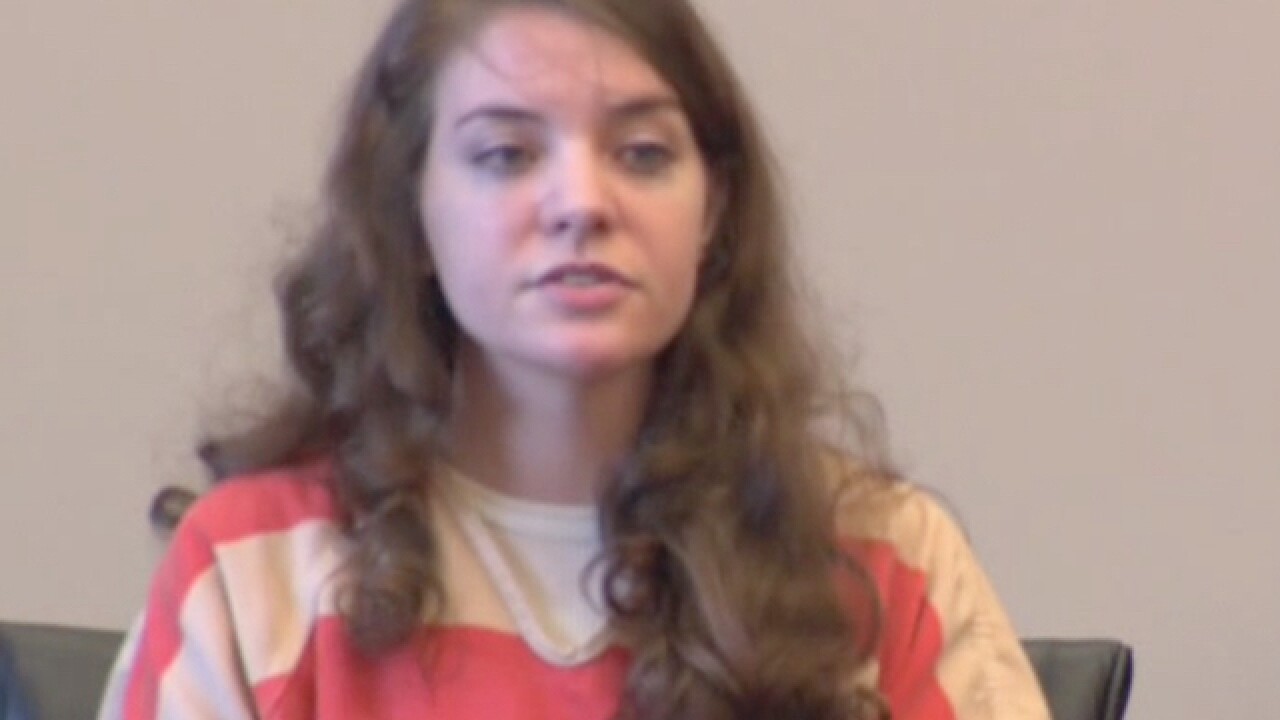 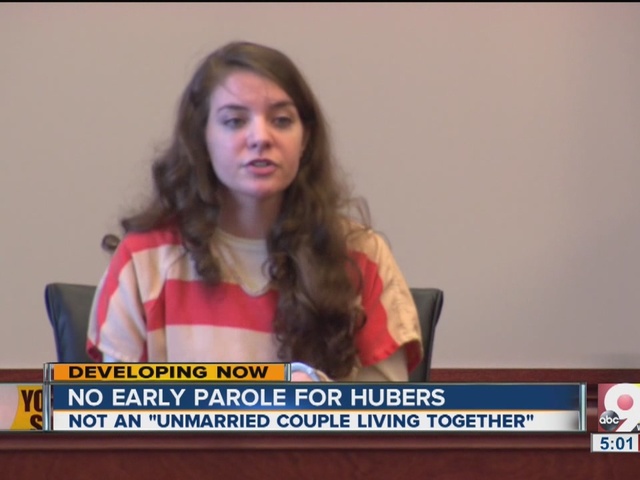 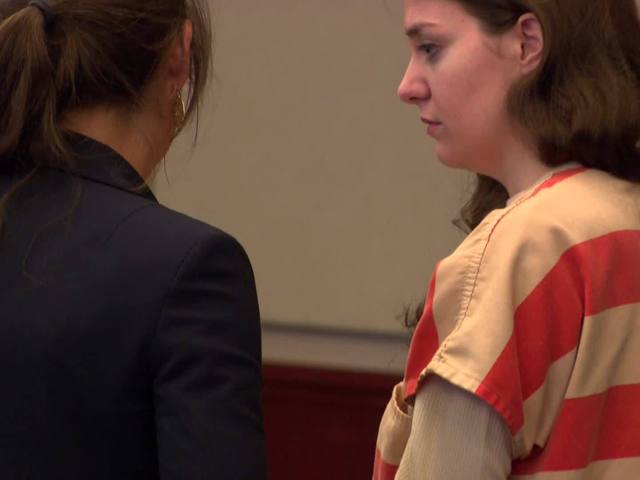 NEWPORT, Ky. -- In the end, she never said she was sorry.

Shayna Hubers, convicted earlier this year of killing her former boyfriend, was sentenced Friday to 40 years in prison. She'll have to serve a minimum of 85 percent of the sentence, meaning she won't be eligible for parole for 34 years, by which time she'll nearly be in her 60s.

Hubers admitted to police she shot Ryan Poston six times in his Highland Heights condominium in 2012; she was found guilty of murder in April after a two-week trial.

"It's probably as cold-blooded an act as I've been associated with in the criminal justice system," Judge Fred A. Stine said, just before he announced the sentence.

For months in court, Poston's family relived the darkest days of his fatal attraction. Both the murderer and her victim have been portrayed as disturbed people, fighting not just each other, but themselves.

A psychologist testified Friday that Hubers is a narcissist. Stine agreed.

"It's clear Ryan Poston had some demons that he was fighting," Stine said. "I don't think you've recognized that you have any yet."

The judge also indicated he considered a longer sentence than the 40 years recommended by jurors.

Hubers claimed she was a victim of domestic violence, hoping for an earlier parole. But Stine didn't buy it, stating Friday there was no evidence Hubers and Poston were an established, live-in couple at the time of his death.

Hubers and Poston exchanged thousands of text messages during their 18-month relationship, including one talking about a possible two-week separation. Hubers testified she met Poston via Facebook in 2011 and they began dating a short time later.

As the relationship developed, she said she moved into his Highland Heights condominium and began cooking, cleaning, organizing and taking care of his dogs. She added that she began trying to do more to spruce up the place. However, she never had keys to the house or pool.

"There's just not enough there," Stine said. "That's it, so I'm denying the motion to declare Ms. Hubers a member of an unmarried couple or a victim of domestic violence."

Just before she was sentenced, Hubers made one final plea to the judge, but the case came down to one phrase:

"I listened to everything that was said in here, and I never heard a word or a look that said 'I'm sorry' to these people back here," Stine said.

Immediately after Stine handed down the sentence, Poston's father, Jay, issued a statement:

"It has been three long and brutal years as we sought justice for Ryan. Today we embrace that justice, and yet we do not feel joy on this day. It is another day of emptiness in our hearts for the loss of our beloved Ryan. The Poston and Carter families will never forget the hard work and kindness of Campbell County Commonwealth Attorney Michelle Snodgrass, Assistant Campbell County Commonwealth Attorney Sheryl Heeter, Police Chief Bill Birkenhauer and Lt. Dave Fornash of The Highland Heights Police Department and their dedicated staffs. We now move forward with our lives, with our memories and our grief."