Board of Regents met in closed session Tuesday 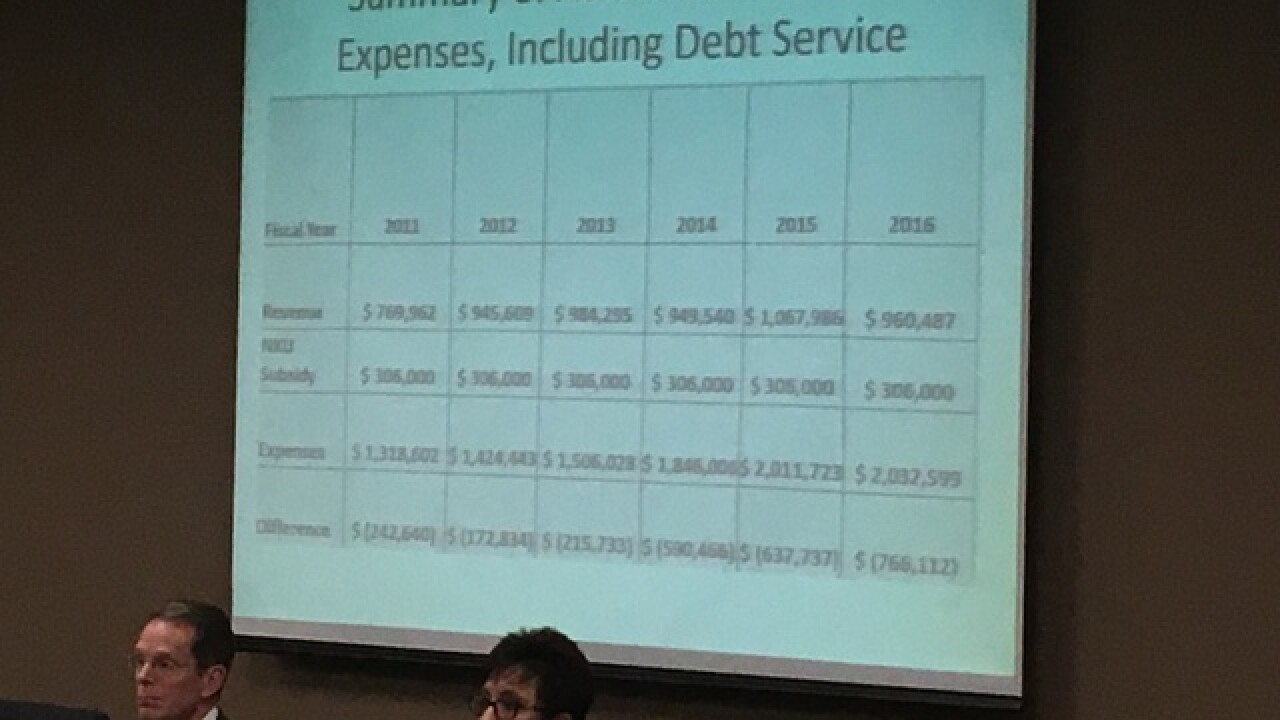 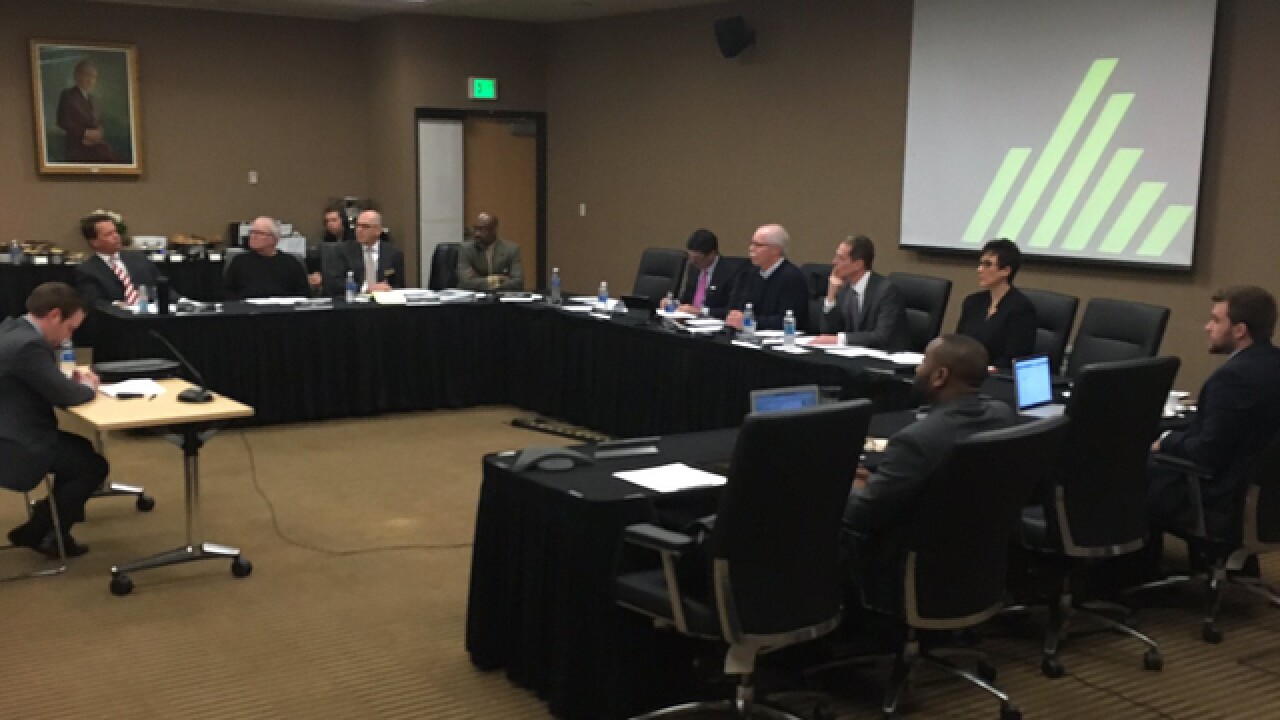 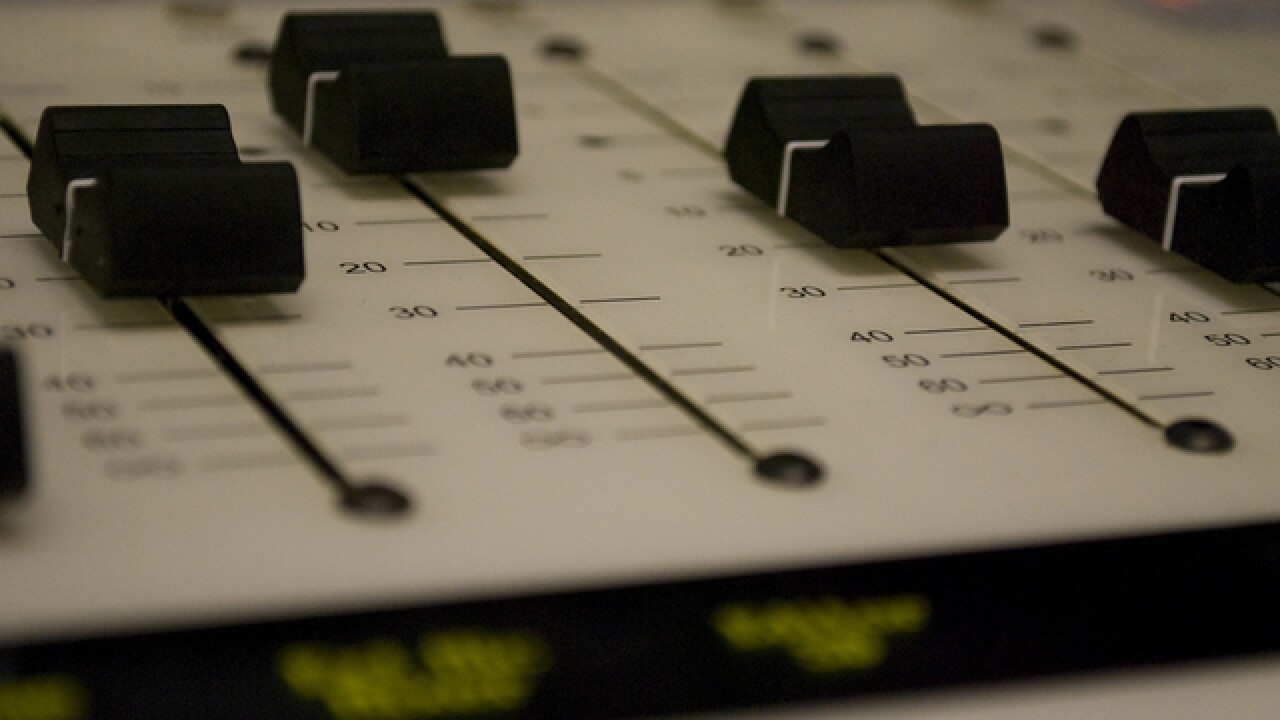 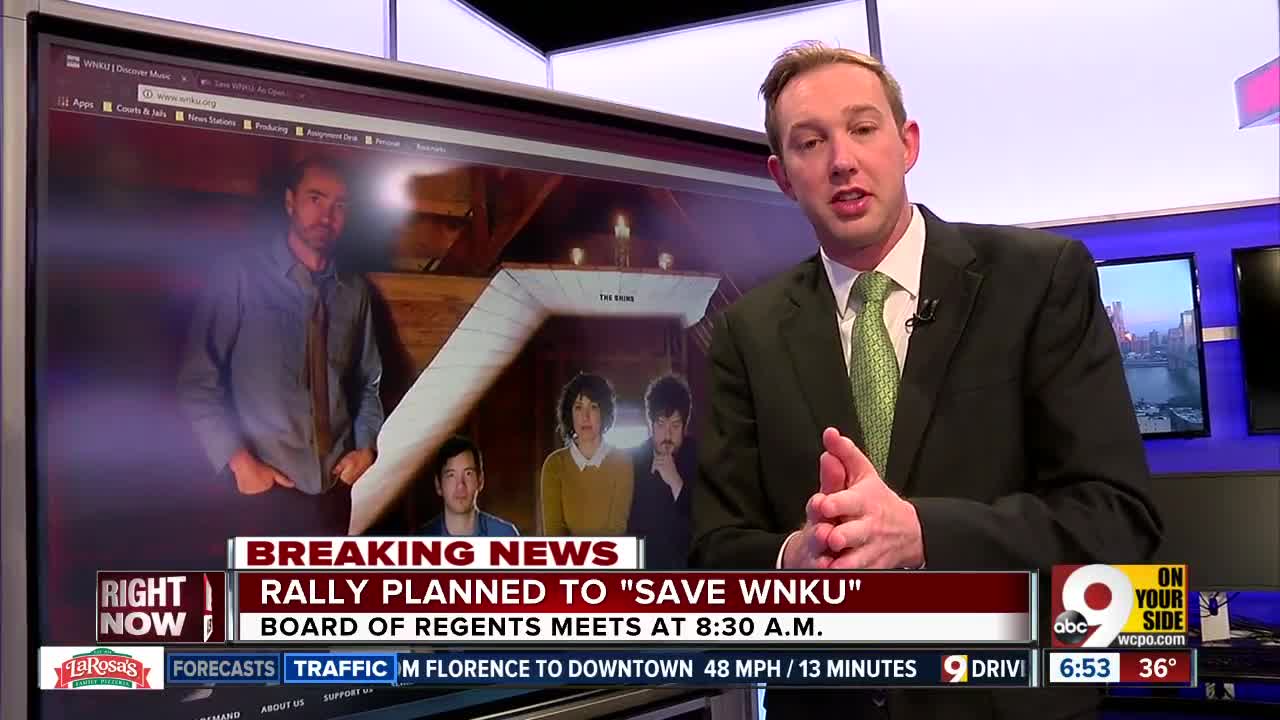 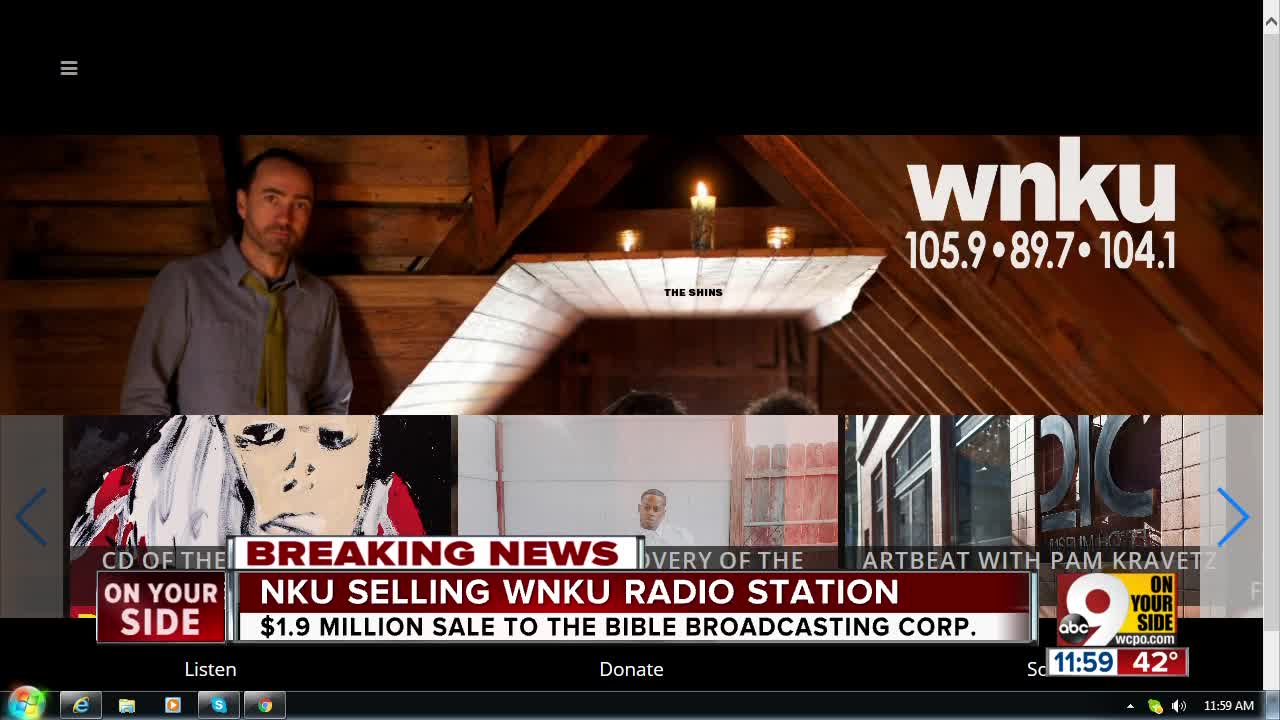 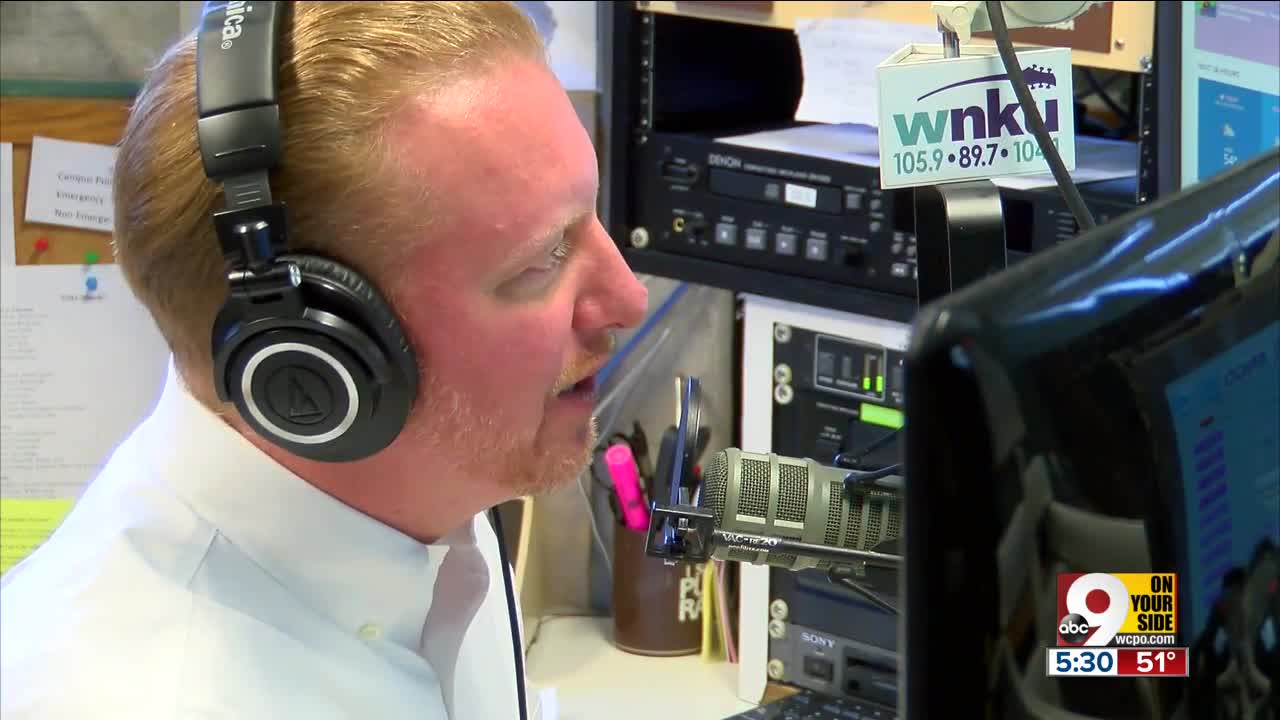 HIGHLAND HEIGHTS, Ky. -- Music aficionados in Greater Cincinnati rallied to save a beloved radio station Tuesday morning, but it wasn't enough to prevent the Northern Kentucky University Board of Regents from selling off its radio station WNKU.

Board Chair Rich Boehne called the impending $1.9 million sale to the Bible Broadcasting Corporation a "very hard decision," but said the "marketplace has changed and it's against (WNKU)" due to the growing financial cost of operating the station.

The purchase agreement announced Tuesday includes equipment at the transmitter site, but does not include the WNKU studio, studio equipment or personnel. NKU will retain the WNKU call letters.

The regents also approved the sale of WNKE, WNKU’s repeater signal in Portsmouth, for $700,000 plus 75 percent of the net sale proceeds of WEKV in South Webster. That buyer is the Educational Media Foundation, which specializes in adult contemporary Christian music.

Regents provided a summary of revenue and expenses from 2011 to 2016, showing that WNKU’s deficits have grown each year since 2012 to a total net deficit of $2.6 million despite NKU’s total subsidy of $1.8 million during that period.

Amanda Nageleisen, NKU director of public relations, said the sale of the properties will allow NKU to invest that money annually back into programs that directly benefit students.

Nageleisen said Tuesday’s vote is subject to approval by the Federal Communications Commission, a process that could take several months. WNKU daily operations and programming will not change until that process is complete, but the station announced its sustaining members contributing monthly would not be charged any further.

Shortly after NKU announced its closed executive session on Monday, CincyMusic.com organized a rally for 8:15 a.m. Tuesday on the first floor of NKU's Student Union to save the endangered radio station from being sold off.

"This may be our last chance to show our support for WNKU," the CincyMusic organizers wrote on the Facebook event page. "While the executive session is closed to the public, we hope to send a message to the board before and after the session that the over 3,000 member stakeholders who fund WNKU will not stand idly by while NKU's Board of Regents determines the fate of our station."

CincyMusic's "Save WNKU" campaign has gathered nearly 3,400 signatures on its online petition over the past several months. Looking to make budget cuts, NKU President Geoffrey Mearns first announced in April 2016 that the university would look into selling WNKU. At the time, then-General Manager Sean O'Mealy said 20 WNKU employees, including one student, could lose their jobs in the potential sale.

Georgetown College and Xavier University have made the same move in the past by selling off university-owned radio stations to stay in the black financially. Miami University transferred its station's operations to Cincinnati Public Radio for the same reason in 2009.

WNKU began broadcasting in 1985 as Kentucky Folk Radio and morphed throughout the years, eventually widening its range by acquiring much more powerful FM signals in Middletown and Portsmouth in 2011.

Editor's note: Boehne is president and CEO of The E.W. Scripps Company, which owns WCPO.