What's the role of city pool in heroin epidemic? 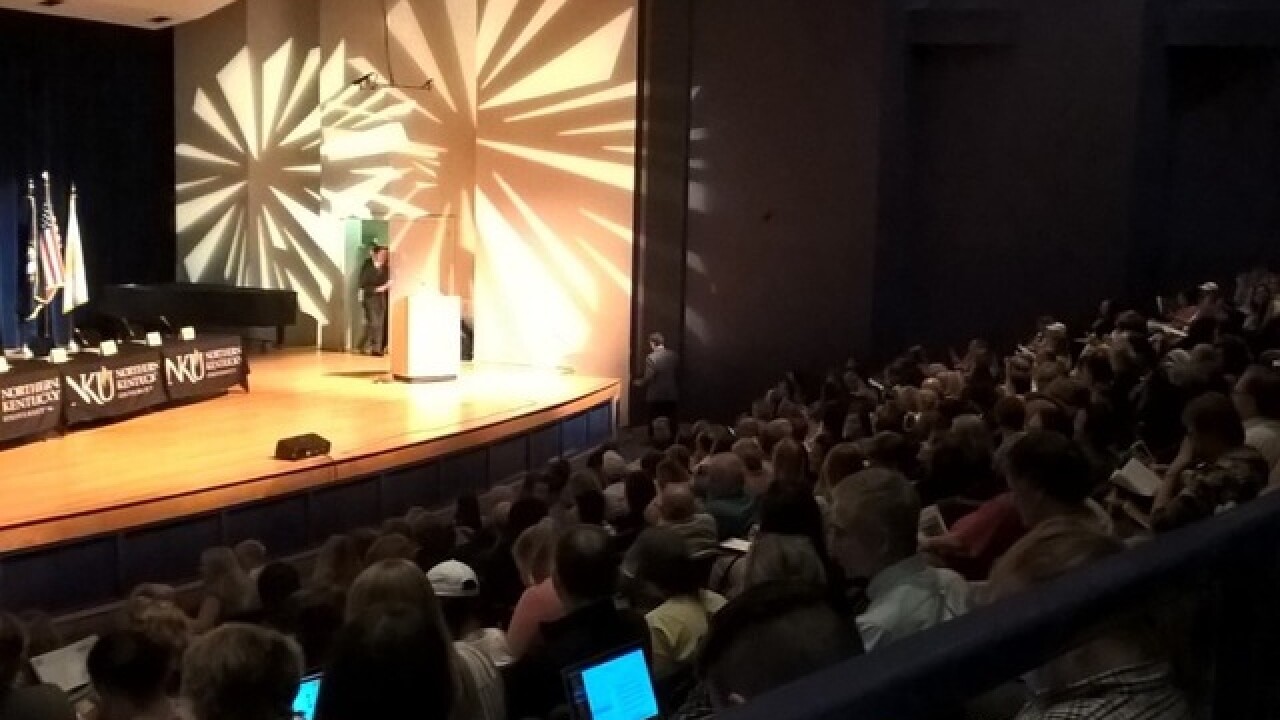 HIGHLAND HEIGHTS, Ky. -- They were students and grandparents, politicians and provosts. They wore sports coats and name badges, and they wore “NKY Hates Heroin” T-shirts.

It was that T-shirt that really summed up why several hundred people crammed into Greaves Hall at Northern Kentucky University on a beautiful spring night. They were there to listen to Sam Quinones speak about something horrific and ugly: the heroin epidemic.

Quinones, a journalist and author, spoke about his book "Dreamland: The True Tale of America’s Opiate Epidemic" in front of a packed house, courtesy of the Northern Kentucky Forum. The book covers a broad-spectrum problem, tracing the distribution of black tar heroin in small-town USA to small-town Mexico, to the city Xalisco, in the state of Nayarit. The town used an approach similar to a pizza delivery service to market and sell their heroin, without the use of guns and violence.

“We don’t see the Xalisco boys working anymore,” said Chris Conners, director of the Northern Kentucky Drug Strike Force. “We don’t see the black tar anymore, either. The cartels pushed them out.”

IN DEPTH: Read our Q&A with Quinones

Still, the book is about more than just how dope is moved from one country to another.

“It became more about who we have become as Americans,” Quinones told the audience. “We began to believe old rules didn’t apply to us. This is about the private sector run amok. We’ve developed a fear of the public sphere. We have wound up dangerously separate from each other.”

His book is centered on Portsmouth, Ohio, a town that he described as a ways away, “but right around the corner, too.” The title "Dreamland" is a reference to the city’s enormous pool that once functioned as a social center, but was filled in and paved over for a strip mall in 1993.

“Portsmouth lost its social immune system,” he said of that time. What followed was a surge in opiate pill mills, and when they were outlawed and shut down, a surge in heroin.

“He put it in a bigger context, and that’s really important,” said Courtney Ham, a social worker who deals with heroin addicts. “The most important piece of the road to recovery is that it happens through compassion.”

“These events feel hopeful,” she said. “There are people out there doing things because they care about their communities.”

“To me, Sam is an extraordinary detective. Nobody was able to pull this together from Mexico to Portsmouth and connect all the dots like he did,” said Jerry Kovacik. Kovacik is an addictions counselor and NKU alumnus who has read the book twice.

He felt that the talk was good for the community.

“People have to talk about it,” he said. “A big part of the problem is that people try to hide it.”

“I just started reading the book. I have friends who have lost relatives to addiction, have sons in jail for addiction,” said Debby Davis. “The book is fascinating.”

Davis described one of those situations, where a son of her friend had surgery for a sports injury at the age of 16. He was prescribed OxyContin at the time, she said, and kept getting prescriptions. Now, he is nearly 40 and still in an addiction program, afraid to quit taking at least a small amount of some opiate daily.

“God bless Sam for writing this book,” she said.