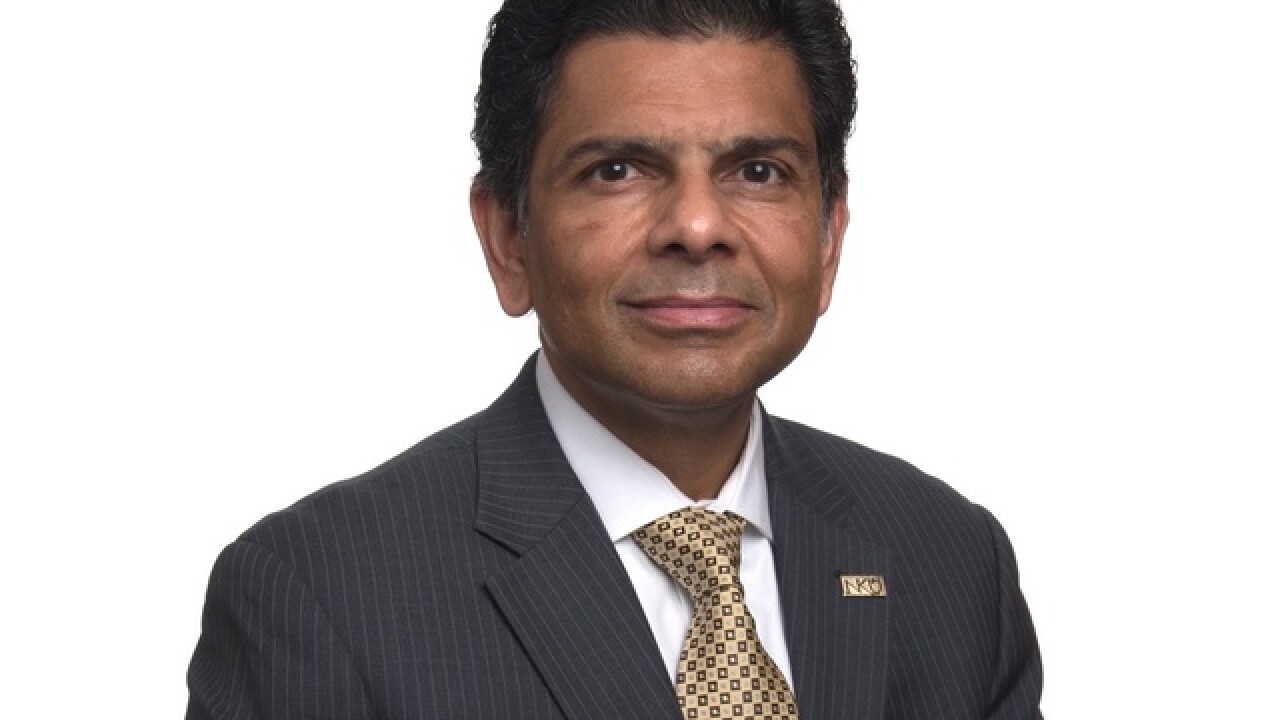 HIGHLAND HEIGHTS, Ky. -- Ashish Vaidya, interim president of St. Cloud State University in Minnesota, has been selected as Northern Kentucky University's  sixth president and will fill the role on July 1, 2018.

The presidential search committee, composed of NKU's Board of Regents, faculty, staff, students and community members, recommended Vaidya after an eight-month process. The board of regents unanimously elected him Wednesday morning .

“We knew what we wanted in our next leader. Someone who reflects the entrepreneurial spirit of NKU, and I feel confident that Ashish is that person. In my conversations with him, it’s clear he will be a dynamic leader who will champion our causes and build on our strong foundation,” said Rich Boehne, chair of NKU's board of regents.

He also worked at California State University Channel Islands as dean of the faculty from 2005 to 2010, as the MBA director from 2003 to 2005, and as founding director of the Center for International Affairs from 2004 to 2006.

“The momentum at NKU right now is truly amazing. It’s what first caught my attention, and I continue to be impressed the more people I meet. As I learned about the university, its history and its role in regional stewardship, it fits well with what I was looking for. I’m honored to serve as NKU’s sixth president and am looking forward to the adventure that lies ahead,” Vaidya said.

Vaidya holds a bachelor’s and a master’s degree from St. Xavier’s College in Mumbai, India, and a master’s and a doctorate from University of California, Davis. He is married to Nita Vaidya, a sociologist. They have two children: Jaanhvi, a technology consulting analyst with Accenture; and Avaneesh, a student at the University of Arizona.

Vaidya will join the university as NKU celebrates its 50th anniversary, opens the Health Innovation Center and engages in new projects such as the partnership with St. Elizabeth Healthcare and the UK College of Medicine to establish a northern Kentucky medical campus.