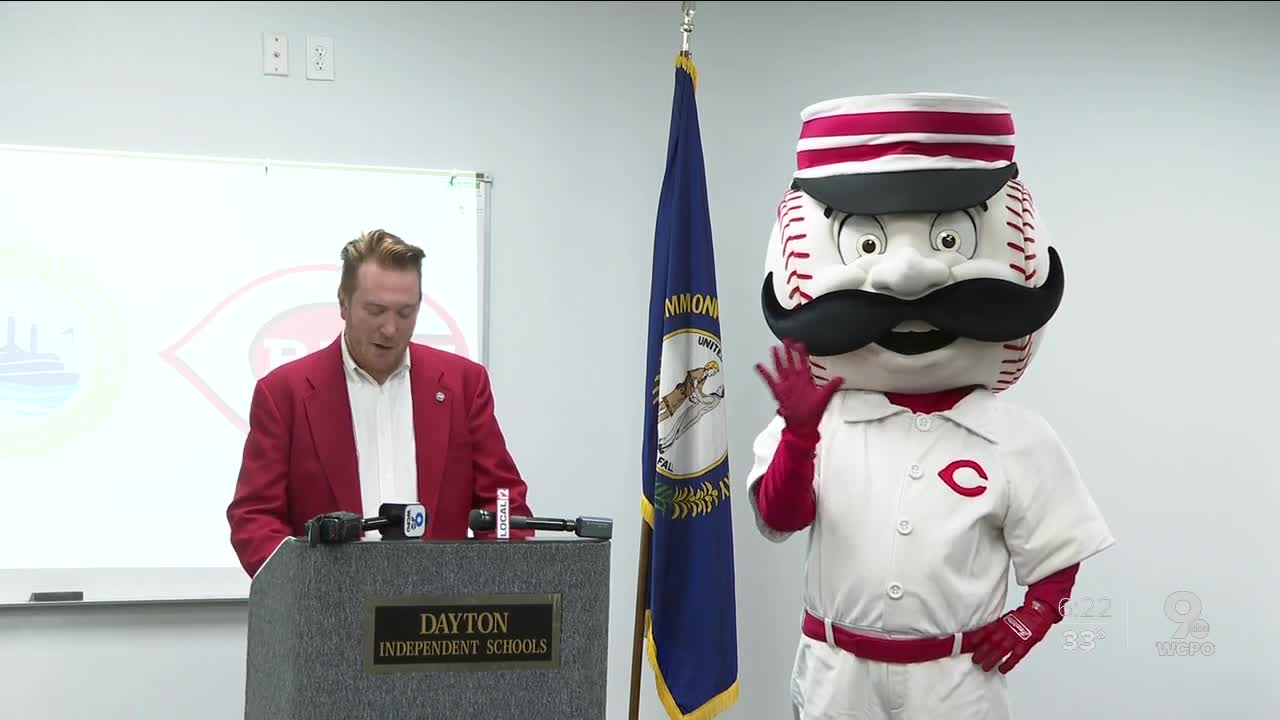 For the city of Dayton, Kentucky, March 26 will belong to the Reds.

DAYTON, Ky. — For the city of Dayton, March 26 will belong to the Reds.

"Today, Dayton is honored to be the very first city in the region — and most probably the nation — to recognize Opening Day as an official holiday," Baker said.

The proclamation gives city workers a day off to watch the game, though the holiday won’t get Dayton Independent students out of school (sorry, kids).

But Baker still hopes families will take the holiday to celebrate and pass along America’s pastime to the next generation. He explained how Dayton's rich history intertwines with baseball: the sport was introduced to the city in the 1850s, and seven former Major League Baseball players were born in Dayton.

"On that day, Dayton, Kentucky, will take the opportunity to teach our children the importance of the game. We will take time to remember what the game teaches us: camaraderie, sportsmanship, recreation and community,” he said.

And who knows? Maybe the city of Cincinnati will take a cue from Dayton — certainly no Reds fan would balk at an official day off to celebrate, would they?