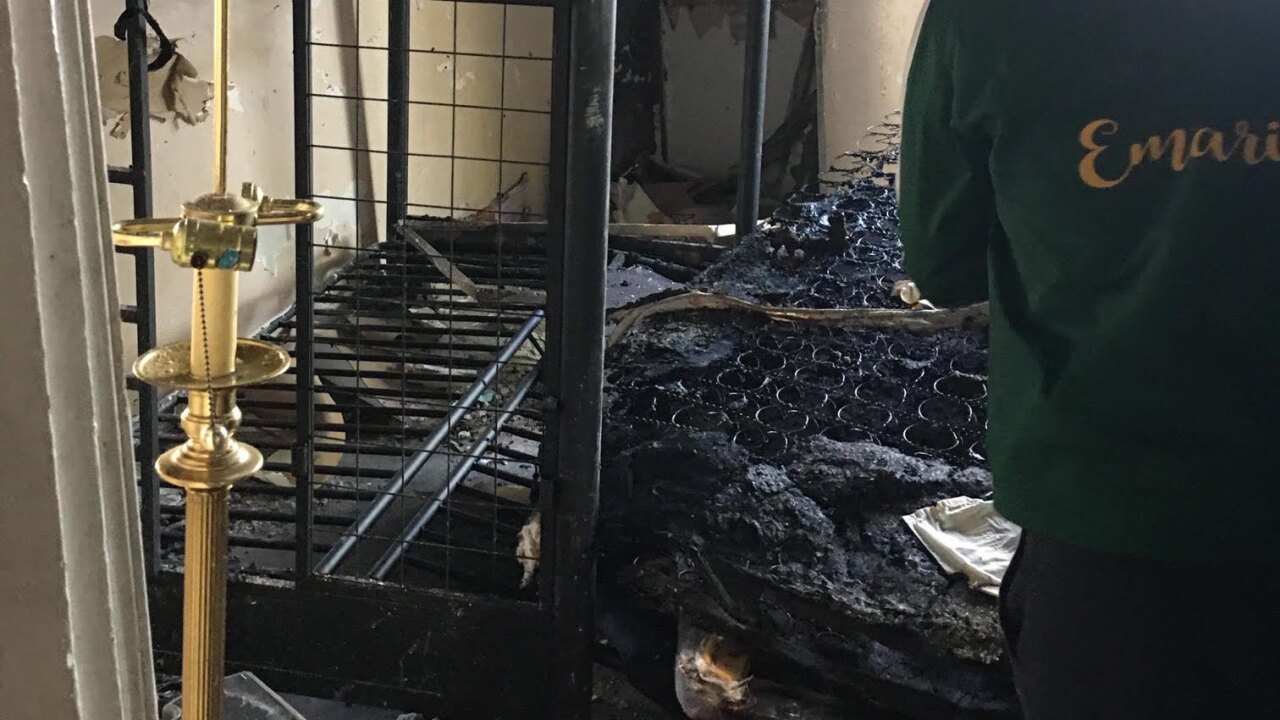 Keisha Litton provided this photo of the inside of her home after a fire Nov. 2, 2019.

DAYTON, Ky. — Nathan Litton and his wife were both at work Saturday when one of their five children accidentally set their home on fire. He learned about it moments later in a frantic phone call from his daughter, who was attempting to extinguish the blaze with a hose.

“I’m trying to walk her through what to do,” he said Wednesday night. “I didn’t know how bad it already was. It was already too big for her to stop.”

It was too big for anyone, including firefighters, to do anything but get the children out of the house and leave everything else behind. By the time Litton reached his home, there was nothing left except a charred shell and a handful of family photos.

He, his wife and their children — ranging in ages from 5 to 16 — were homeless.

“The first time I walked in, I mean, you could smell the smoke as soon as you…before the door,” he said. “You walk in and everything is black.”

Friends of the family pitched in to help the Littons afford the hotel room where they were staying Wednesday, but the weeks ahead remained uncertain.

Litton isn’t sure what will come next or where they’ll end up.

“It’s been hard to even think about that, to be honest with you,” he said. “Trying to get them back and forth to school right now and just whatever they need has been our main goal. I hadn’t even thought about Christmas yet. I’ve just been making sure they got what they need.”

Anyone interested in helping the Littons pay for food, toiletries and other necessities as they search for a new home can donate online via GoFundMe.