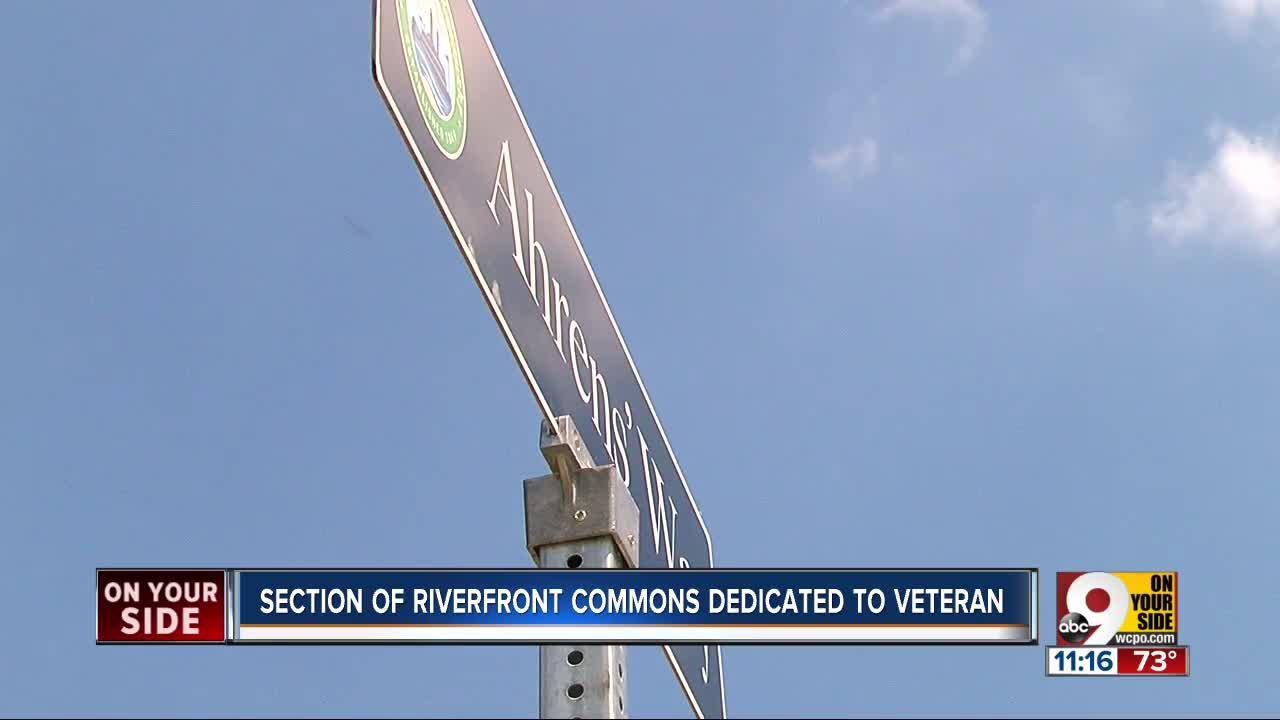 The Riverfront Commons project will eventually boast a 12-mile path connecting Northern Kentucky; the trailhead was dedicated to a WWII veteran on Thursday. 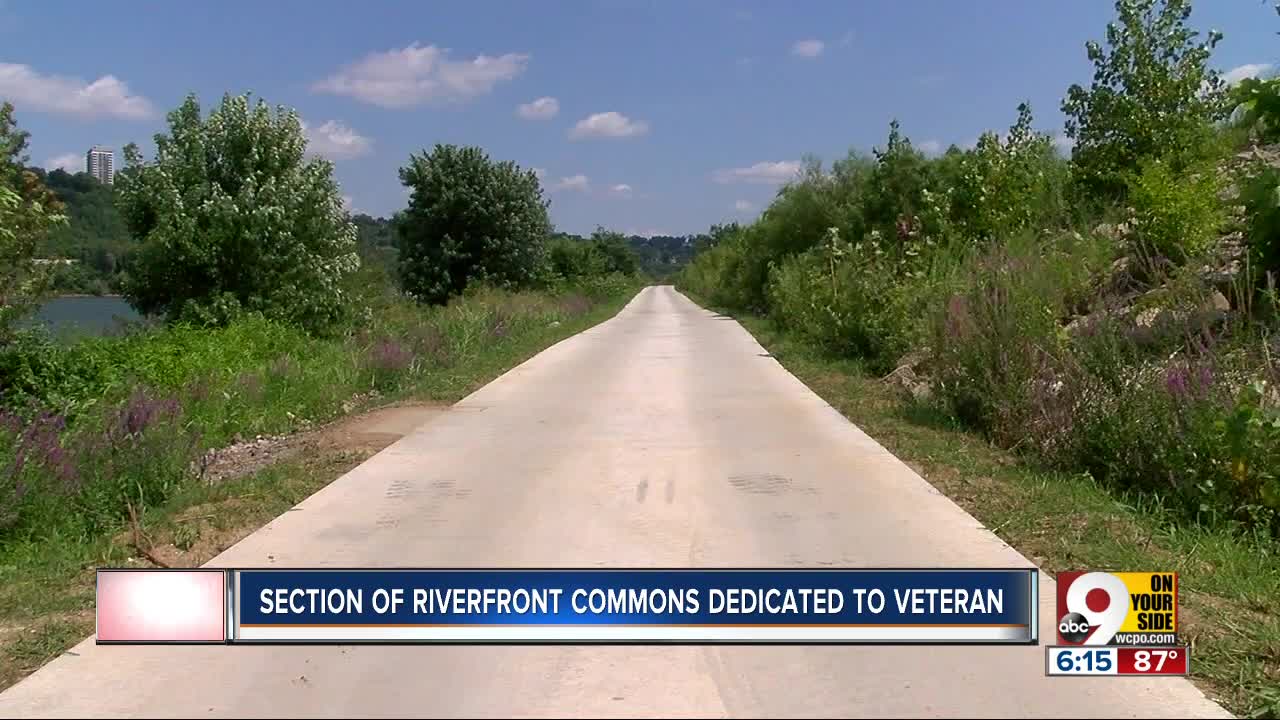 DAYTON, Ky. — A trail head in Dayton, Kentucky, slated to eventually be a part of the much larger Riverfront Commons project, now bears the name of a Dayton native killed in WWII.

"Ahrens' Way" will now serve as a connecting path for the riverfront region, and a way for locals to honor a veteran who gave his life to protect his country. The trail is named for Private First Class Edward Ahrens, and will help create a network of walkability within the Northern Kentucky region, while knitting in those who helped shape the community.

"We're a country that really loves our veterans, but sometimes we tend to forget about them," said Jim Lucas, a Vietnam veteran and VFW member. "And this, we'll always remember him as long as you walk on this trail."

Ahrens' Way is part of what will become a larger 12-mile trail through the area.

The dedication is a big deal for Ahrens and his family, but Lucas believes it also lifts the community as a whole, celebrating a legacy all veterans leave behind.

"To be able to dedicate a trail right on the banks, where he grew up, is really important and really special for us, and we're excited," said Michael Giffen, city administrator for Dayton. "It's just a strong part of Dayton's fabric to remember those and honor those that have fought."