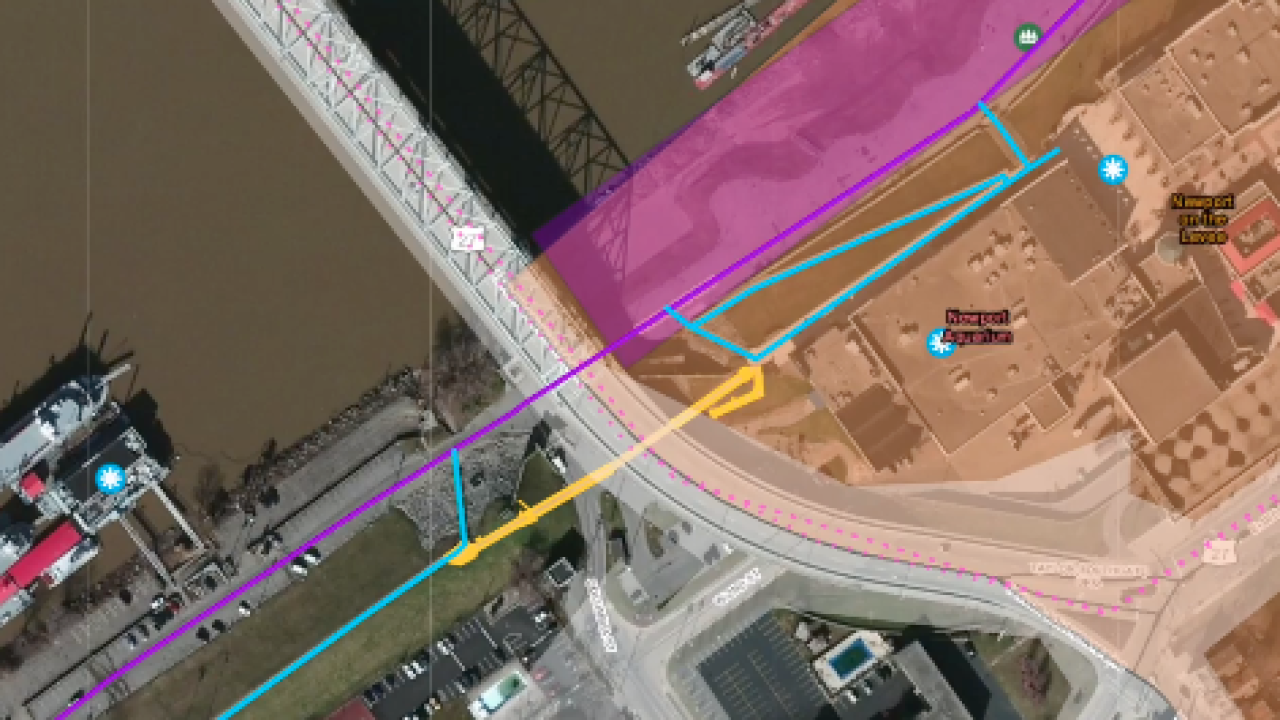 Riverfront Commons | YouTube
In Newport, the pedestrian bridges will connect on the east and west sides of the Taylor–Southgate Bridge. 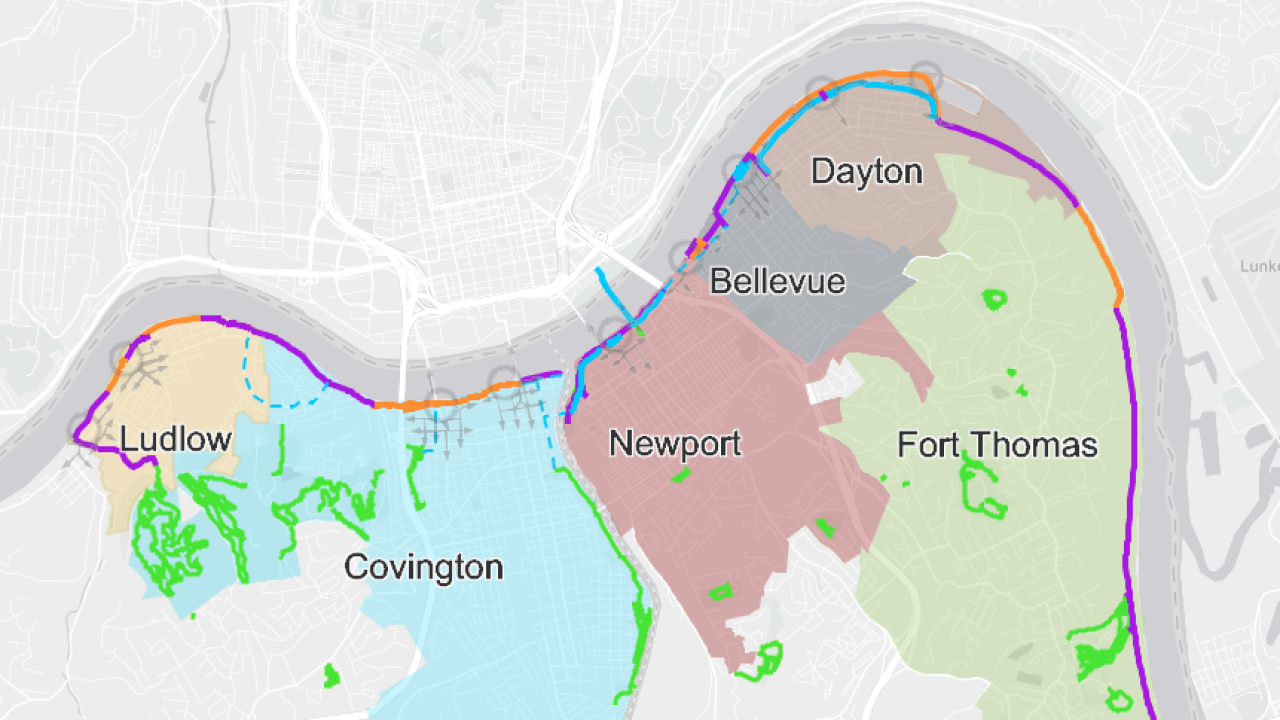 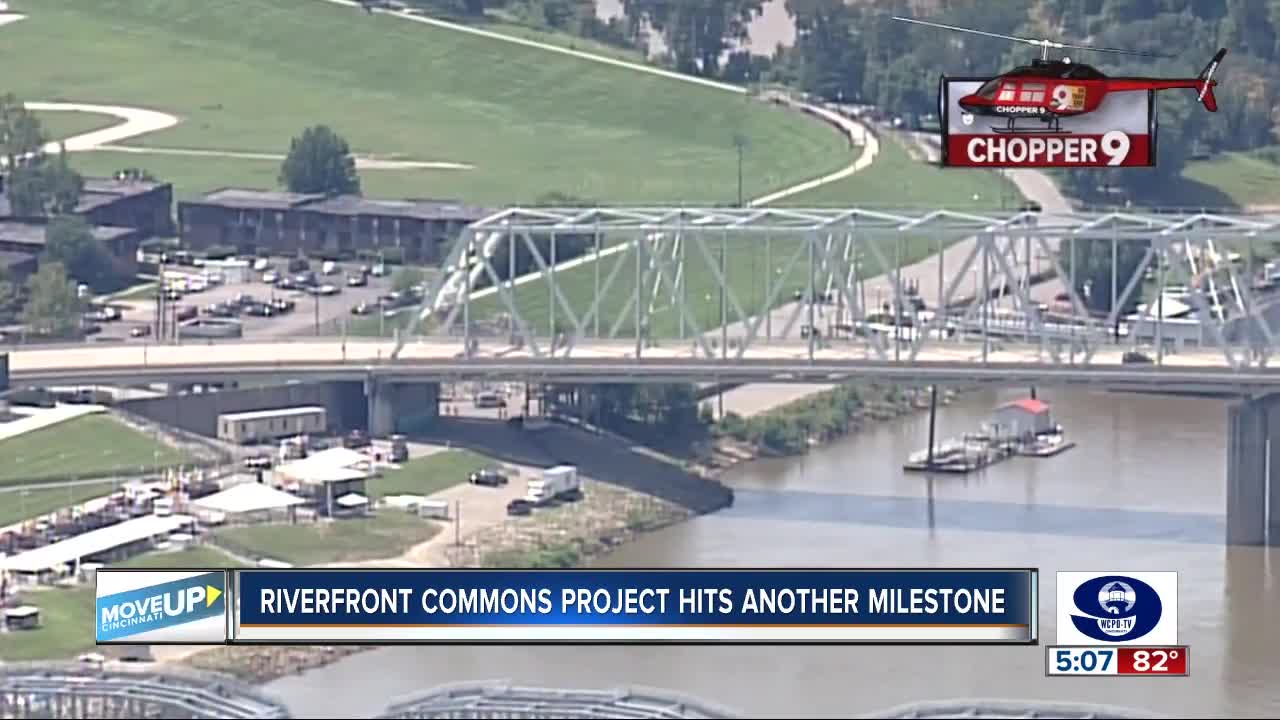 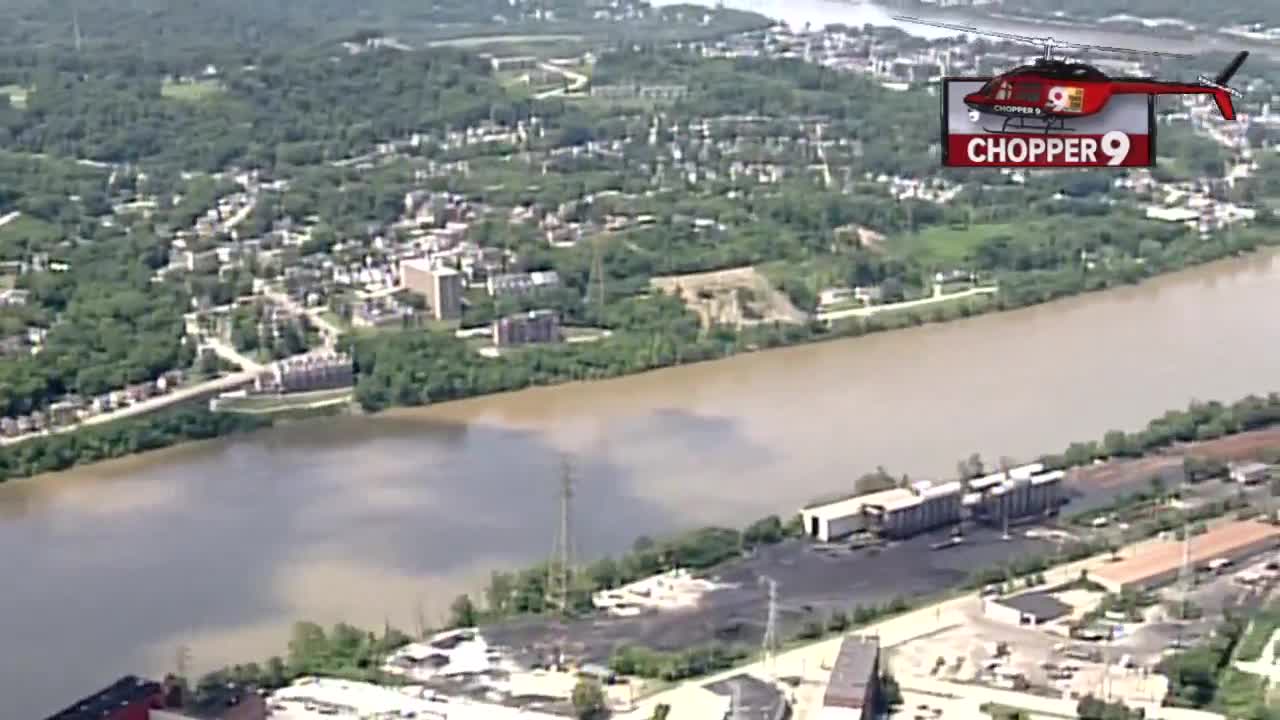 NEWPORT, Ky. — The city of Newport gave its final approval for a pair of elevated pedestrian walkways as part of the 11.5-mile trail project along the Kentucky side of the Ohio River.

The Newport City Commission unanimously signed off on construction of the bridges, according to City Manager Tom Fromme.

“Even though you’re going through different cities, the cities have their own identity but they’re all a part of the bigger region of Southbank,” said Dennis Keene, the House Representative for Kentucky's 67th district. "What's good for Covington is good for Newport."

“This new connection will enhance the accessibility for our residents and visitors,” he said.

In Newport, the pedestrian bridges will connect on the east and west sides of the Taylor–Southgate Bridge.

Newport Mayor Jerry Peluso said the Riverfront Commons project in Newport has been at least 20 years in the making.

“It is a project that has already proven to be a great marketing tool for not just the six river cities but for the entire region as a whole,” he said. “It is bringing people to communities, and that's just what we want.”

The trail, which connects with other local trail systems, accommodates walkers, joggers and bikers. It will provide a series of access points for easy travel to neighborhoods and business districts.

“This project exemplifies the very purpose of Riverfront Commons - connectivity, walkability and bringing people to our river cities,” Moreland said. “These pedestrian walkways will make it easier to get from Riverfront Commons to Newport on the Levee, the Newport Aquarium, Festival Park, the new SkyWheel when it opens and the Purple People Bridge."

For local businesses along the river, the hope is that the enhanced entertainment options will drive foot traffic that could lead to increased economic potential in the area.

"What we're hoping it brings in is more people out this way for one thing, and the businesses would hopefully thrive from that," said Jon Pelle, owner of Pelle's Cafe in Silver Grove, Ky. "We're also hoping it would be an attraction for homebuyers."

RELATED: Newport SkyWheel finally on its way — for real this time

Newport will provide a 20 percent match of the total project cost, or about $275,000, according to Newport officials.