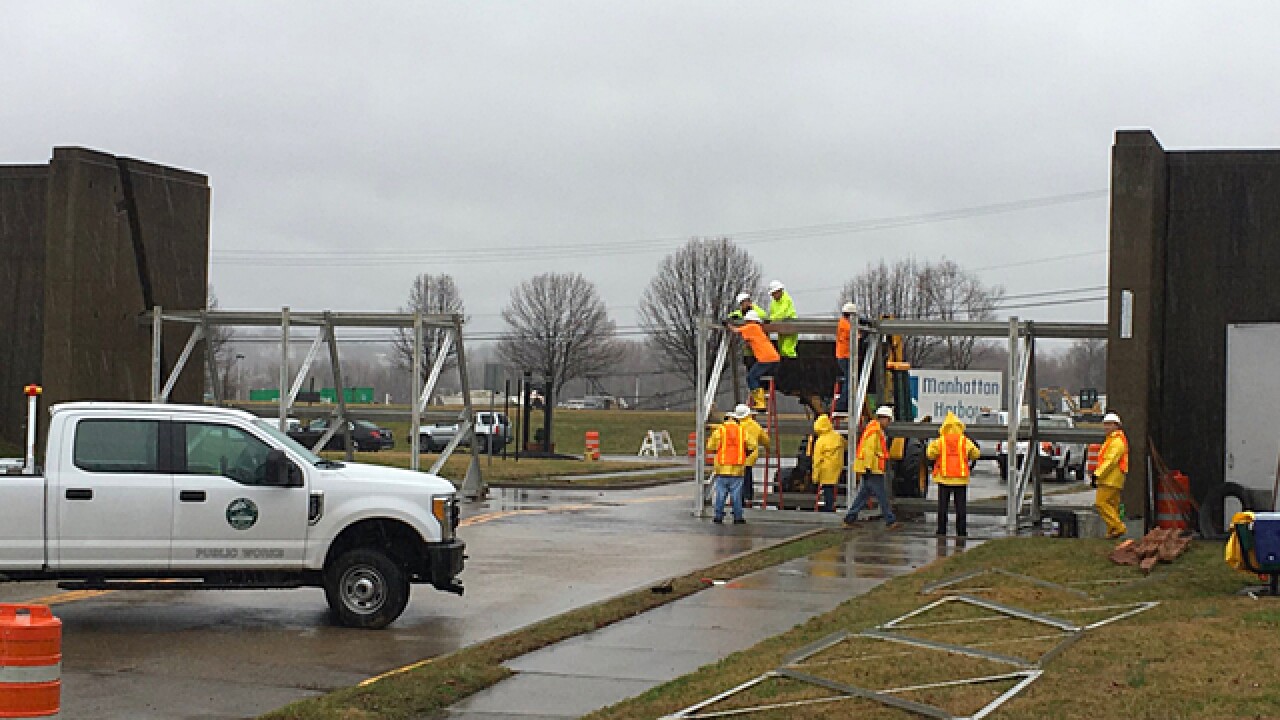 ALEXANDRIA, Ky. -- The American Red Cross has opened an emergency shelter for those who have been forced out of their homes due to flooding.

The shelter, located at the Alexandria Community Center, will be primarily utilized by those who live in the river communities of Silver Grove and Melbourne until water levels recede.

Employees in Dayton, Kentucky installed a flood gate across Route 8 on the east end of the city.

“With our crew and the help of Campbell County RCC it will probably take us about 20 hours to get it all up and done,” Lucas said.

Crews installing floodgate on Route 8 at the east end of Dayton, KY, as a precaution against rising Ohio River. @WCPO pic.twitter.com/R4y3R5OtsK

Ohio River water would reach the gate at 62 feet -- 10 feet over flood stage -- but it was designed to handle the river as high as 82 feet.

MORE: What to expect as floodwaters climb

In Covington, the majority of Riverside Drive was underwater Friday with water lapping at several properties. Longtime resident Chas Brannen surveyed the scene and marveled at the water’s power.

“It crossed the street at 54 (feet) a couple of days ago, and now it’s at 57 and it’s just about to creep up into the park here,” Brannen said.