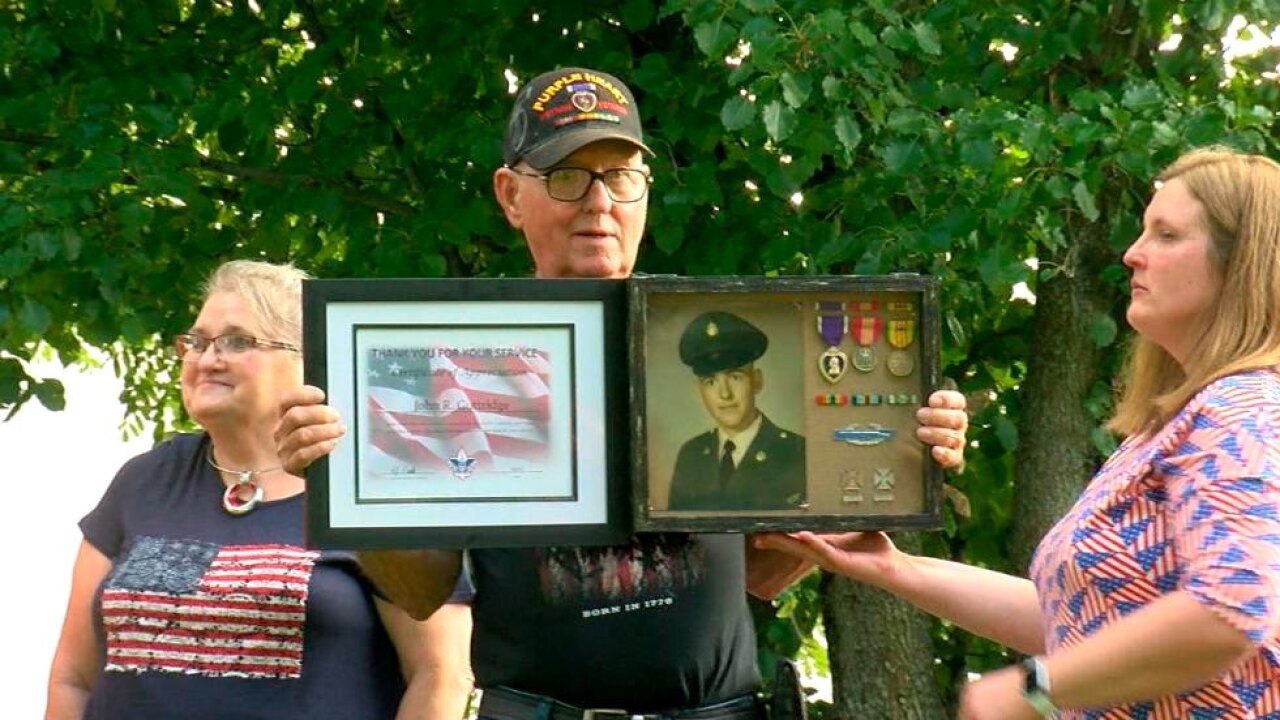 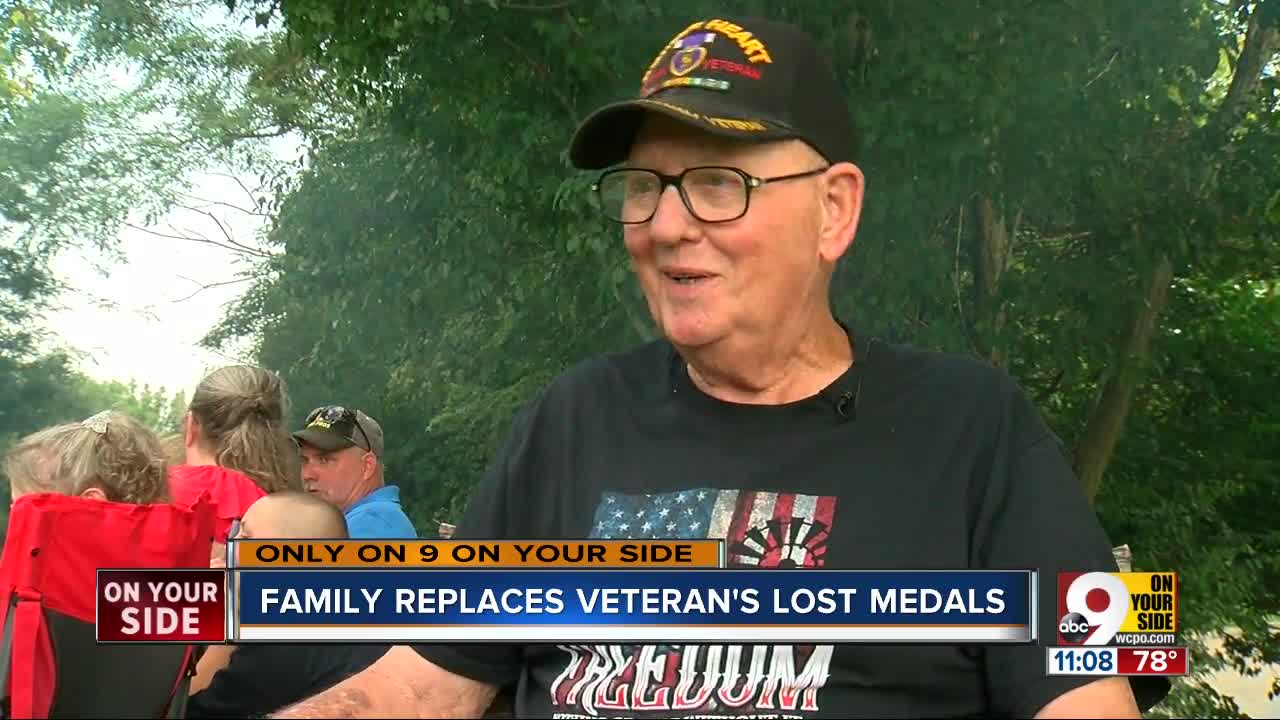 ALEXANDRIA, Ky. — Seventy-six-year-old Army veteran John Guttridge doesn’t get excited about much, he said Friday. When he was drafted and sent to Vietnam in 1965, he was scared only once — then never again. He did his job as a rifleman and counted the minutes until his discharge in 1966.

In the 11 months and 25 days between his arrival and departure, he earned a Purple Heart, a National Defense Service Medal, a Vietnam campaign medal and a small collection of Overseas Service Ribbons.

In the 53 years between then and Friday, his family lost them all. His daughter and grandson surprised him Friday by replacing them.

“We spent a year and a half talking about it behind his back,” daughter Amanda Moore said.

When she decided she wanted to have them replaced, she verified her father’s service with the National Archives and submitted a request to the Army.

They arrived 18 months later, and she had a new challenge on her hands: Figuring out how to surprise her father, a man so stoic he spent less than 10 days recovering from being shot during his time in the war.

She managed it by inviting him to an American flag retirement ceremony held by her son’s Cub Scout troop.

When he got there, she asked her son, Eli, to give him the medals.

Guttridge didn’t have much to say except: “I will for sure cherish all this.”

He admitted it was a little bit of a surprise. Just a little.