How the Queen City is becoming a hub for sexual healing 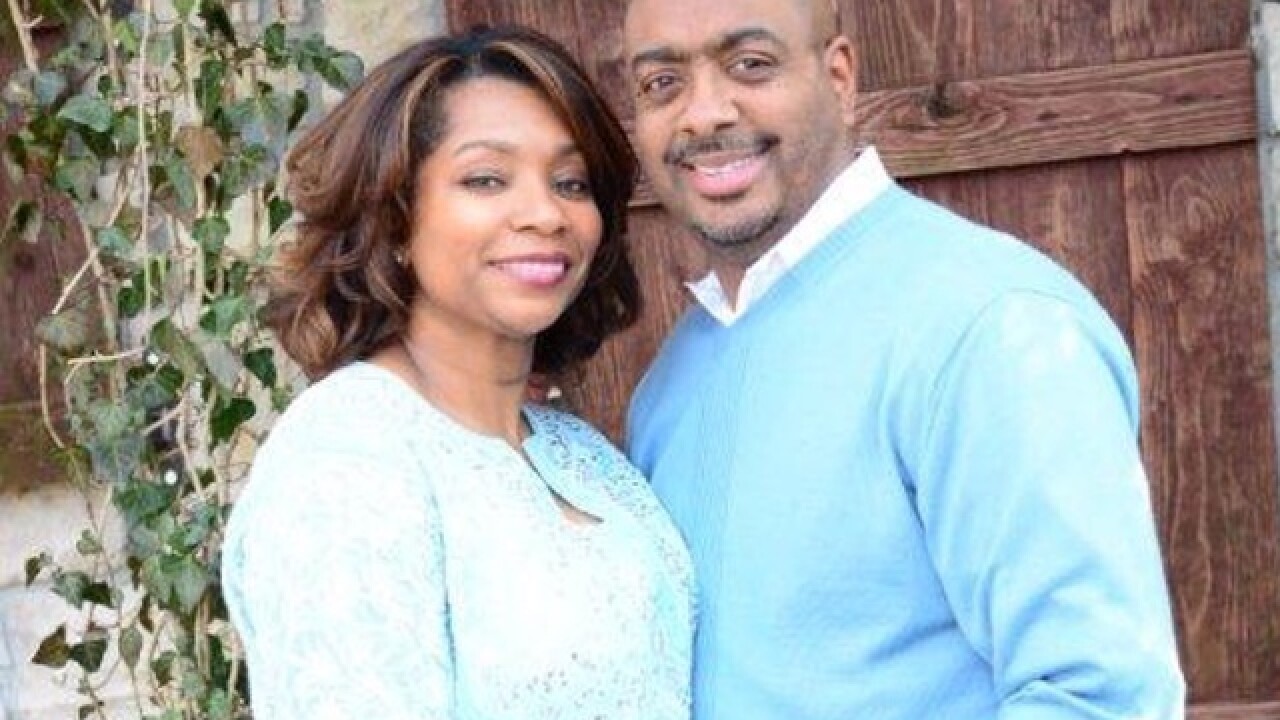 Copyright 2018 Scripps Media, Inc. All rights reserved. This material may not be published, broadcast, rewritten, or redistributed.
Provided
<p>Dwylett and John Montgomery of West Chester. Dwylett sought out help with her hormones after a partial hysterectomy. </p>

Editor's note: This story addresses sexual health issues some couples face and contains language some might consider offensive. WCPO included the language to better reflect the emotional and scientific nature of the topic.

Dwylett and John Montgomery describe themselves as "huggers" and "hand holders." The West Chester couple always embraced romance -- John even wrote love songs for his wife over their 30 years together.

"He'll wake up in the morning and have a little love song, or if I'm cooking it'll be some random song," Dwylett said of her husband. "Always very affectionate."

However, pain from fibroids -- noncancerous growths of the uterus -- and a partial hysterectomy in January had Dwylett suddenly and unexpectedly pulling away from John.

She physically recovered from the procedure, but the emotional toll lingered. The effect on her hormones drove away any desire to be touched. Dwylett said she felt unsettled, confused and irritable.

"I've always enjoyed intimacy with my husband. Just a hug, a touch -- you know -- things of that nature, and I found myself kind of shying away from it," she said.

She didn't just shy away from her husband, but also from her children, family and friends. John said Dwylett would decline a dinner date to spend time alone.

Sound familiar? For many couples, it might. The demand for sexual health treatment and sex therapy is increasing, according to sex therapist Emma Schmidt. She's among industry experts who want to help women and couples figure out and cope with the uncomfortable challenges of sex.

"A lot of people think they're alone in the problem, but we hear the same stories over and over again ... and we just want to validate like -- you are not alone in this," Schmidt said.

Patients from across the country are coming to the Tri-State to address sexual health needs related to everything from physical health to sexual desire.

Sex in the Queen City is getting healthier thanks to a few good women.

Dwylett got help with her hormones from Dr. Somi Javaid, an OB-GYN who specializes in sexual health.

"The number one thing I see is no desire or low libido," Javaid said. "Patients also come in with a great deal of sexual pain, arousal issues and then also problems with orgasm."

All of these are now treatable issues, according to Javaid, and more help for women is on the way.

"I can't tell you the name yet but there's a new medication that has already been submitted to the FDA, and this will truly be an on-demand medication for low libido," she said.

Javaid and Schmidt want to get the word out about the help available to women, men and couples in the Tri-State. Schmidt recently spoke to Cincinnati's largest church congregation at Crossroads -- yes, church -- which now offers Real Marriage groups at each location to tackle tough topics like sexual health.

Michaela and Dan Schaffer lead the Real Marriage group at the Crossroads West Side location. They experienced struggles with sex after the birth of their premature baby and Michaela's recent hysterectomy.

"It put our relationship on a different level because we were able to be open with each other and just communicate our fears and our hopes, and that's not just with sex," Michaela said. "It's with everything in marriage."

"If I can talk to her about it, then anything else is cake," Dan said.

Schmidt talks couples through whatever is getting in the way of a healthy sex life, including previous trauma, affairs or difficulty communicating their wants and needs.

"I have clients go through a guided conversation starter," Schmidt explained. "And so what they do by themselves, if they want to, is write down, 'What does sex mean to me?' Or, 'What is my favorite thing that we've done sexually? What do I fear about sex?'"

MORE: How to get a guided conversation started with your spouse or partner, and suggested questions from Emma Schmidt

Schmidt said she challenges couples to figure out the sexual puzzle without offering direct advice.

"There's something that is innate in us that feels like, 'I want to know you and I want to be known,' and in that sexual space, too -- and I think when we're able to cue in on that with our partner and feel that, and we're able to fit that puzzle piece together, there's greatness that happens," she said.

Another reason patients are coming to the Tri-State for treatment is health insurance coverage, Javaid said.

"Most centers around the country are cash-based, meaning they don't accept insurance," she said, "so I have women flying in from Seattle and Florida and Michigan trying to seek care.

"And then to have all the services concentrated in one area. We now know sexual health is a multi-step approach. I can give a woman a medication to help her, but she may need therapy. She may need to see a counselor, so there are multiple individuals or providers that need to be involved in her care."

Experts such as Javaid and Schmidt credit Patty Brisben, the founder and chairwoman of Pure Romance and president of the Patty Brisben Foundation. The foundation serves "to enhance women's sexual health and well-being through research and education," according to the foundation's website.

Javaid and Schmidt, with a team of specialists, joined forces to form the Ohio Center for Sexual Health this year with funding from the Patty Brisben Foundation.

MORE: WCPO talks to Dr. Javaid about opening of the Ohio Center for Sexual Health

Brisben holds quarterly panel discussions called #SexualHealthMatters . To date the foundation has raised more than $4 million for research and education.

"I think we're all grouping together and saying, 'How do we get this in the hands of the community?'' Because it's so important," Schmidt said.

The next #SexualHealthMatters conversation is Jan. 17. The events are free to the public.

MORE: The Patty Brisben Foundation's conversation on Sex and the Gender Gap

The old adage is true when it comes to sexual healing. Javaid hears the joy from her clients' husbands when treatment is successful.

John Montgomery, whose wife Dwylett sought treatment earlier this year, is one of those happy spouses.

"We're partners, so it's good to have my partner back. It really is," he said.

Click to learn more and get tickets for the next Women's Sexual Health speaker series #SexualHealthMatters.

Click to learn more about Dr. Somi Javaid and the Ohio Center for Sexual Health