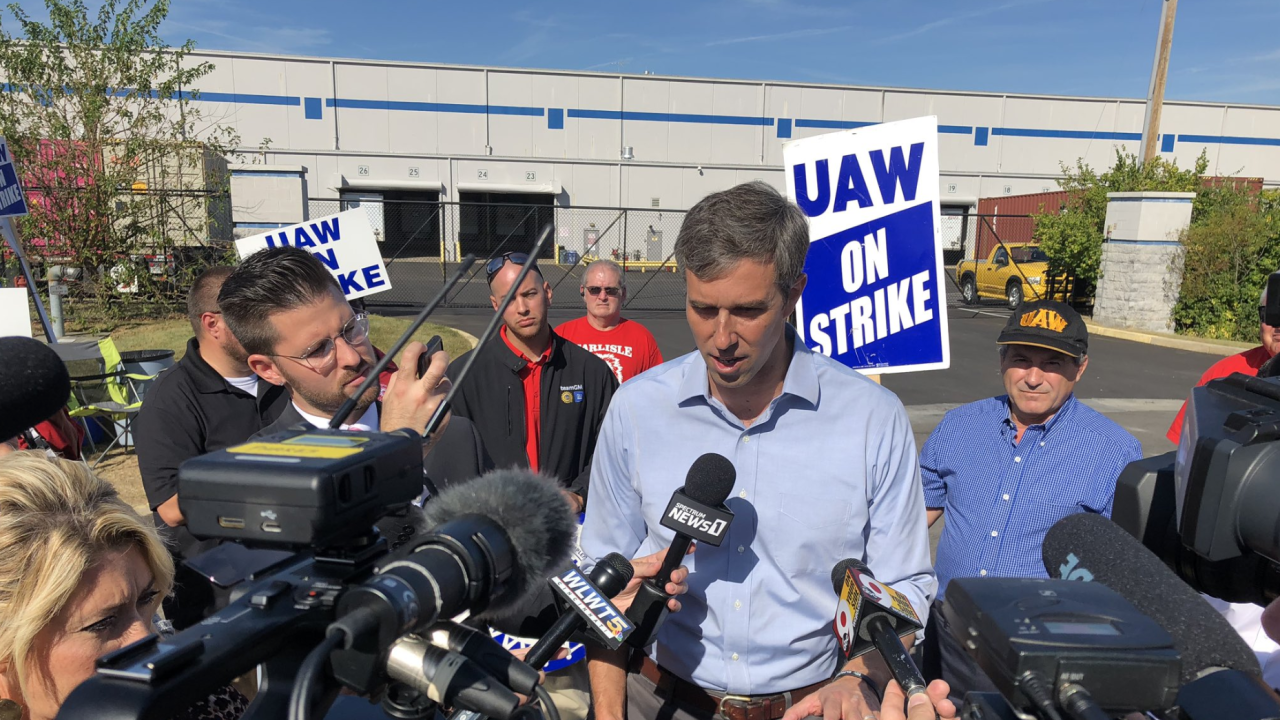 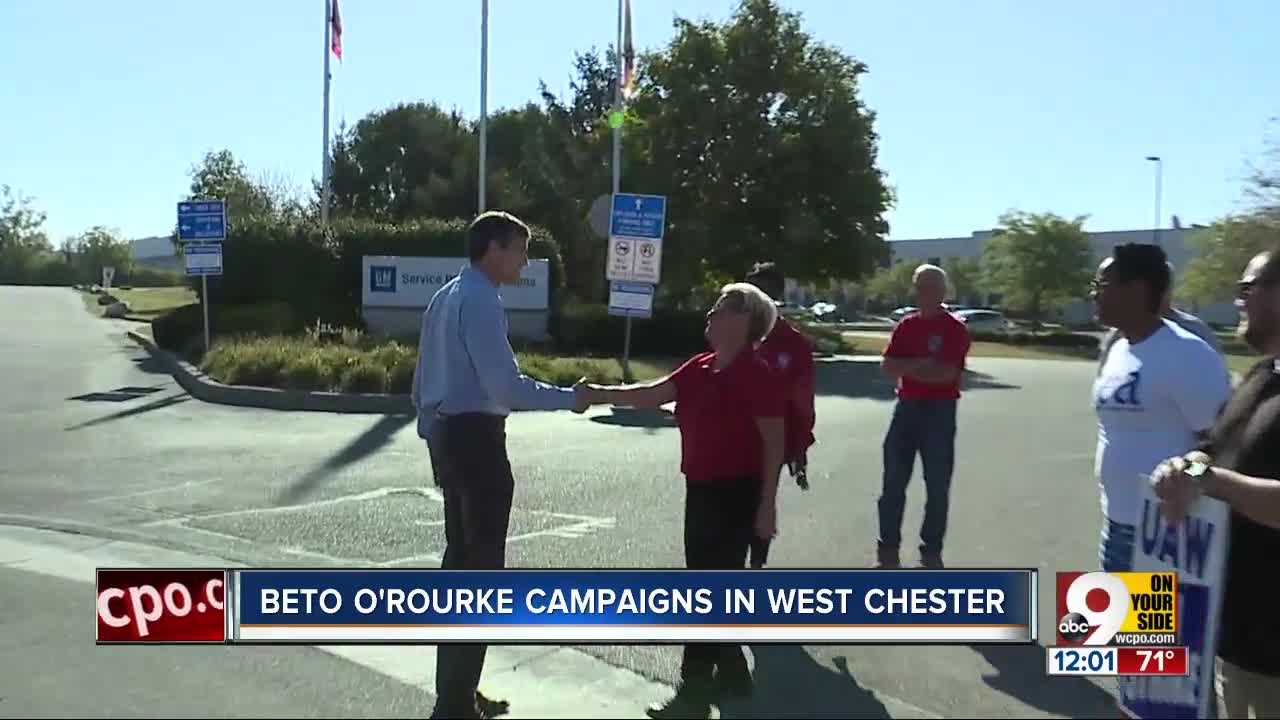 "We really wanted to stand in solidarity with the UAW," O'Rourke said. "They're not just doing this for members of unions, they're doing this for this country."

O'Rourke's visit comes as the UAW enters its second week of a national strike against GM.

The strike began after union leaders asked GM to relocate the production of some vehicles from Mexico to the US. Some of the solutions put forward by GM are to build an electric truck in a Detroit plant which was going to close and lithium batteries for electric vehicles in a Lordstown, Ohio plant which was also slated to close.

O'Rourke spoke with people on the picket line who raised concerns about worker's wages as well as healthcare coverage, especially during the strike.

"We are going to hold corporations, like GM, accountable," O'Rourke said.

"Every American should be able to count on a living wage... [As president] we are going to set a much higher minimum wage. We're going to ensure that healthcare is not something that there is an uncertainty about. Not a function of luck or circumstance, but a human right upon which you can depend."

O'Rourke also said he thinks there is a problem with inter-generational wealth in America.

"The rich keep getting richer," O'Rourke said. "The poorest in America, and the working middle-class, are having a really hard time just making ends meet, and the divide has never been so great as it is now."

Some of the solutions O'Rourke suggested to address this were a financial transaction tax, an increase on taxes a person might pay after receiving an inheritance or an unspecified change to the tax code.

"There's more than enough evidence, and enough reasons to move on with impeachment," O'Rourke said. "It's really time for Speaker Pelosi and the House to do their job."

NOW: Presidential candidate @BetoORourke - “It is now time for the House to move forward with impeachment [of @POTUS]” - just now at @UAW GM strike in West Chester - @wcpo pic.twitter.com/HbmaKsre5d

The Republican National Committee issued a statement saying: "Beto O'Rourke wants to take your guns, your paycheck, your cars, your cheeseburgers, and your straws. There isn’t a single Ohioan who is willing to get behind such a radical agenda like that.”

The Ohio Republican Party said, in part: "His support for banning fossil fuel would seriously jeopardize our state's oil and gas communities and our nation's energy independence."

O'Rourke said he and his campaign are going to visit Dayton and Lordstown, Ohio next as they continue a tour of the Midwest.