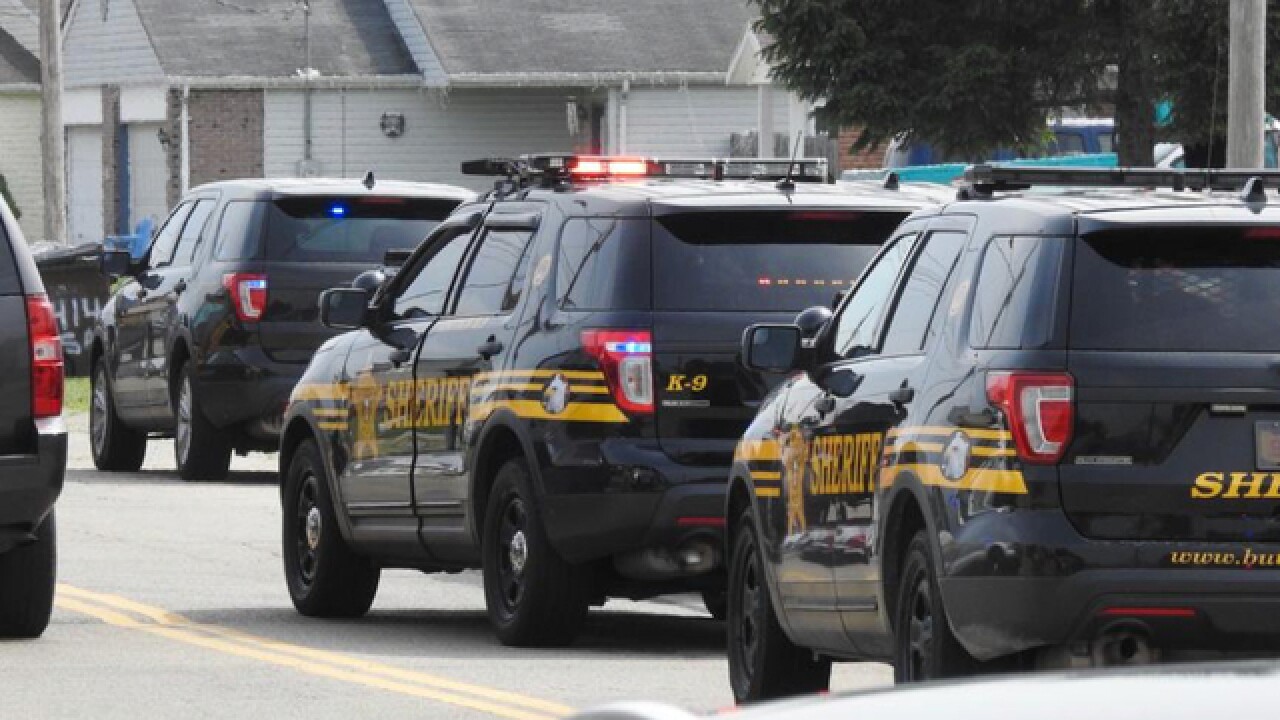 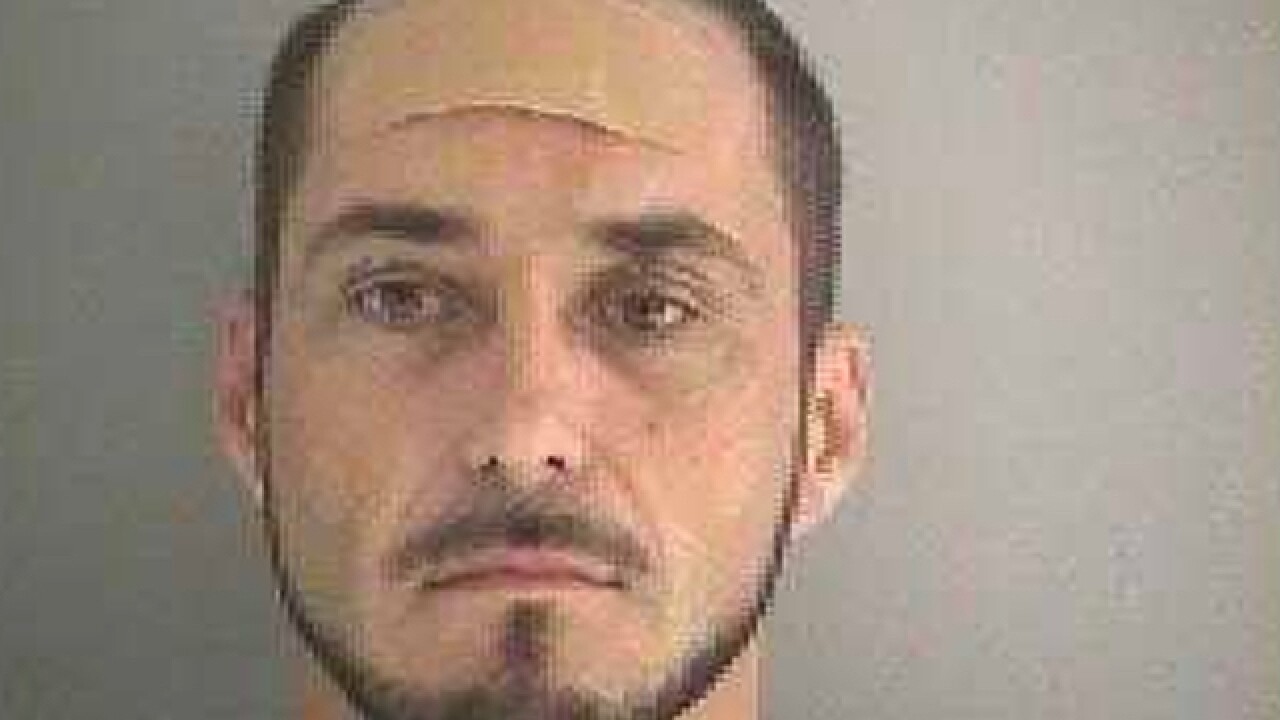 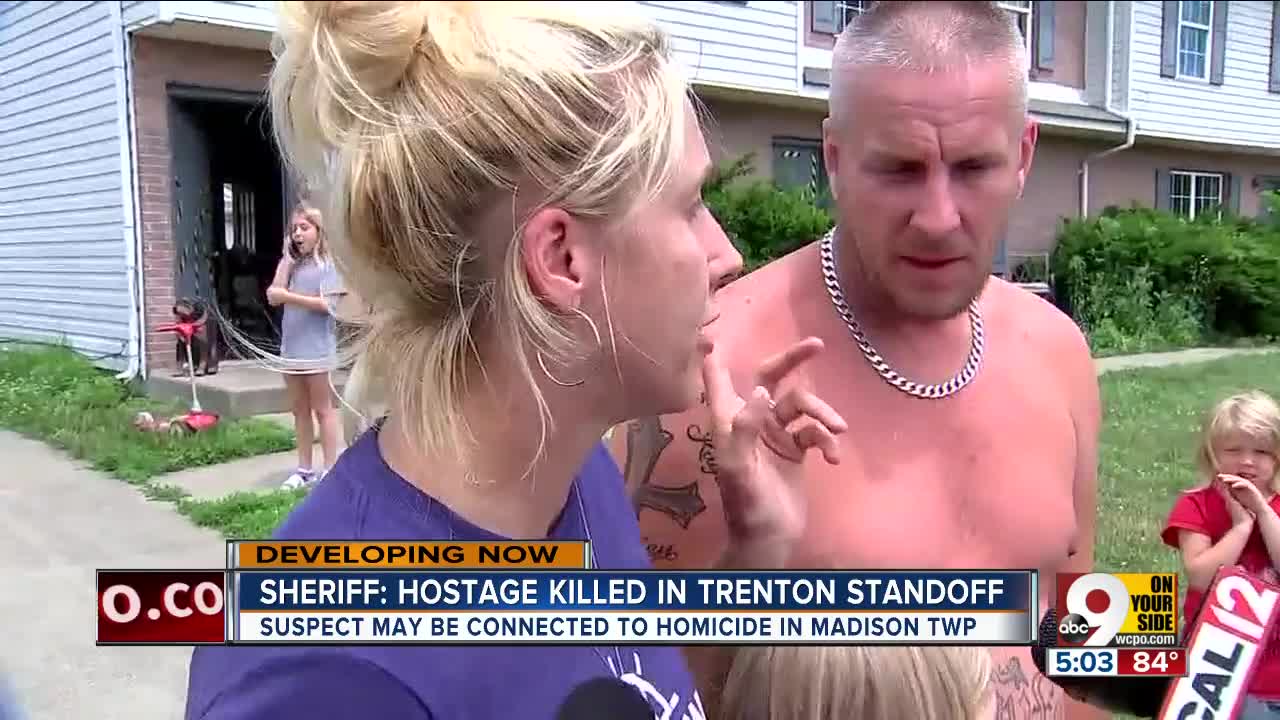 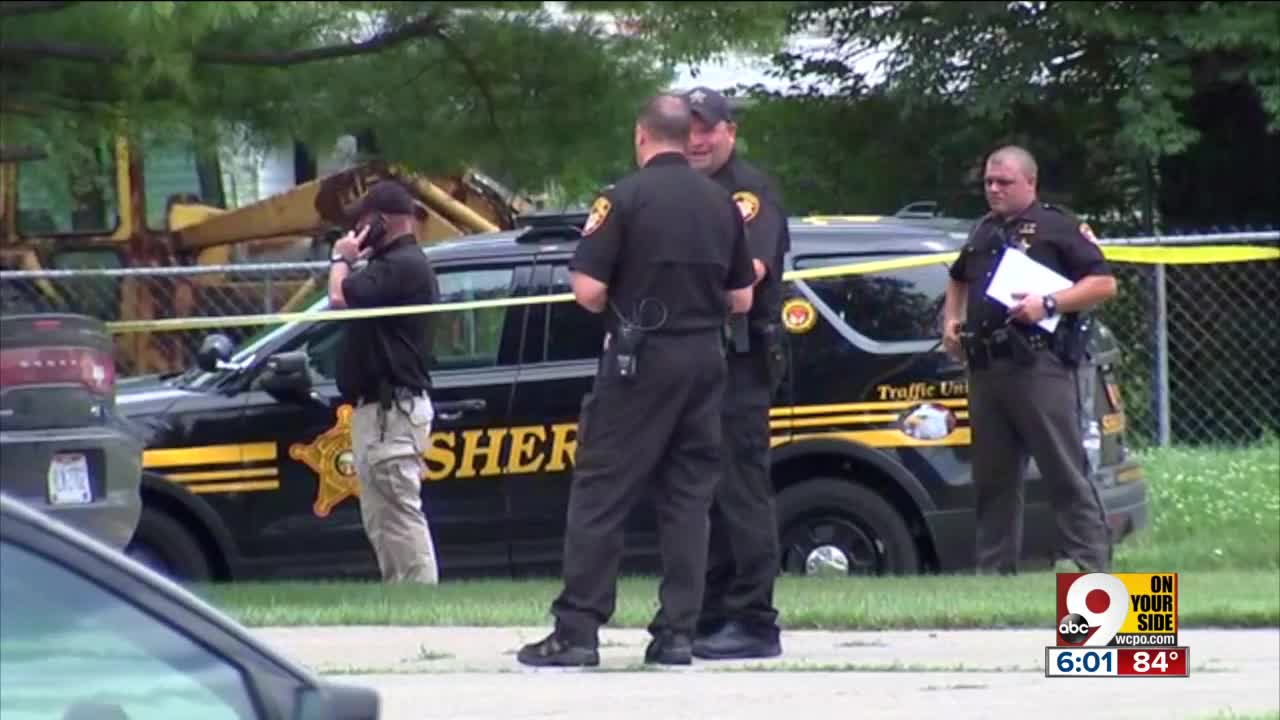 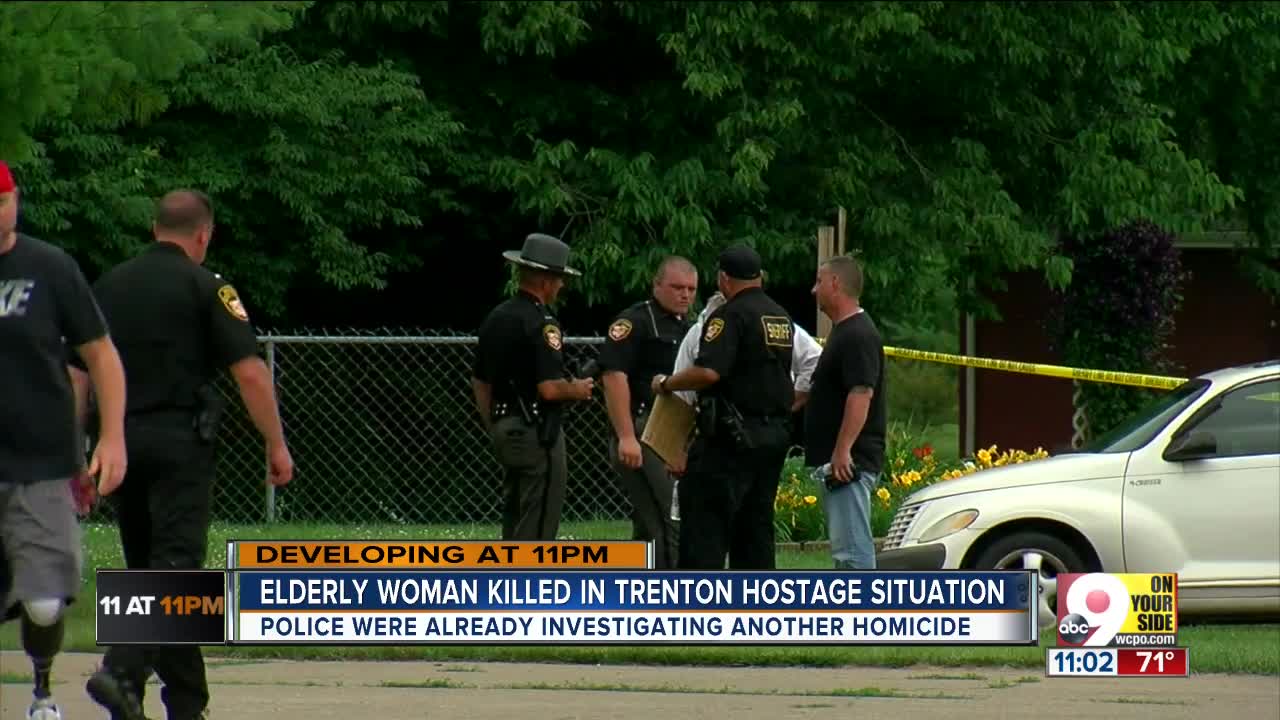 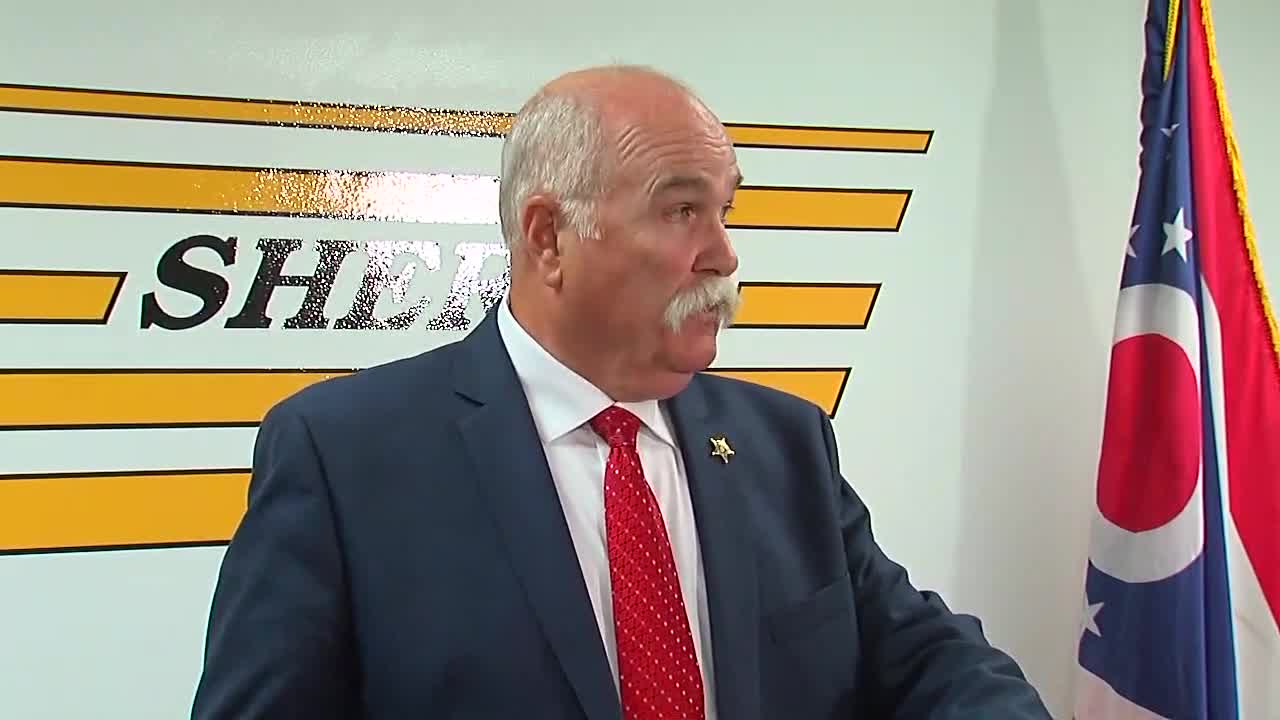 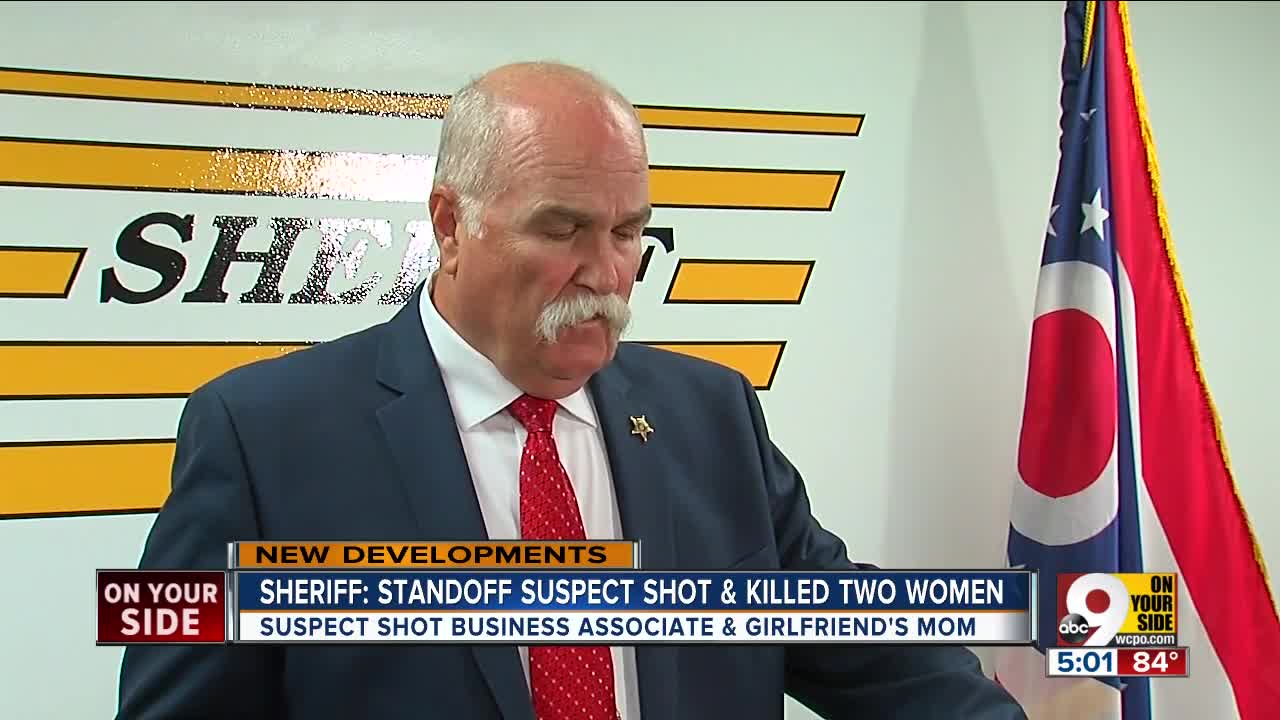 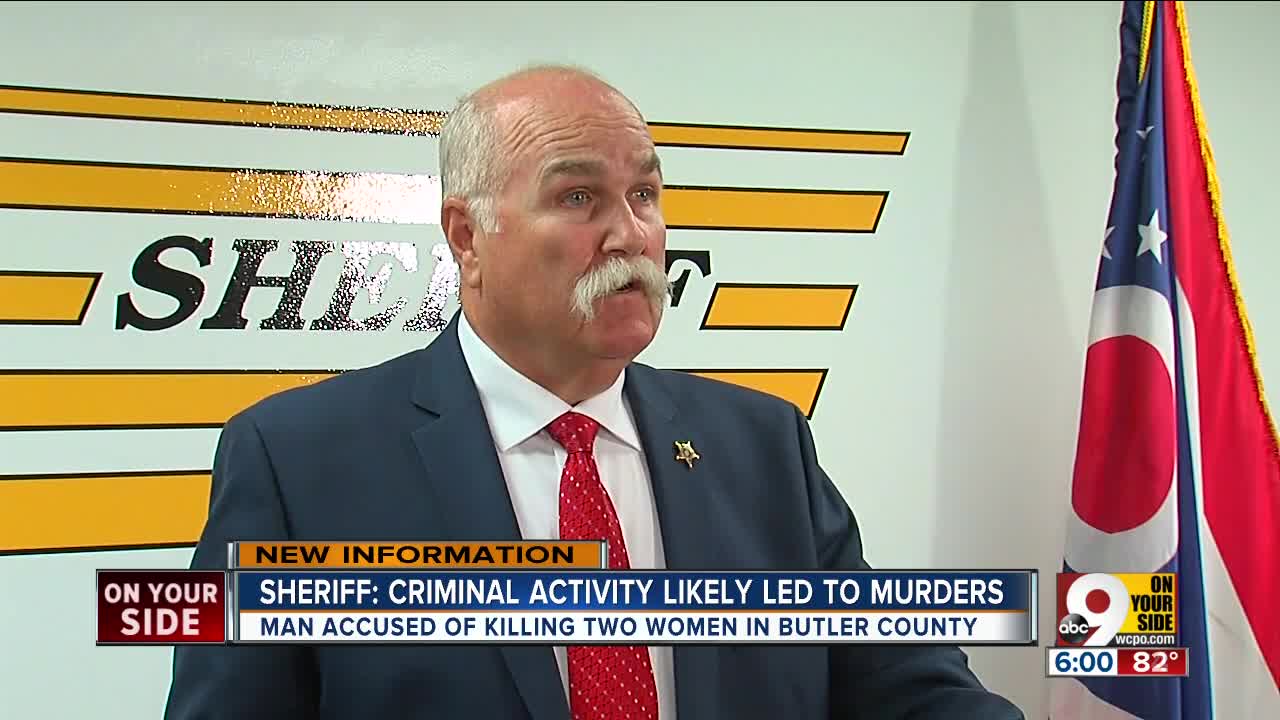 TRENTON, Ohio -- A man killed a business associate in "criminal activity" and dumped her body on the side of the road before killing his girlfriend's mother during a two-hour standoff with deputies, according to Butler County Sheriff Richard Jones.

James Geran, 45, shot Megan Motter in the head, killing her, and dumped her body off Woodsdale Road in Madison Township, according to Jones. Authorities found her body at about 11:30 p.m. Tuesday.

Jones was careful when talking about how Motter knew Geran.

"Just a business associate; they were in business together," he said. "It's not the kind of business like the Better Business Bureau. It was a business of activity — let's say maybe like criminal activity business."

The investigation into Motter's death led deputies to a home on Sal Boulevard in Trenton. When deputies arrived looking for Geran, he shot at them, Jones said. The deputies returned fire, shooting about three times as they took cover.

Inside, Geran had three hostages: his 26-year-old girlfriend, Gina McCleary; her 27-year-old sister, Tammy Davis; and their mother, 63-year-old Sharon McCleary, Jones said. Over the course of about two hours, Geran continued to fire between five and eight times at the deputies outside, but negotiators were able to talk him into releasing the sisters.

Sheriff’s Office negotiators were eventually able to talk Geran out of the home. However, when he let the second sister out, the then immediately closed the door, Jones said. Deputies attempted to enter the home and heard gunfire inside. Geran then crawled out, having shot himself in the chin.

"As he was leaving the scene, he was was talking, believe it or not," Jones said. "He wasn't talking real plain, but he was talking. Remember, he took a gunshot to the chin up close to here."

First responders took him into custody and transported him to a hospital.

Inside, deputies found Sharon McCleary dead from a gunshot to the head.

Jones said no charges have been filed, but his office is working with the prosecutor's office.

"We should have charges soon," he said.

Geran's wounds were not life-threatening, according to Jones. He said investigators had not yet had a chance to speak to him.

"His jaw looked like it was in pretty bad shape," Jones said.

The investigation is ongoing. Jones said authorities were working three crime scenes: the Trenton home, the site where Motter's body was found and a car parked outside the Trenton home.

Geran has previously been incarcerated "on occasion," Jones said. WCPO news partner The Journal-News reported that Geran  had been due in court Wednesday on a traffic violation. He previously went to prison for robbery and gross sexual imposition. Jones said Geran was released from prison in 2016.

Neighbor Michael South, who said a woman in the home recently told him her soon-to-be-ex-husband would soon be released from jail, said he believed the suspect was the husband in question.

"I just heard a boom and then I did see all the SWAT team go in," said Jessica Sprinkle, who lives next door. "I saw all the cops running through the house."

Sprinkle was at home with four children.

"I put them upstairs in their closet on the floor and made them stay down and stay away from all windows," Sprinkle said.

The Journal-News, a media partner of WCPO, contributed to this report.