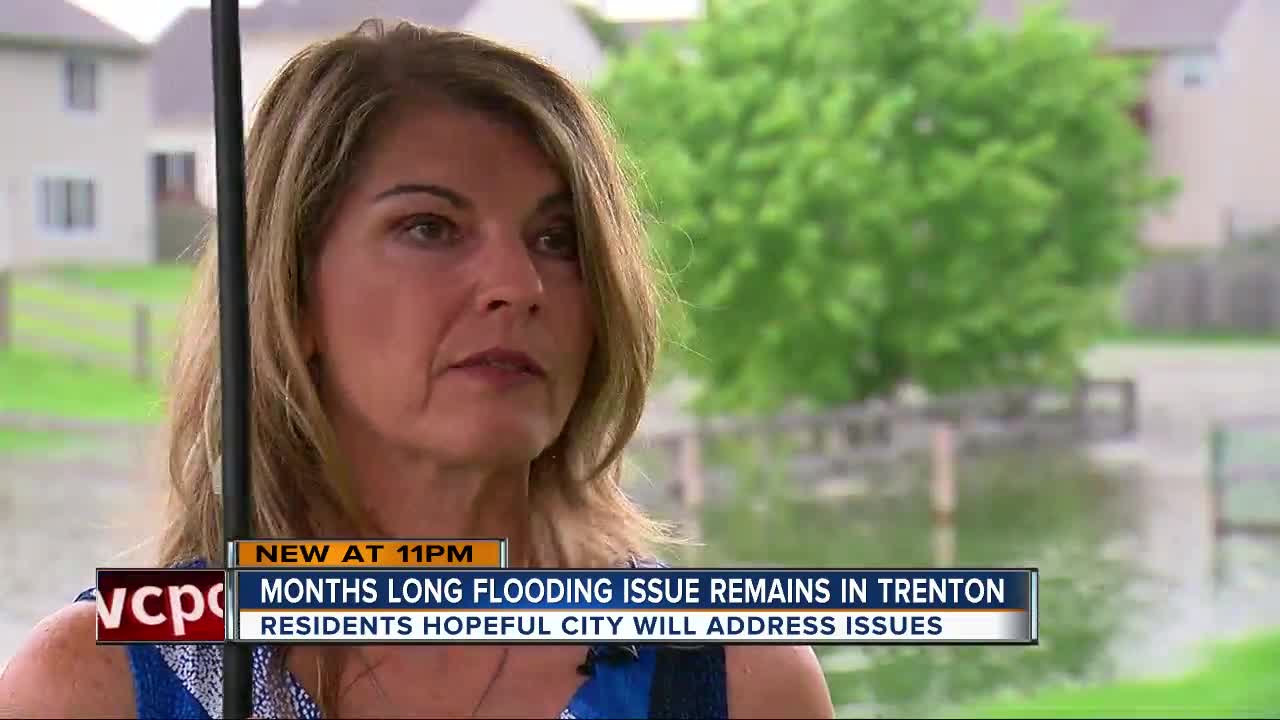 Sheila Sessler still had a sense of humor about her waterlogged back yard in February, when she and her neighbors at Centennial Run first spoke to WCPO about their suburban swamp and the problems it created: Birds, bugs, flooded basements. By Thursday, as she watched it swell with new rain, her patience had mostly run out. 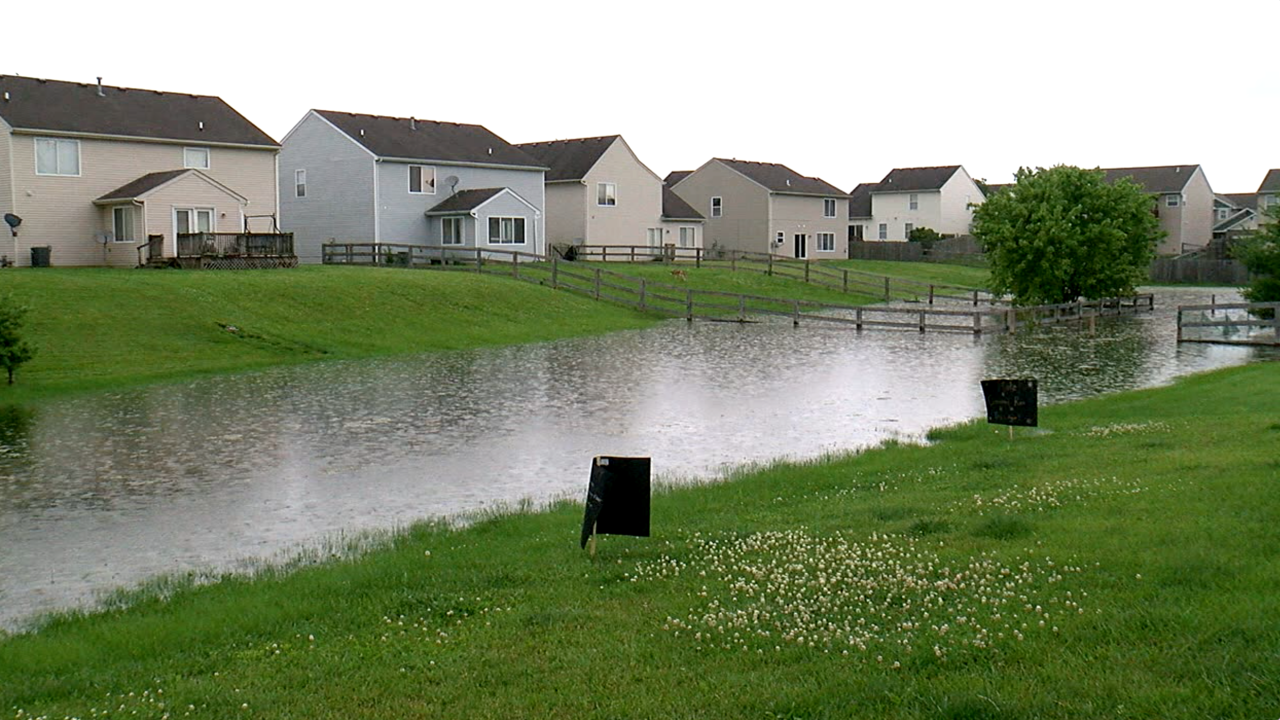 TRENTON, Ohio — Sheila Sessler still had a sense of humor about her waterlogged back yard in February, when she and her neighbors at Centennial Run first spoke to WCPO about their suburban swamp and the problems it created: Birds, bugs, flooded basements.

By Thursday, as she watched it swell with new rain, her patience had mostly run out.

“Who in their right mind would want to live here?” she said. “In my mind, it’s a scandal, a disgrace that the city, all they have to say is, ‘Bad things happen to good people.’”

An unwanted body of water sits in the dip between the backyards of Centennial Run's houses, united the neighborhood in a common resentment of its presence. Just like she did in February, Sessler said she believes the problem stems from blockage in a pair of nearby dry wells. That was the issue in 2006, when the area also struggled with water that refused to drain, and fixing the sump pumps stopped it then, she said.

Interim City Manager Rob Leichman promised Sessler and her neighbors in March he would try to help them find a solution. He’d collaborate with Centennial Run developer Cristo Homes, he added, and move fast.

A report issued months later by Cristo and the city of Trenton declared the issue an act of nature and declined to provide a solution.

At that point, “we wrote letters to the Warren, EPA, Health Department, Butler County engineers,” Sessler said. “Pretty much everyone pointed fingers at each other.”

Many of her neighbors have kept their sump pumps running throughout the entire monthslong conflict in an attempt to keep water out of their homes, she added. Although their shared struggle against the rising tide has forged closer community bonds, that level of power expenditure also costs money — and it never really makes the pond go away.

“When they pump it out, it goes down, but as soon as they stop pumping it comes right back,” said Sharon Huston, who has lived at Centennial Run with her husband for seven years. “This rain is keeping it up. Keeping it flooded.”

Huston’s husband has limited mobility, she said, so the back yard is one of a few places he can enjoy the outdoors.

“He hasn’t been able to do that this year,” she said. “Can’t enjoy the yard. Really depressing.”

Sessler just wants the city to take her dry well idea seriously and do something about it. If that’s not going to happen, she wants someone to step in on behalf of her exhausted community.

“I’m hoping somebody has enough passion and empathy to say you know what, we need to be an advocate for this neighborhood, and find a solution for them,” she said.

The city of Trenton did not immediately respond to a request for comment.