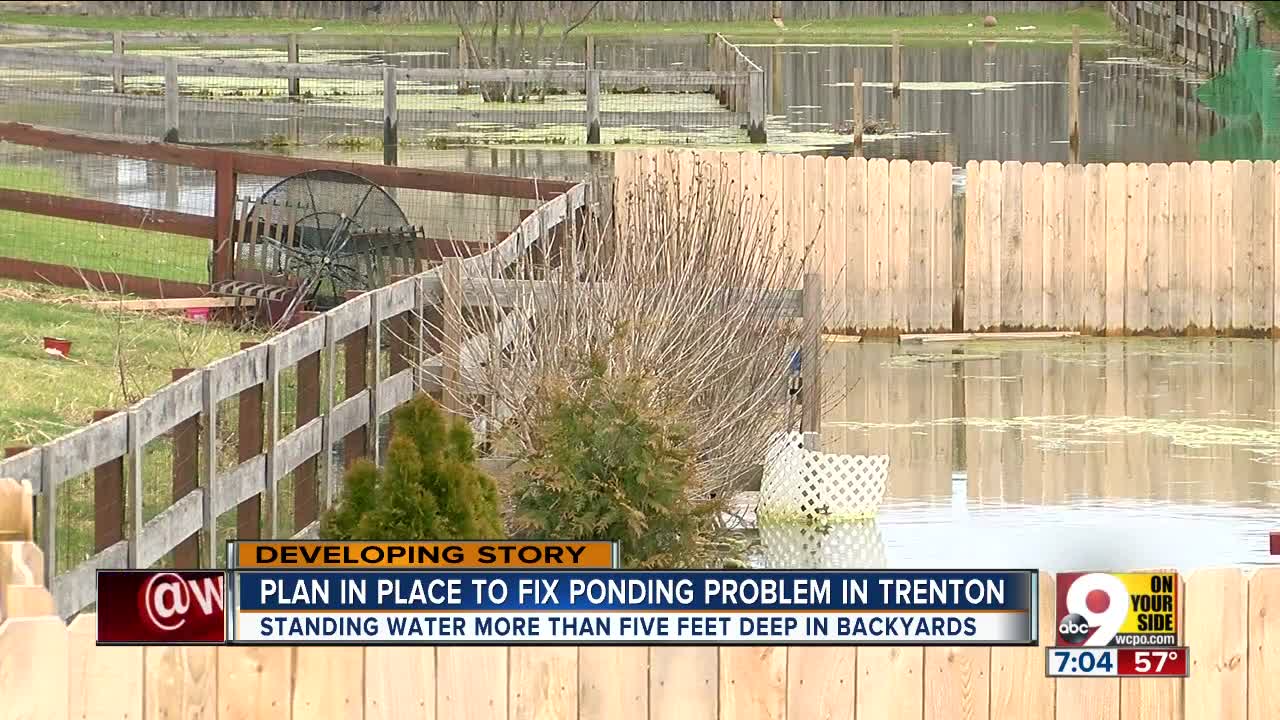 Trenton city officials say they want to help residents who has as much as 5 feet of standing water in their yards.

Editor's note: A previous version of this story incorrectly stated developer Cristo Homes said it hadn’t heard about the issue. This story has been updated.

She and her neighbors first complained in February that a pair of dry wells meant to drain rainwater from their yards had failed, creating a massive, mucky pond that attracted geese and gnats.

The proposal they’ve developed would involve spending roughly $34,500 to drill 50 feet below the pond, collect soil samples and determine the cause of the drainage failure.

The city isn’t legally obligated to do this, Leichman acknowledged. Trenton City Council could vote down the proposal when it appears on its agenda.

However, he said he believed it was a moral obligation.

“Bad things happen to good people, and I think they deserve better,” he said. “Residents deserve at least an answer.”