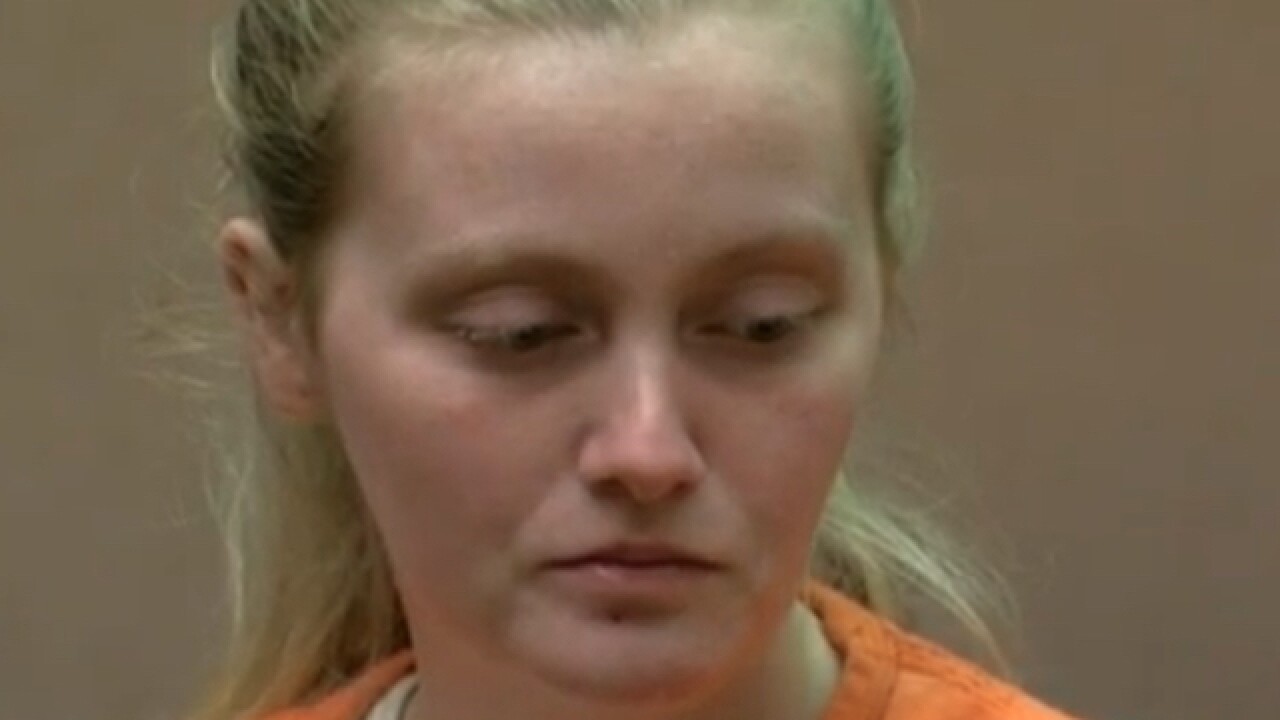 HAMILTON, Ohio – Rebekah Kinner expressed remorse as she was sentenced for involuntary manslaughter in the death of her 2-year-old daughter, Kinsley.

"If I could take my daughter's place, i would take it in a heartbeat," Kinner said Thursday.

"I've lost everything that has ever made me happy because of one mistake."

Kinner, 23, previously pleaded guilty to involuntary manslaughter in the girl's death. She had faced as much as 25 years in prison.

Prosecutors said her boyfriend, Bradley Young, 26, beat Kinsley to death in early December, and Kinner did nothing to stop the abuse. But Kinner denied that.

Kinner told investigators that Young shook and punched Kinsley in the head multiple times. The 2-year-old then went in and out of consciousness and stopped breathing. She later died at the hospital.

“To call home and not hear her voice is hard,” Kinner said. “Every time I close my eyes, I see her smile. The last thing she said to me is, ‘I love you more, Mommy,’ and that’s what I hear constantly.”

Family members asked for leniency, saying that Kinner “would not hurt Kinsley in any way.”

"Kinsley was so loved by Bekah. She was the center of Bekah's life,"  said Nina Kinner, her grandmother.

"Rebekah was a wonderful mother to Kinsley," said Doug Kinner, her father. " I just want to ask this court to please consider leniency."

Hoping to sway the judge for a lesser sentence, her attorney Kyle Rapier,  talked about a horrible attack that Kinner survived when she was young.

"When Rebekah was 13 years old, she was brutally raped and it went beyond rape, it went to attempted murder," Rapier said. "The individual that raped her and drug her at age 13 into a barn attempted to drive a nail through her throat."

Kinsley’s father, Scott Senft, requested the judge “don’t let up on the sentence.”