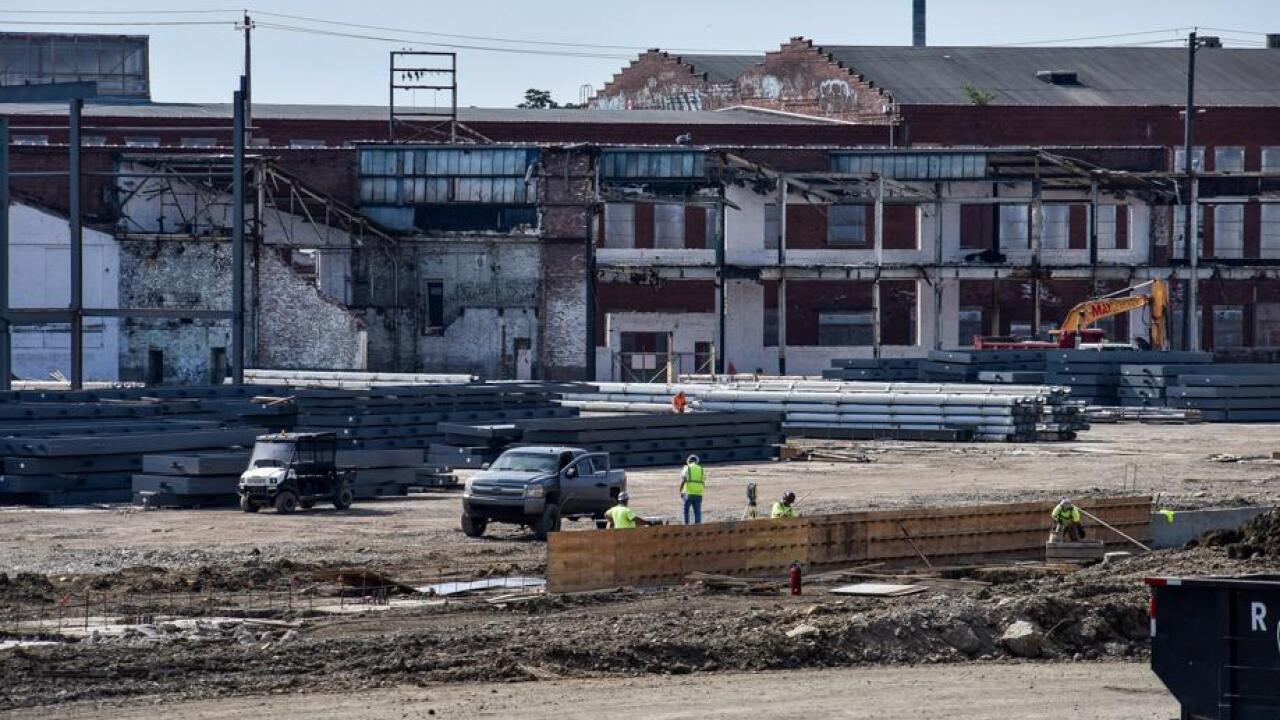 Nick Graham, Journal-News
The media was invited to a tour of construction at Spooky Nook Sports Champion Mill Wednesday, June 17, 2020 in Hamilton. The multi-use sports and convention complex will have over a million square feet of space and is expected to be completed in December of 2021.

The coronavirus pandemic has not slowed the pace of some new projects across Butler County communities, multiple multimillion-dollar, job-creating efforts in various stages of development, according to the Journal-News.

Those projects, which run the gamut from manufacturing and finance to retail and dining, continue to occur “due to a longer term positive outlook despite the current disruptions,” said David Fehr, Butler County’s director of development.

There is much economic uncertainty remaining for the communities in the area, and hard decisions are coming for those officials. But while that’s happening, many of these larger-scale projcts throughout the county are moving forward in a variety of areas.

“I would say the lessons learned from the COVID-19 outbreak is you better have a diversified economy,” Fehr said.

An example he provided of such an economy is West Chester Township, which is among several communities affected by recent news of GE Aviation layoffs. But it’s also a township that is home to drug maker AstraZeneca, a company that is retrofitting its manufacturing facility this month to help develop a COVID-19 vaccine.

Also in West Chester, Republic Wire is moving forward with a planned expansion just north of the Trade Center property on Ohio 747, according to Cathy Walton, the township’s business attraction and expansion manager.

Kemba Credit Union’s new headquarters is under construction just off Union Centre Boulevard, an investment that increased from $8 million to $28 million this year when the company boosted the size of the building to 147,000 square feet. West Chester also saw the completion at the end of May of construction on Mill Creek Logistics Center I and Mill Creek Logistics Center II, two industrial buildings on Jacquemin Drive just off Union Centre Boulevard, Walton said.

Origin Venture, a paper company providing recycling, papermaking, and corrugated packaging manufacturing, recently was approved for state Job Creation Tax Credits and will choose a site in the city for its operations, which will create at least 64 full-time positions and generate $4.7 million in new annual payroll.

Expected to open this year or early next year in Middletown are several projects. Signage recently was posted for motorcycle dealer Octane Outlet, which will replace a 93,000-square-foot Target that closed in 2014. A newly constructed 2,400-square-foot Chipotle at Towne Boulevard and Pendleton Circle is scheduled to open July 15. Construction should start later this year Dairy Queen Grill & Chill next to the White Castle at 4780 Roosevelt Blvd.

In Liberty Township, trustees this month approved rezoning for Liberty Flats, a 356-unit upscale apartment complex that will start construction on 22 acres adjacent to Liberty Center in early spring 2021. The proposed complex, which includes 24 three-story buildings, each between 22,680 and 160,608 square feet each, should be completed by 2023. Each building has eight to 20 units, according to plans submitted to Liberty Township.

Continuing construction in Liberty Township is a long-awaited 124,000-square-foot Kroger Marketplace at Kyles Station Road and Ohio 4. The new store will include a fuel center and serve as the anchor for the 56-acre Kyles Station development. When it opens, the new Kroger will replace a 57,000-square-foot storefront that Kroger started leasing at 5420 Liberty-Fairfield Road in 1998.

“Liberty Township is continuing to see development interest, which is great during this unprecedented and uncertain time,” said Caroline McKinney, the township’s economic development director. “With Kroger taking shape quickly, it’s encouraging that we continue to see interest from businesses that want to locate near the new hub of activity along State Route 4.”

That’s not the only high-profile construction going on in Fairfield. Panera started moving dirt in early March for a new stand-alone restaurant expected to open at 5875 Dixie Highway in August.

One of the biggest projects set for Oxford is the Caroline Harrison Building at 131 West High St., which is planned to be a 3-story mixed use building with four ground-floor tenant spaces and 22 residential units, according to Jessica Greene, Oxford’s assistant city manager. It will include a mixture of two-, three- and four-bedroom units on the second and third floors, Greene said.

A permit application was submitted June 1 and approval is pending, she said. Estimated cost is $4.5 million.