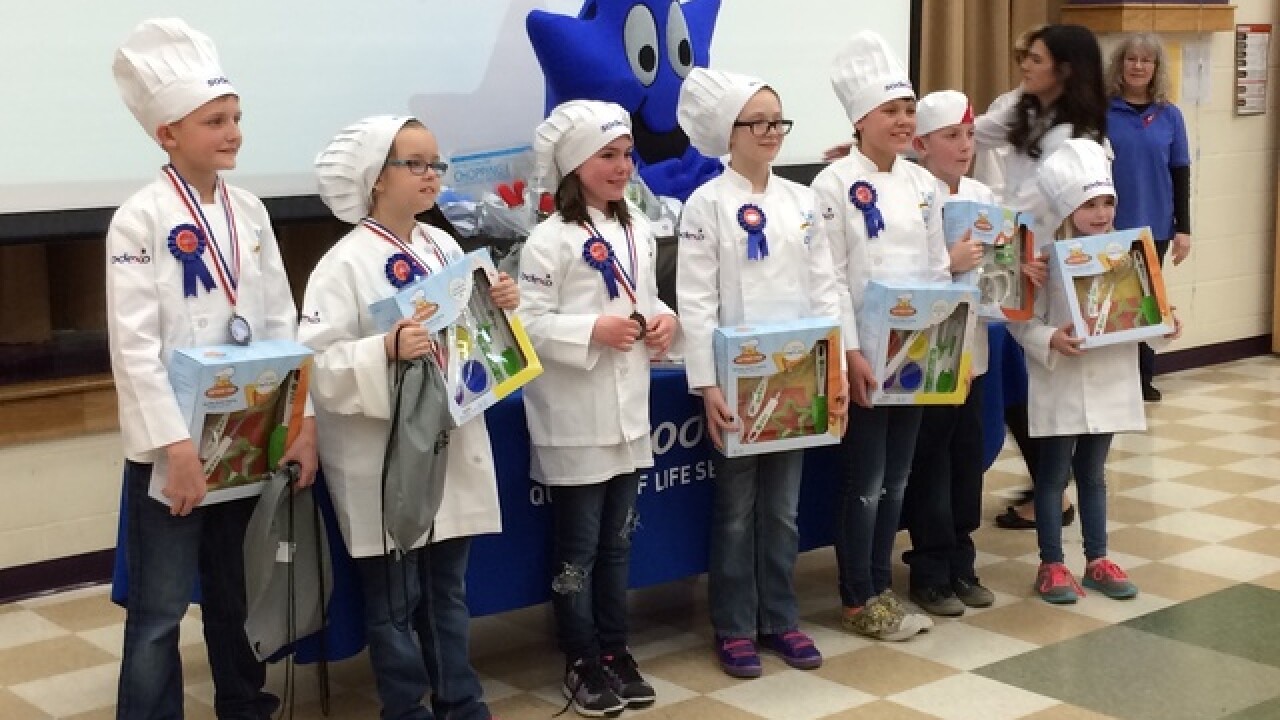 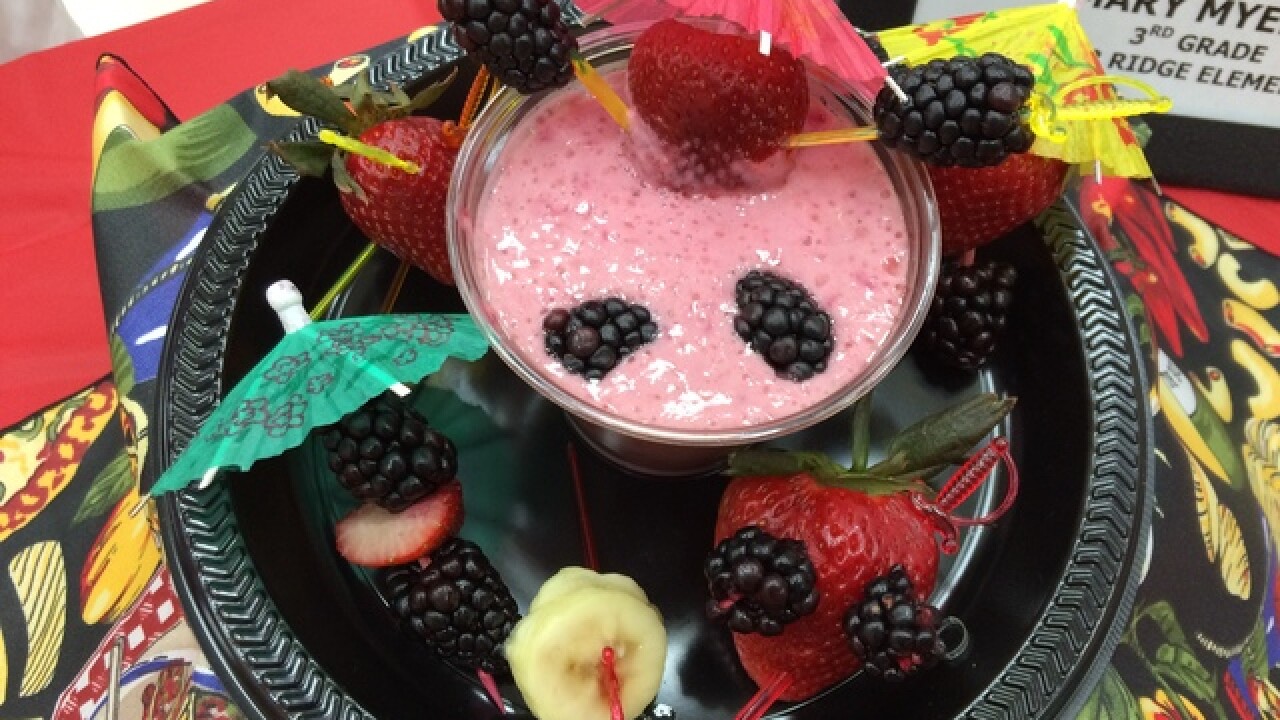 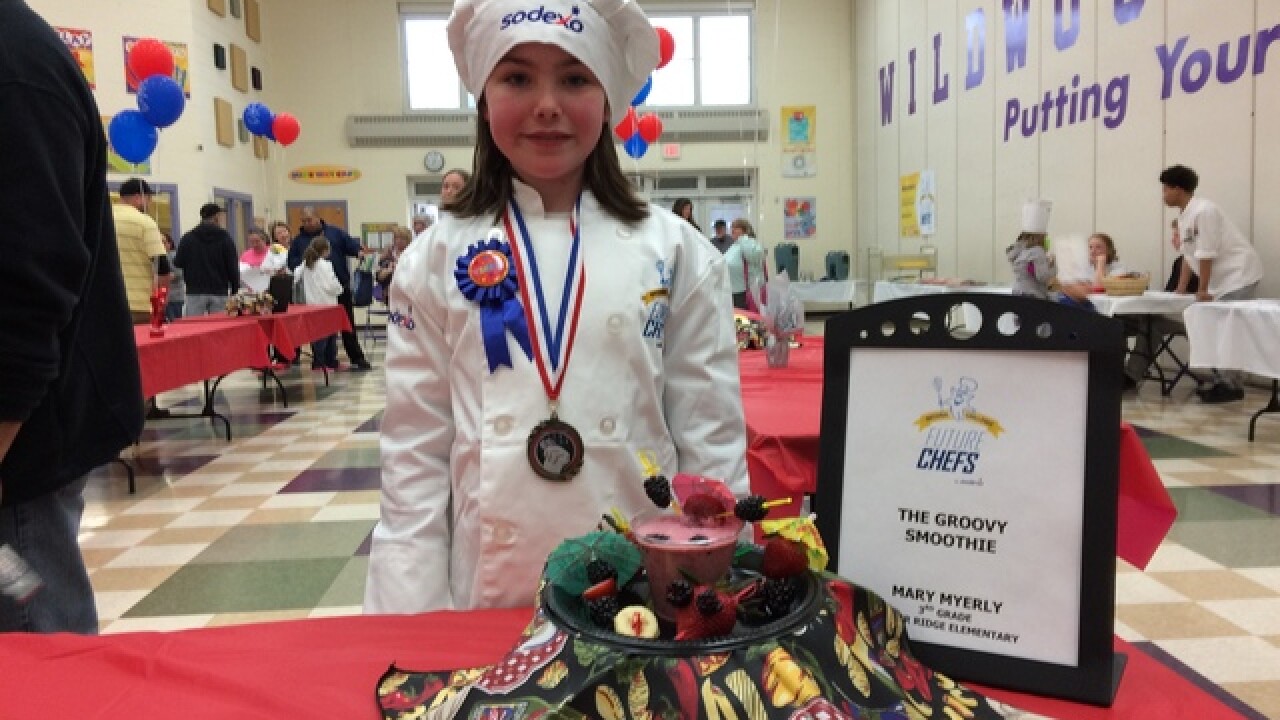 MIDDLETOWN, Ohio -- "Yogafruit breakfast tortillas," "cheese and spinach muffins" and a "groovy smoothie" were some of the winning breakfast items prepared by young Middletown students for the 2016 Future Chefs Challenge.

The challenge saw seven students rise to the top after more than 100 of their peers entered healthy breakfast recipes in a district-wide competition for third-, fourth- and fifth-graders at Middletown City Schools.

The competition, which culminated Tuesday night at Wildwood Elementary School, was part of a national effort on the part of Middletown's kitchen-management contractor Sodexo to encourage kids to learn about healthier food options.

The students were graded on categories that included: taste, presentation, originality, kid-friendliness and healthiness.

Taylor McDowell and her "Face the Day" dish saw to it that the host school was represented on the podium. She finished third with a continental-style breakfast of egg, sausage and fruit arranged to look like a smiling face.

Myrely will now be considered against other winners in a regional competition and could potentially become one of five national finalists.

"I want to be a chef when I grow up," Myerly said as she presented her smoothie. "You can be creative and make a lot of money."

Sodexo says that the Middletown students are joining nearly 2,500 other students representing almost 1,300 Sodexo-served school sites in 28 states nationally in a fun and educational challenge.

“According to the American Heart Association, about one in every three American kids and teens is overweight or obese,” said Stephen Dunmore, president of school services for Sodexo. “This staggering statistic demonstrates why it is more important than ever to engage youth to become advocates for their own health.”