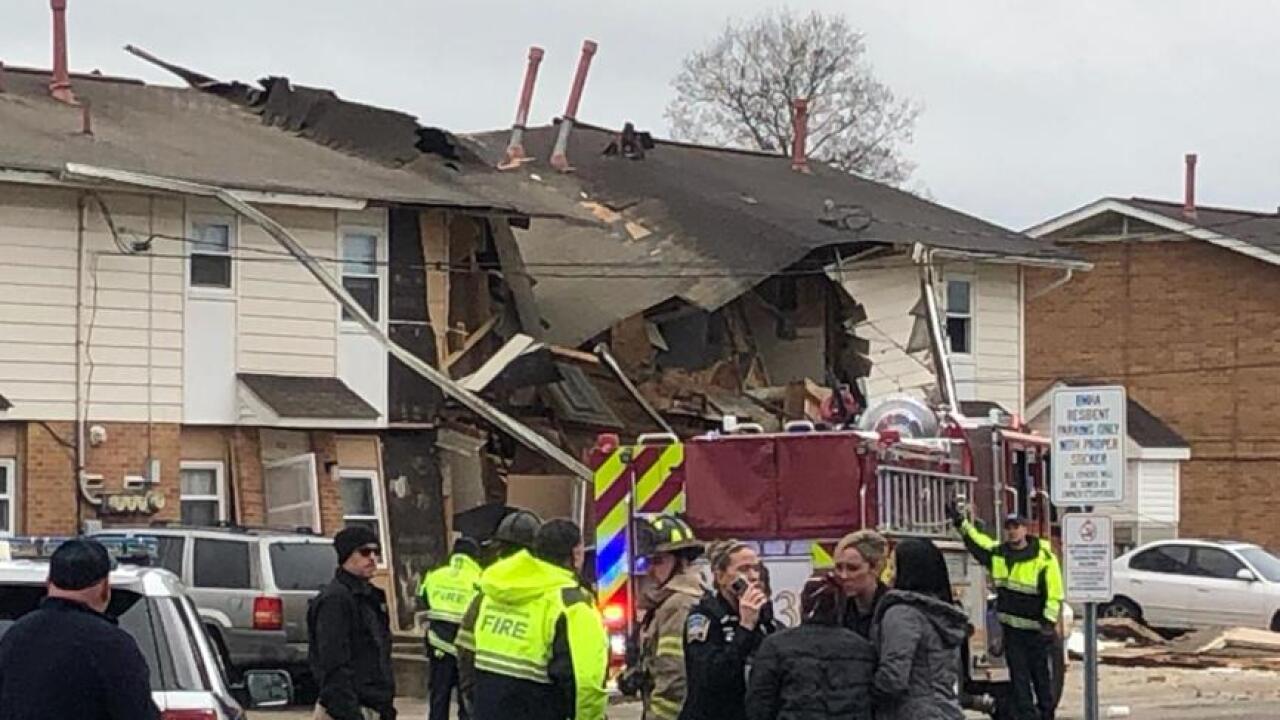 Rick McCrabb
Emergency crews responded to a reported apartment building collapse in the 400 block of Cribbs Avenue in Middletown on Monday, Dec. 2, 2019. Crews were dispatched at about 11:30 a.m.

According to a news release from Middletown fire Lt. Frank Baughman, the gas from a single apartment spread to the others. The same apartment’s furnace ignited it Monday morning.

The north and south walls couldn’t withstand the explosion, Baughman wrote, and the rest of the structure couldn’t stand without them. The subsequent collapse displaced all 10 people living in the building and sent one to a nearby hospital.

“No flames, nothing; it was just a huge exploding," neighbor Teresa Waryas said the morning of the explosion.