One injured in apartment building collapse in Middletown 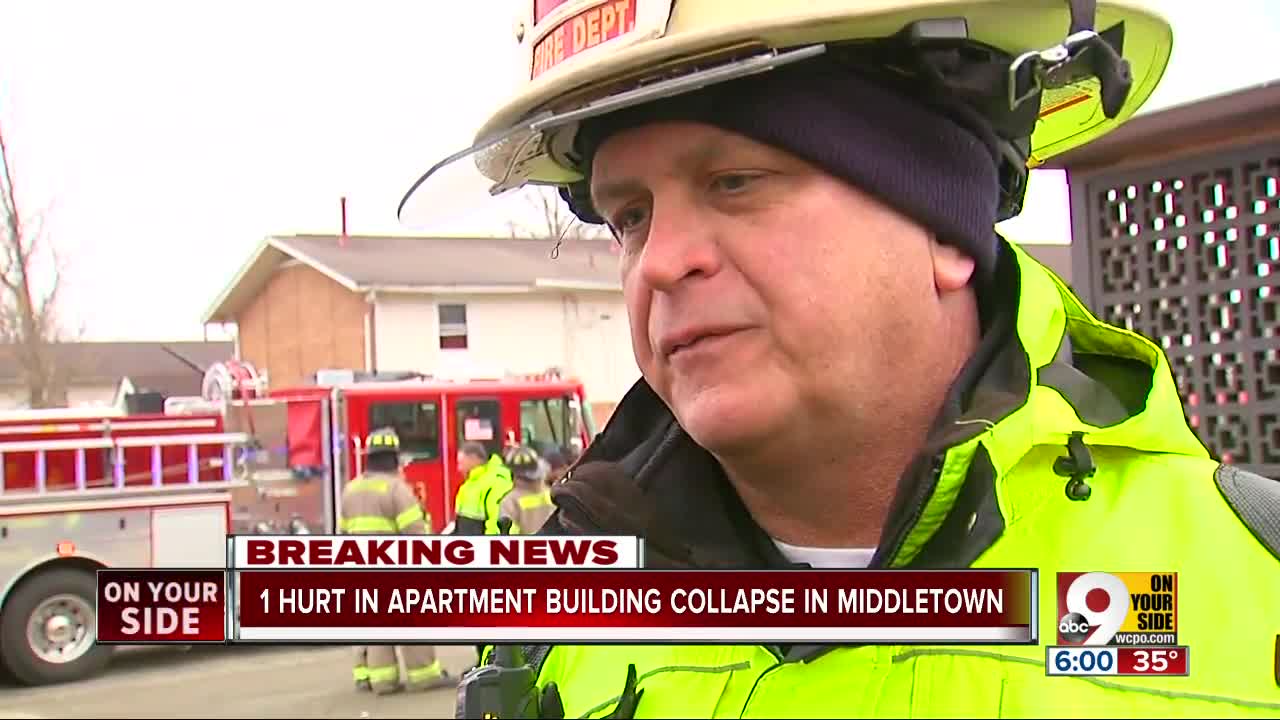 One female victim was transported from the scene to an area hospital, and police officials said they do not believe anyone is still trapped inside the collapsed residence. 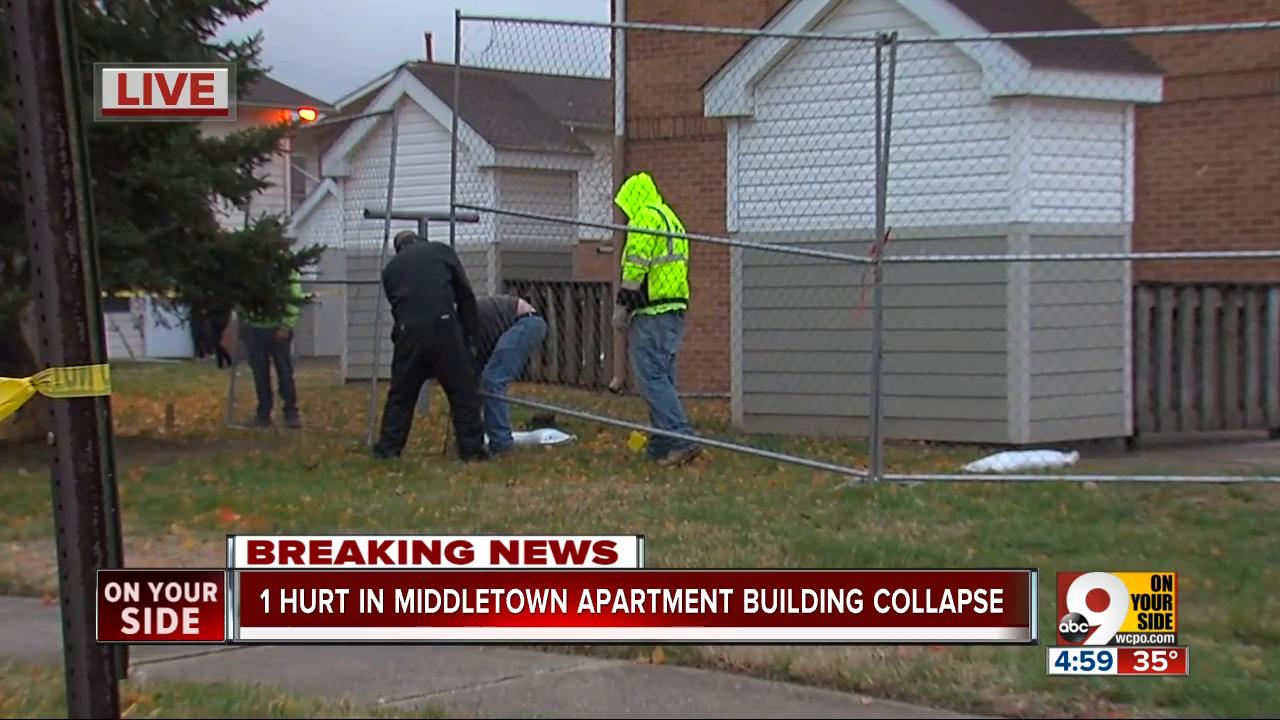 MIDDLETOWN, Ohio — One person was injured in a partial apartment building collapse Monday in Middletown.

The incident happened around 11:30 a.m. Monday morning in the 400 block of Cribbs Avenue, where crews are working to investigate the cause of the collapse. South Main Street is closed in both directions because of the incident.

One female victim was transported from the scene to an area hospital, and police officials said they do not believe anyone is still trapped inside the collapsed residence.

Neighbors near the apartment said it was like an explosion.

"No flames, nothing; it was just a huge exploding," said neighbor Teresa Waryas.

Firefighters on scene are still working to determine the reason for the collapse, which involved six apartment units.

"Our crews didn't report any smoke or fire when they arrived. They did not report a smell of gas or anything like that," said Thomas Snively, assistant fire chief of Middletown Fire.

Officials on scene searched the debris with K9s for two hours, but confirmed they did not find anyone.

After the collapse, Middletown officials condemned the building, according to the Journal-News . The city is expected to send a letter to the Butler County Metropolitan Housing Authority saying the building must be demolished or rebuilt.

The Red Cross is providing food, clothing and lodging to the 10 people displaced from the collapse.