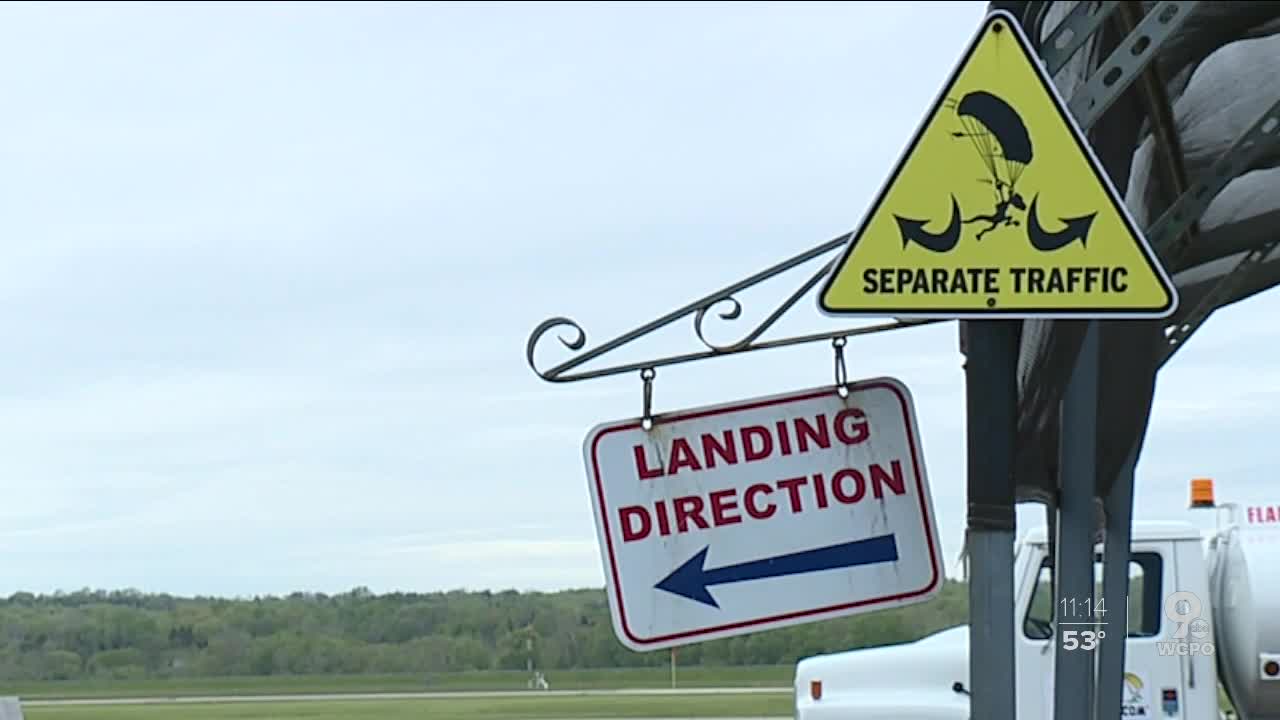 Start Skydiving has operated at the Middletown Airport for 13 years. Now, due to a recent recommendation by city leaders forcing the business to move their landing zone, the high-flying thrills might be grounded.

MIDDLETOWN, Ohio — Start Skydiving has operated at the Middletown Airport for 13 years. Now, due to a recent recommendation by city leaders, the high-flying thrills might be grounded. The city is forcing the business to move their landing zone, but owners say the change would come at a cost much higher than they’re willing to pay.

“The place they want to take us -- we wouldn’t jump there if there was a hangar,” Start Skydiving owner John Hart said. “It’s just dangerous. It’s lethal.”

Hart knows the impact his business has on the local economy.

That’s why this sudden change in landing zones is something he couldn’t foresee. Currently the company uses three areas adjacent to the runways at the Middletown Airport.

A consultant hired by the city formulated a new plan to move the drop zones further away from the runways.

"The decision to relocate the Drop Zone (DZ) was based on safety considerations for parachutists and to comply with the 2017 FAA grant requirement to update the airport master plan and layout plan. While the FAA does not provide specific requirements, FAA Circular 90-66B, Section 12.5.4: When a DZ has been established at an airport, parachutists are expected to land within the DZ. At airports that have not established DZs, parachutists should avoid landing on runways, taxiways, aprons and their associated safety areas. The new DZ is outside airport safety areas, free of obstacles, only a few hundred yards from the current one, and is already used by many of Start Skydiving parachutists."

Hart said that’s not the case.

"They’re doing something that's going to put skydivers with parachutes in front of pilots with propellers, in the downwind pattern," he said. "That doesn’t make sense to us.”

The city’s plan would put skydivers in the same flight path as a plane making its downwind decent.

He said if the landing zones move, the company will too.

“Close down or move,” Hart said. “That’s basically what we said. Our jump on July 4th is our farewell tour to Middletown. We can’t open up and jump in an unsafe environment."

He’s hoping city leaders open a dialogue with Start Skydiving and ask the FAA for a free safety evaluation.

“If they say, 'Hey, this is the safest place for you' — we respect that,” Hart said. “That’s what they do. Instead they bring in a consultant who doesn’t know skydiving and is going to write a report that’s damning."