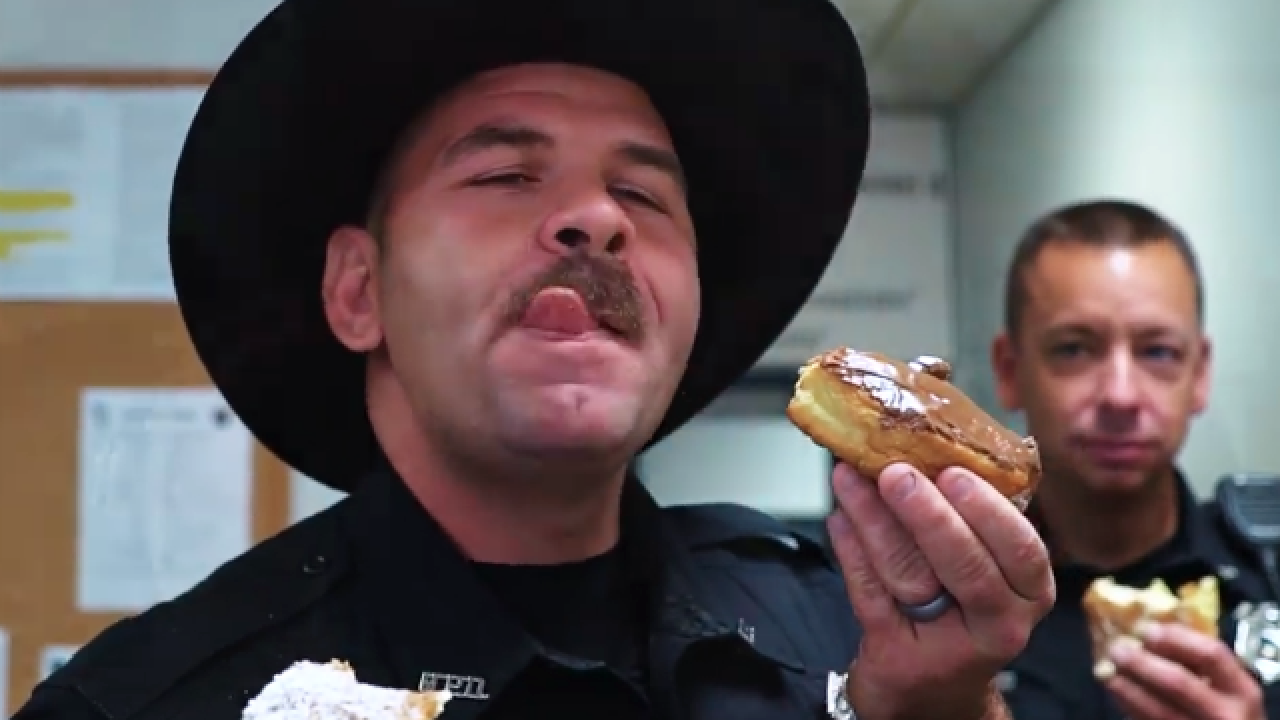 MIDDLETOWN, Ohio - It figures that a video about police who love donuts would take home 12th place in the #LipSyncChallenge.

Middletown police are celebrating their top-dozen finish in the contest that drew entries - good and bad -  from police departments all around the U.S.

"We made the Top 15 in America! Middletown!," the department tweeted on its Facebook page Sunday. "We think we are #1 though. But we’ll take it for now.... "

Middletown police made a video that spoofed themselves, playing into the stereotype that police officers crave donuts and are always eating them on the job.

Officers lip sync to Lady Antebellum's "Need You Now," and the country music group tweeted high praise for their efforts.

The video starts with an officer inside her cruiser reaching into a box for a sweet treat, only to find that the box is empty.

The tragic discovery is felt around the entire department as another officer scours for doughnuts in the break room. That officer runs to Milton's Donuts, a well-known shop in Middletown, only to find out it's closed.

A department post said each employee took around 30 minutes or less to participate, with most coming into the station on their own time.

Police Chief Rodney Muterspaw said he was “overwhelmed” by the response to video. Muterspaw said shooting took about one hour, and while some officers were reluctant at first, he said everyone seemed to enjoy the experience.

He said it’s important to show officers are human.

"If we brought out some smiles, then we did our job,” Muterspaw said.

“We always have them in the break room,” he said.

SEE the other #LipSyncChallenge winners.