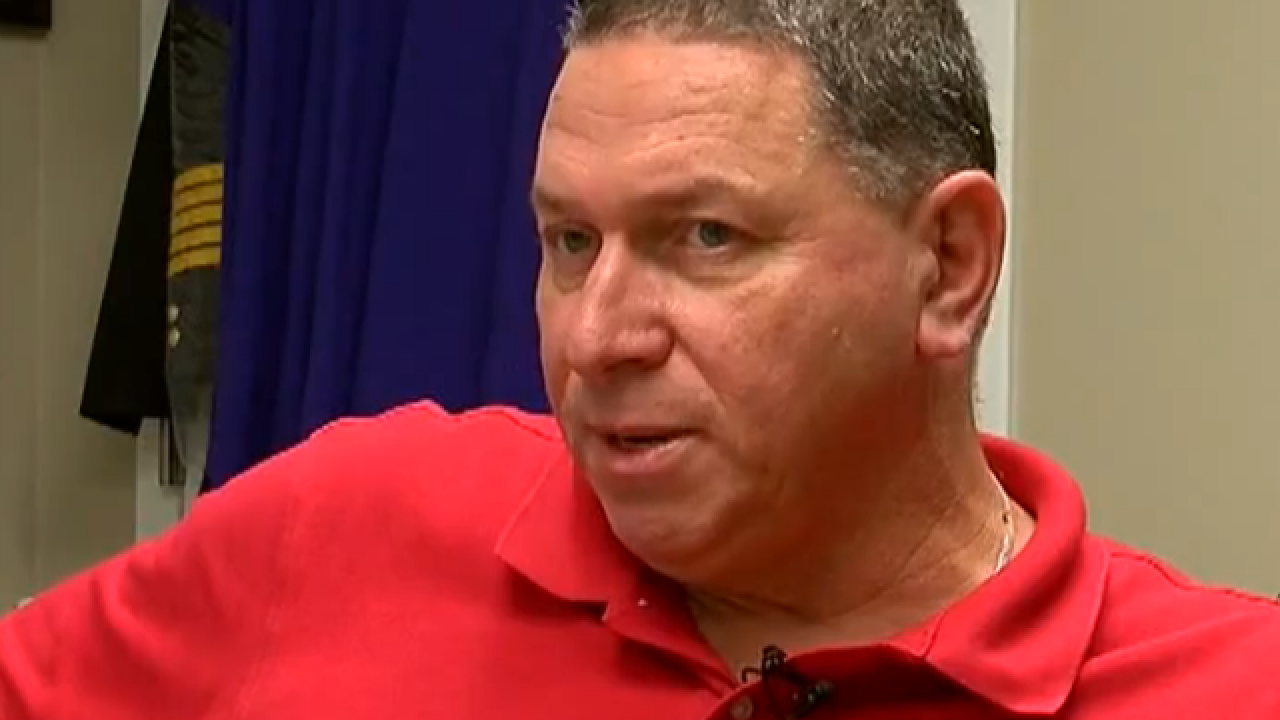 MIDDLETOWN, Ohio -- The city of Middletown has suspended its fire chief for five days without pay after he was arrested last month on suspicion of drunken driving, the Journal-News reports.

Paul Lolli, who became chief in 2014 and has 25 years with the Middletown Division of Fire, initially was placed on paid administrative leave.

A trooper with the Ohio State Highway Patrol stopped Lolli Dec. 16 about a block from his home. Video from the trooper's cruiser shows Lolli struggling to complete field sobriety tests after he said he had "two beers" and had stopped drinking at midnight.

Watch the full video below:

Lolli told the trooper he was sorry after he struggled to walk in a straight line.

Lolli was charged with operating a vehicle under the influence and speeding, according to Les Landen, Middletown's law director. He has no prior disciplinary issues in his personnel file, according to Landen.

Lolli is scheduled to have a pretrial hearing in Middletown Municipal Court on Jan. 24. Landen said an outside prosecutor will handle the case.