'I was trying to scare them,' teen tells investigators after high-speed chase 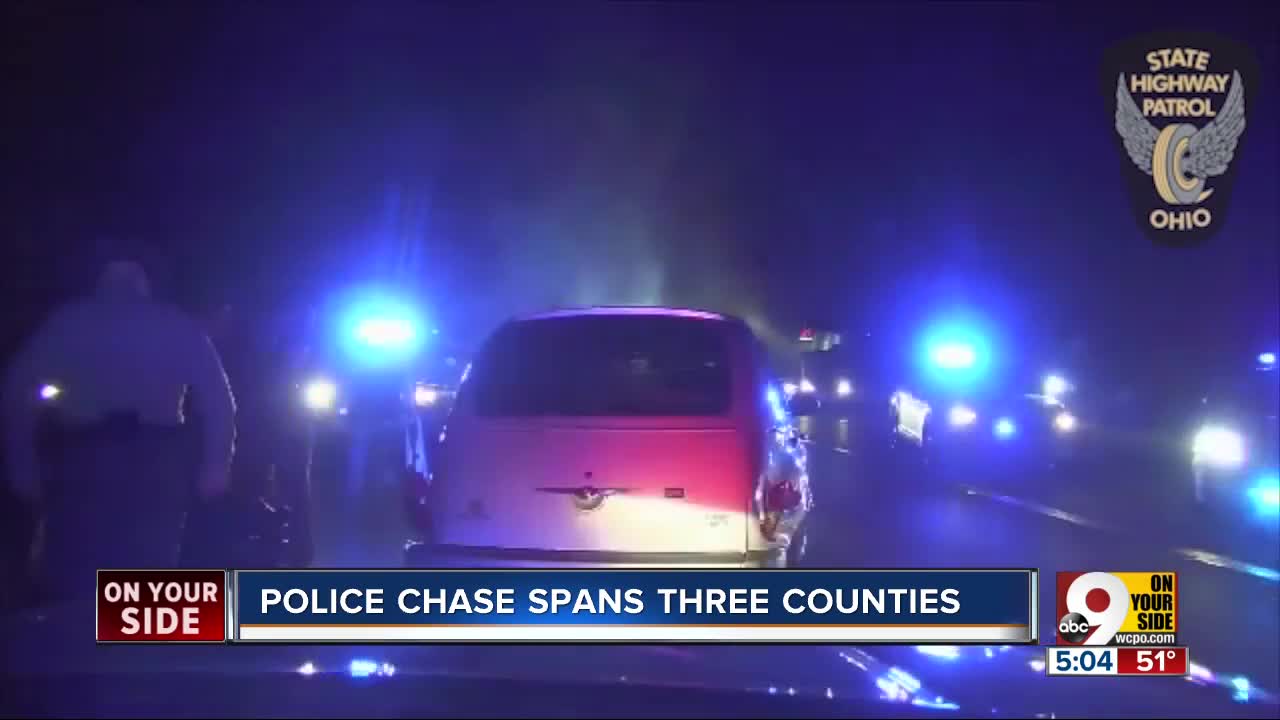 Newly released dashboard camera video and police reports describe a three-county, high speed chase that started in Troy and ended in a crash on I-75 in Middletown. Kurtis Rogers, 19, of Dayton, was arrested and jailed on an OVI charge in Montgomery County on January. In a police report, he told investigators he ran because he had been underage drinking and "just wanted to get home, and get away."

MIDDLETOWN, Ohio — Newly released dashboard camera video and police reports describe a three-county high-speed chase that started in Troy and ended with a crash on Interstate 75 in Middletown.

Kurtis Rogers, 19, of Dayton, was arrested and jailed on an OVI charge in Montgomery County in January. In a police report, he told investigators he ran because he had been underage drinking and "just wanted to get home, and get away."

A Troy, Ohio, police officer first tried to pull Rogers' gray PT Cruiser over around 11:30 p.m. on Jan. 6 for having illegal lights. According to a police report, Rogers took off out of the Shell station on West Main Street with the officer behind him and then made a U-turn toward I-75 southbound when the officer activated his emergency lights.

The officer wrote in the report, and can be heard on police radio traffic, that Rogers was weaving between lanes and a semi truck had moved into his lane to try to slow him. But, the officer said, Rogers went around the truck. The Troy police officer called off his pursuit because traffic was increasing on I-75.

The chase led from Miami County to Montgomery County, to Warren County.

It took a PIT maneuver to bring the chase to an end.

According to a police report, Rogers pointed "a long black object, holding it like a rifle," at troopers in pursuit. He later told investigators he used a long pipe, pointing it out his driver's side window "to show them I was a threat. That I was there. I wanted to scare them," according to the report.

Once his car was stopped, while being taken into custody, Rogers repeatedly apologized to arresting troopers, as heard on the dash cam video.

"You're going to jail," a trooper responded. "All day long. Quite a while."

Rogers then asked that troopers make sure to get his phone from his car.

The report stated Rogers acknowledged to investigators that he fled because he did not have a valid driver's license and had a six-pack of beer and a 24-ounce beer before the chase.

Rogers has a court appearance scheduled for Jan. 15 in Dayton.