No police presence or evacuation at Hamilton homeless camp this afternoon 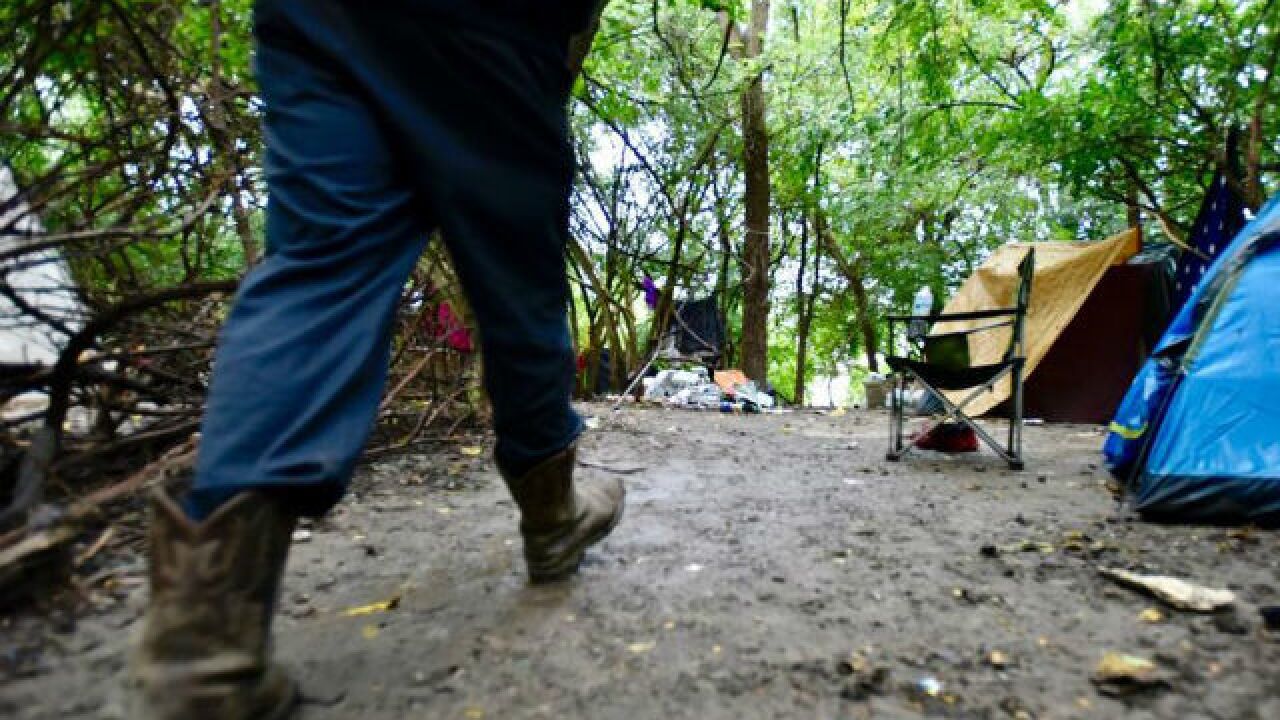 Nick Graham | Journal-News
<p>The clock is ticking for people in a homeless camp near Hamilton Plaza on Dixie Highway. The people living in the came known as “The Hill” have to leave on Sunday or fact prosecution.</p>

HAMILTON, Ohio -- There was no mass exodus or police presence Sunday afternoon at a homeless camp near Hamilton Plaza on Dixie Highway the Journal-News reported. The people living in the area known as “The Hill” have been told they have to leave by month’s end or face prosecution.

A woman who did not want to give her name, but said she works for a homeless ministry, said there were about 20 homeless people left at the encampment. There were several young men milling around the parking lot near the O’Reilly Auto Parts store and yelling could be heard from the camp on the other side of the railroad tracks.

“It just absolutely breaks my heart. I think what’s happening is some of them have taken it seriously, but they’ve been told before to leave,” she said. “I don’t think that the rest that are here are taking it seriously because the deadlines have come and gone so many times in the past.”

In August, CSX Transportation employees called the Hamilton Police Department for help for people in the homeless came crossing the railroad tracks. In addition, property owners, store tenants and others began complaining about homeless in area as the population grew with warmer weather.

In the past few weeks, Butler County and a variety of service organizations offered a resources fair for the homeless near the tent camp. County Commissioner Cindy Carpenter said she believes the outreach was successful in getting people — at least those who wanted it — help with finding shelter, medical treatment and a job.

“Everyone who attended the last heath fair said, ‘I have a plan. I know I have to leave,’” Carpenter said.

Hamilton Police Chief Craig Bucheit said recently: “We have communicated clearly to the people back there over the past few months, you are on private property and the private property owner wants you off.”

A sign posted by the city states: “Please know that anyone found on the property after September 30th will be subject to prosecution.”

In addition the notice states any belongings left on on the property after Sunday will be “subject to disposal.”

“If you’re here past the end of September, we’re going to have to take action,” Bucheit said.“That’s kind of the marching orders we’ve given them.”

But there has been no comment from police about what exactly will happen on Sunday or Monday to any people left.

William Crouter, a camp resident since April, said not all people are taking the notice to leave seriously.

“A lot of people are taking it as a joke,” he said. “Me personally, I think, well, you know, anything that gets this big and gets this much attention, especially with all the news stories, it is eventually going to get shut down.”

Crouter said he has lived on the streets off and on for about 14 years and he does have a job.

He became homeless after a series of bad breaks beginning as a teen and at one time was working three jobs and selling plasma to keep a roof over his head. The self-proclaimed drifter said he just got tired of the struggle to make ends meet.

Crouter said he doesn’t believe police will be on the property on Sunday.

“Honestly, I don’t think they are going to do anything Sunday. Monday is when they are going to be up here. They will give the people a chance to leave on their own without being forced out. And then on Monday they will be up here in full force,” he said.

Crouter said he will probably go back to crashing on friends’ couches, but most people in the camp will move farther up the hill or find another place in Hamilton to pitch their tent.