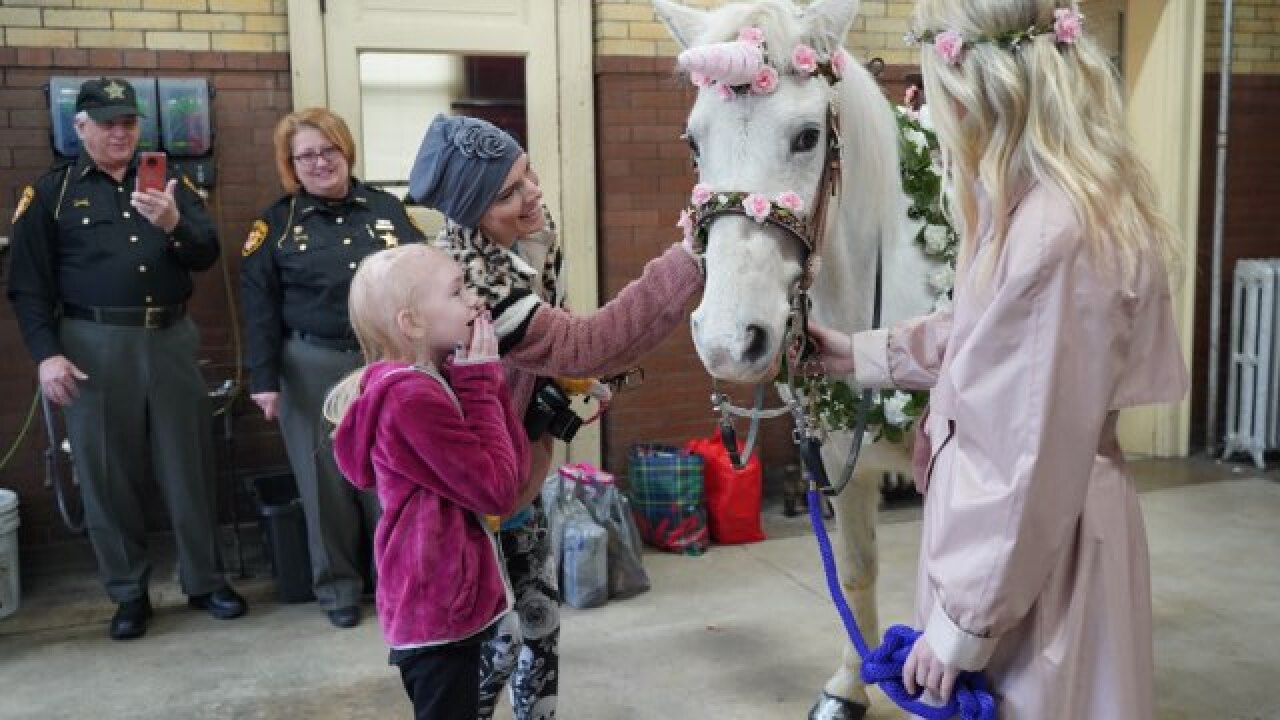 HAMILTON, Ohio — Naomi Short never thought she’d cross something off her “bucket list” when she walked into Hamilton Division of Fire Station 26 on Saturday afternoon.

But when Naomi, 8, diagnosed with a rare brain cancer, removed her blindfold and saw a horse decorated as a unicorn standing in the bay, she screamed with excitement. Her mother, Melissa Short, held her hand as they walked toward the horse, which was decorated in pink with silver sparkles painted on her hooves.

“This is a real unicorn,” Naomi said.

When the horse moved, Naomi stepped back, then was assured the horse was just excited.

“That’s because she loves me,” she said.

She then rode the horse around the fire station’s bay. The surprise was supposed to happen at the Shorts' house, but was moved a few blocks away to the fire station because of the inclement weather. Members of the Butler County Sheriff’s Office also gave her two large stuffed animals.

Naomi, diagnosed with Stage 4 brain cancer, said she always wanted to ride a unicorn, what she called “a bucket list” item. Now, she said, she wants to go to Disney World and have her picture taken in front of the Hollywood sign in California.

She has had 30 rounds of radiation and four surgeries and soon starts chemotherapy. Her mother said the chances of Naomi’s survival are at 30 percent.

Earlier this month, she was featured on the CBS Evening News, and she has served as honorary mayor of Hamilton.