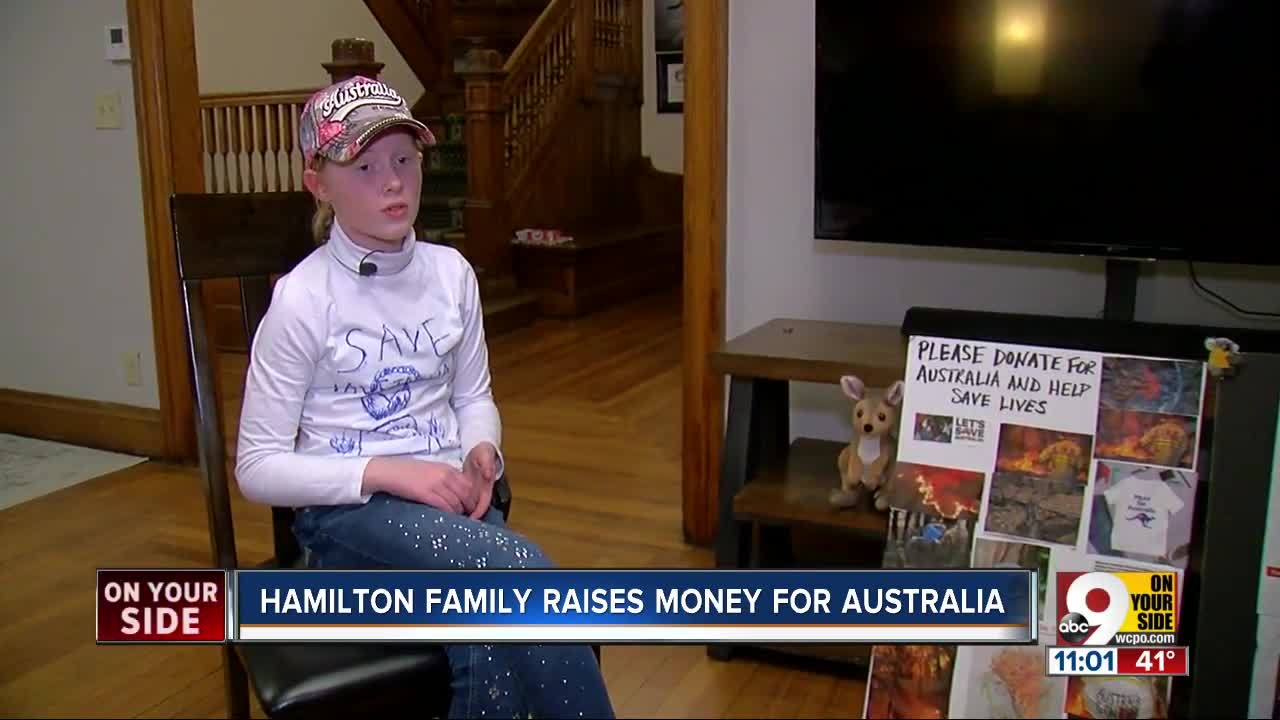 Lily MacKenzie-Thurley has always loved Australia. It’s got koalas and kangaroos, of course, but it’s also home for two of the most important people in her life: Her father, Ian, and her grandmother, Shirley.

HAMILTON, Ohio — Ten-year-old Lily MacKenzie-Thurley raised $28 on the first day of her fundraiser for the Australian Red Cross’s firefighting efforts. By Thursday, she’d reached over $2,500 and is on her way to collecting $3,000.

MacKenzie-Thurley has always loved Australia, she said Monday night. It’s got koalas and kangaroos, of course, but it’s also home for two of the most important people in her life: Her father, Ian, and her grandmother, Shirley, both immigrants.

When bushfires began to spread across the country, growing to encompass 24 million acres, she didn’t have the option of ignorance. Most of her classmates did.

MacKenzie-Thurley decided to use a class presentation to change that. At school, she educated her peers about the facts — that the burning portion of the country is larger than Portugal, that millions of animals could lose their habitats or lives and that the fires have spread far beyond uninhabited wilderness into towns.

She inspired her father, too, even as the images emerging from his home country broke his heart.

Bushfires are common during the Australian summer, Ian MacKenzie-Thurley said. They break out every year; firefighters spend the season containing them. They’ve never been like this.

“It’s like nothing we’ve ever seen before, ever, and it’s scary,” he said. “You don’t know when it’s going to end and where it’s going to stop, and for us it’s been a devastating eye-opener this summer and absolutely horrific.”

“Bushfires weren’t something that were uncommon,” his mother, Shirley, added. “As Ian said, they were always there, but nothing, nothing like this. This is just unbelievable. Unbelievable.”

Ian posted on Facebook about his daughter’s fundraising effort. Shortly after, he received an unexpected message from Miranda McGee, a fellow Australian native performing with the Cincinnati Shakespeare Company.

She wanted to join forces for a fundraiser: Rescue the Down Under, scheduled for Jan. 26 at Queen City Radio.

The Over-the-Rhine bar will offer special drinks, a silent auction and a raffle, with a portion of proceeds donated to the Australian Red Cross. Anyone wishing to make a donation in the meantime can do so via McGee’s GoFundMe campaign.

Shirley MacKenzie-Thurley said she was touched to see Americans helping to organize the event and contribute to the cause.

"It's just really, really special,” she said. “And Americans they are very generous people, very generous, and, of course, I can just say thank you as an Australian on behalf of the Aussies, thank you.”