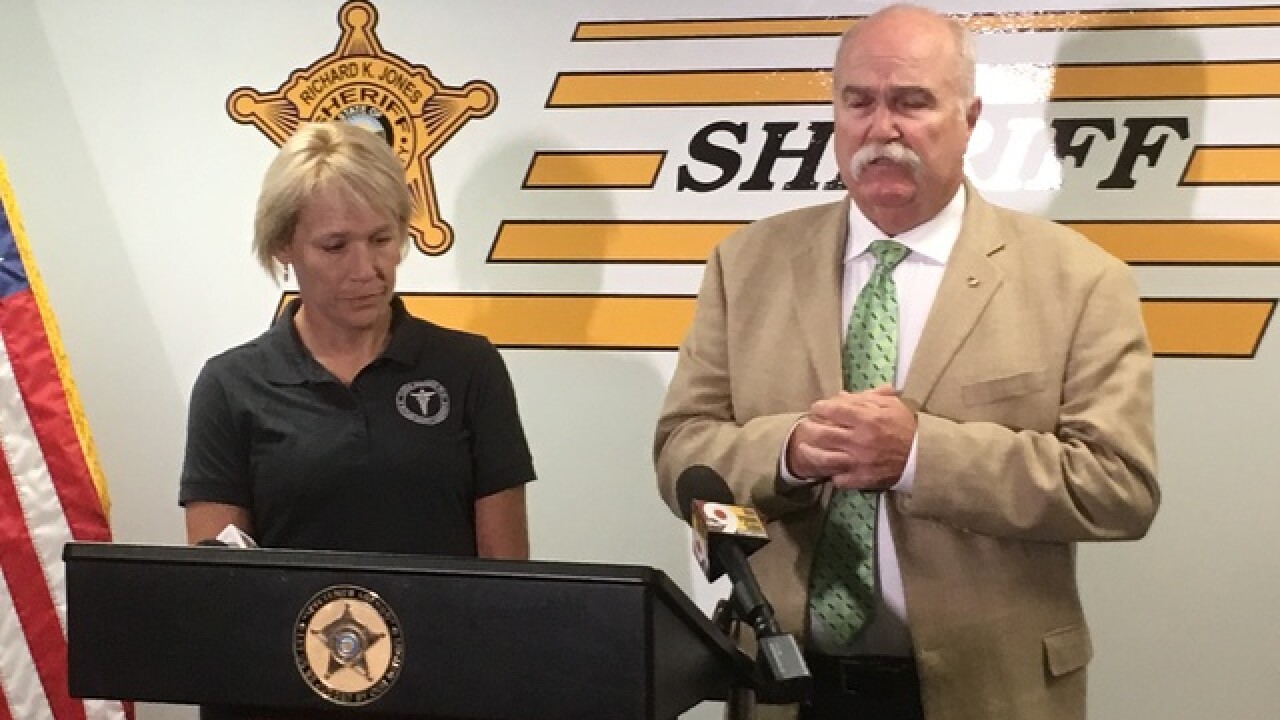 HAMILTON, Ohio --The Butler County Coroner, Dr. Lisa Mannix, couldn't have been more forceful in her objection to Ohio's Issue 1.

The goal of Issue 1 is to reduce Ohio's total prison population by letting out prisoners for low-level, nonviolent crimes — specifically drug possession. The bill would accomplish this by making drug possession, procurement and use no more than a misdemeanor.

The money saved would then theoretically be spent on rehabilitation programs for those addicted to drugs.

MORE:  What is Issue 1 in Ohio and what will it mean for Ohioans?

Wednesday, Mannix and Butler County Sheriff Richard Jones stood side by side and said it's a bad idea. Jones said judges will send pregnant addicted mothers to jail specifically to save the lives of their babies.

"I've had three babies born here, one in the toilet," Jones said. "They all lived but they're born to addicted mothers, but they're put here to try to save the baby's life."

He said if possession or use become a misdemeanor, the courts won't be able to intervene anymore.

"The judges sentence females here to try to save these babies' lives," Jones said. "The way we can do that is, if they have these charges on them, you can get them in. If this is a misdemeanor they can't come to jail."

Mannix believes changing the law in this manner will only result in more opioid deaths in Ohio, which in 2016 ranked second in the country.

"To be able to change the law and say, 'Oh just a small amount, that's OK,' that's all it takes to die from these synthetic opioids," Mannix said.

Additionally, the two railed against the idea that outside money was funding Issue 1.

"Somebody sending money from another state that has nothing to do with our local community, these are our people dying, these are our sons, daughters, mothers, fathers, babies that are dying from these opioids," Mannix said.

The Ohio Safe and Healthy Communities Campaign is leading the charge for Issue 1. They are funded by several groups including the Open Society Policy Center, the Chan Zuckerberg Advocacy and the Open Philanthropy Project Action Fund.