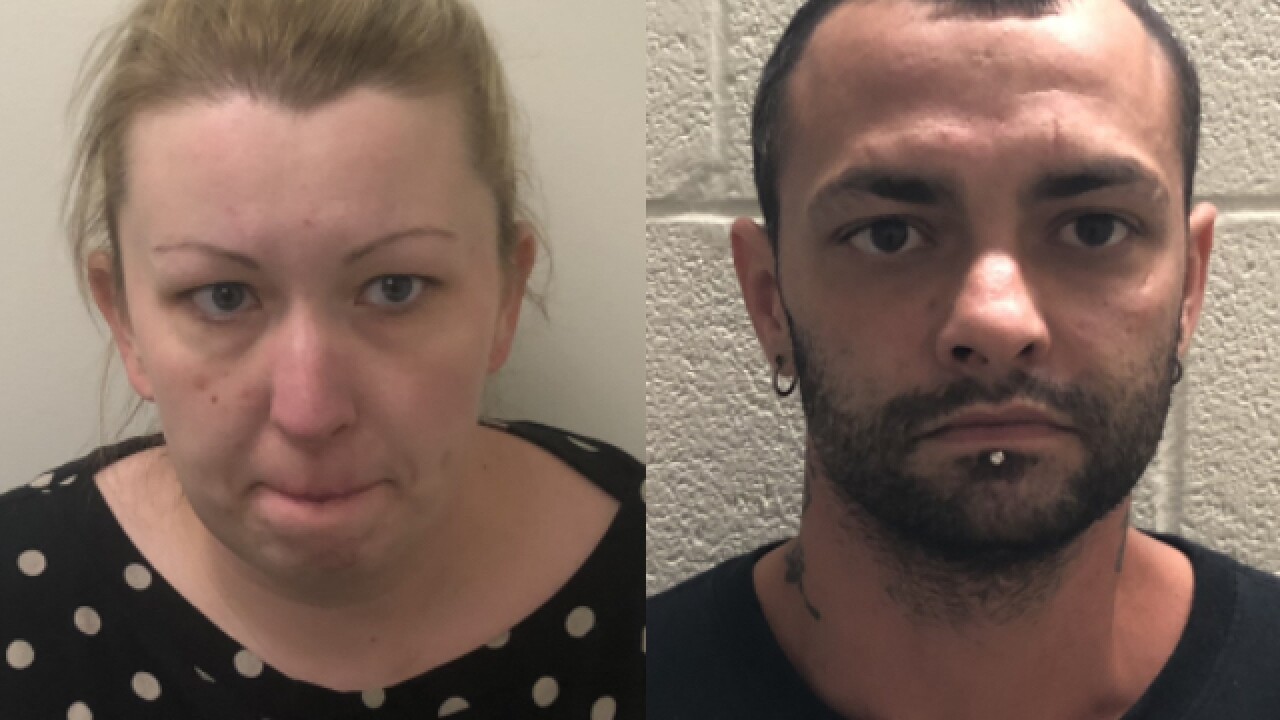 Copyright 2018 Scripps Media, Inc. All rights reserved. This material may not be published, broadcast, rewritten, or redistributed.
<p>Karen Spurlocn and Shane Sasher face charges in beating of 3-year-old boy.</p>

UNION , Ky. – A Boone County couple is in jail in connection with two beatings of a 3-year-old boy who lived with them, according to the sheriff’s office.

Karen Spurlock and Shane Sasher thought the boy, who was beaten about the face, had died when they tried to wake him up the morning after the attacks, according to a news release. They took the 3-year-old to the hospital and reported he had fallen down stairs.

Spurlock and Sasher, who live in the 10000 block of Irish Way, were arrested Friday and charged with complicity to abuse and assault.

Detectives said they learned the boy had been assaulted twice on Monday, then given Motrin and put to bed. Spurlock and Sasher didn't take him to St. Elizabeth in Edgewood until Tuesday. The hospital staff didn't believe their story and notified the sheriff’s office.

The sheriff’s investigation revealed that Spurlock and Sasher were the only other people in the residence at the time of the assaults, and they gave inconsistent statements to detectives, according to the release. Spurlock said Sasher told her to not to report the initial injuries the boy suffered during the first assault.

The 3-year-old had multiple facial injuries consistent with abuse, according to the release. His left eye was swollen shut and he had to get stitches to close a laceration under it. He had abrasions and contusions under both eyes and to his forehead, temples, cheeks and nose.

The boy was placed with a family member upon being discharged from the hospital.