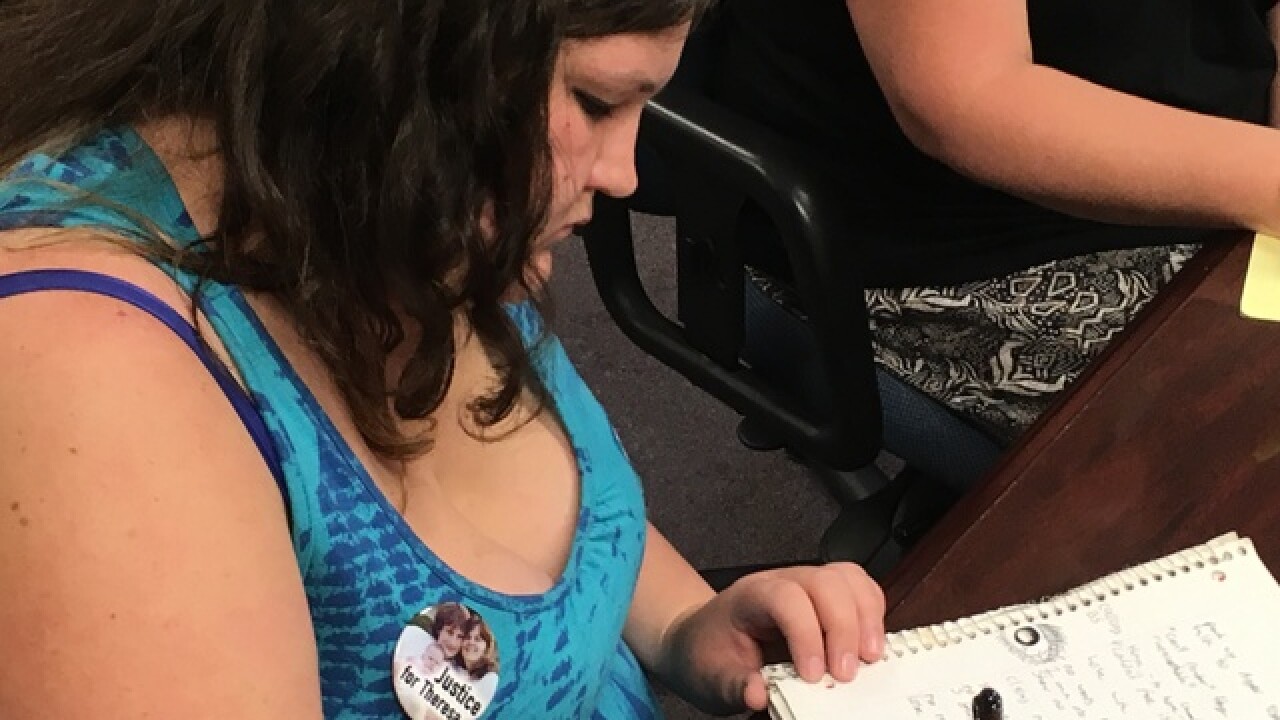 Tom McKee | WCPO
<p>Meghan Lindsley takes notes while the man convicted of murdering her mother speaks at his parole hearing.</p> 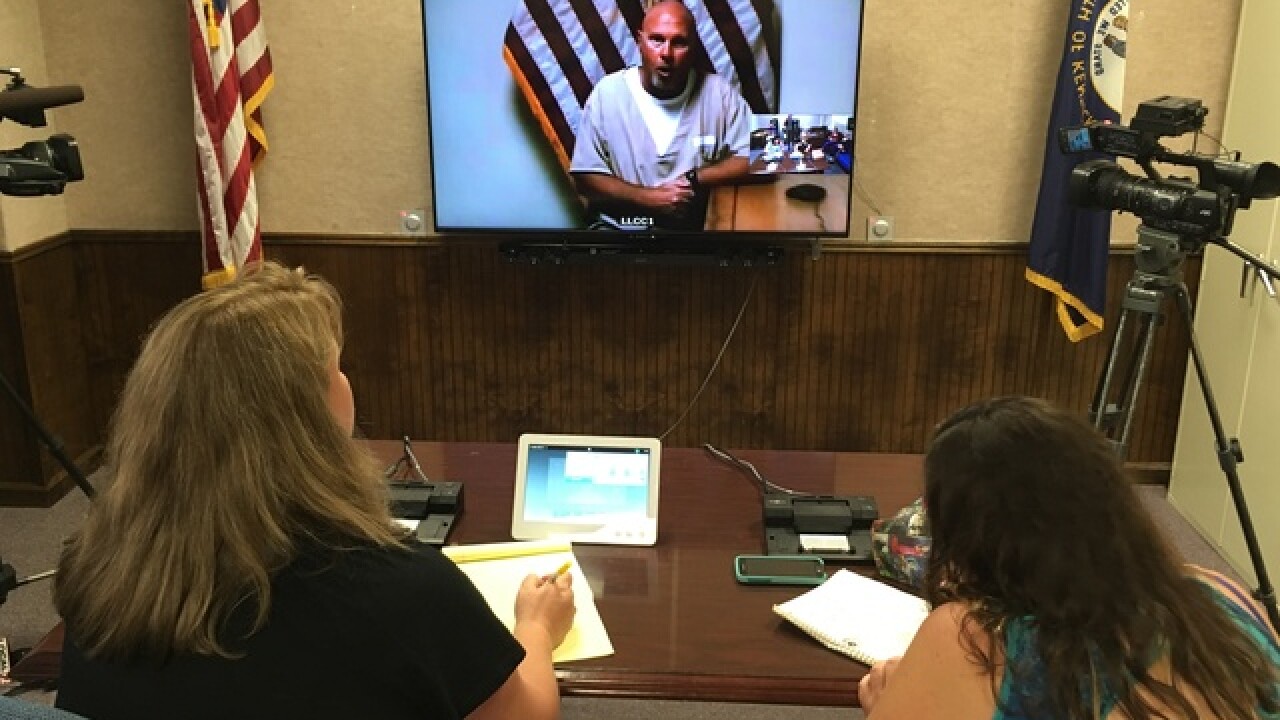 FRANKFORT, Ky. - Douglas Reynolds says he exploded because of personal problems that day in 1991 when he stabbed  a Northern Kentucky woman 57 times, but he never told Kentucky Parole Board members - or her daughter - Wednesday why he did it.

"Stabbed a woman 57 times is what they told me," Reynolds said during his parole hearing via video from the Luckett Correctional Complex.

Reynolds got a prison term of 25 years to life for murdering Theresa Lindsley in her Union home.  He's eligible for parole in October.

Reynolds, who was delivering water to the Lindsley home, says he doesn't remember the attack. The victim's husband was not home, but her 16-month-old daughter was there.

"Looking back now, they tell me I did it -- stabbed a woman 57 times. That's unacceptable in anybody's book. Unacceptable," Reynolds said.

Listening intently to the proceeding and taking notes was Meghan Lindsley, Theresa's daughter. She had her turn to speak to the parole board Monday, as did other family members and the prosecutor. Meghan pleaded with the board not to grant parole.

The board repeatedly asked Reynolds why he killed Lindsley, noting other people have problems as well.

"At the time I was going to lose everything -- my wife, my new car, my job. All that was just building up inside of me and I know it's a lame excuse. It's lame. I know it is, but at the time it caused me to explode," he said.

Reynolds says he's never reached out to the Lindsley family.

Meghan had hoped that Lindsley would say why he killed her mother. The only thing they've heard is Theresa lo9oked like Reynolds' ex-wife.

But afterward, Meghan resigned herself to never knowing.

"I don't think he will ever tell us," she said.

Meghan was asked if she had anything to say to Reynolds.

"Nothing that's really nice. He was honestly dumber than I expected," she said.

Now all she and her family and friends can do is wait.

There are two options on the table when the full parole board meets on Monday: keep Reynolds in prison for 10 more years then consider parole again,  or have him serve out the life sentence.